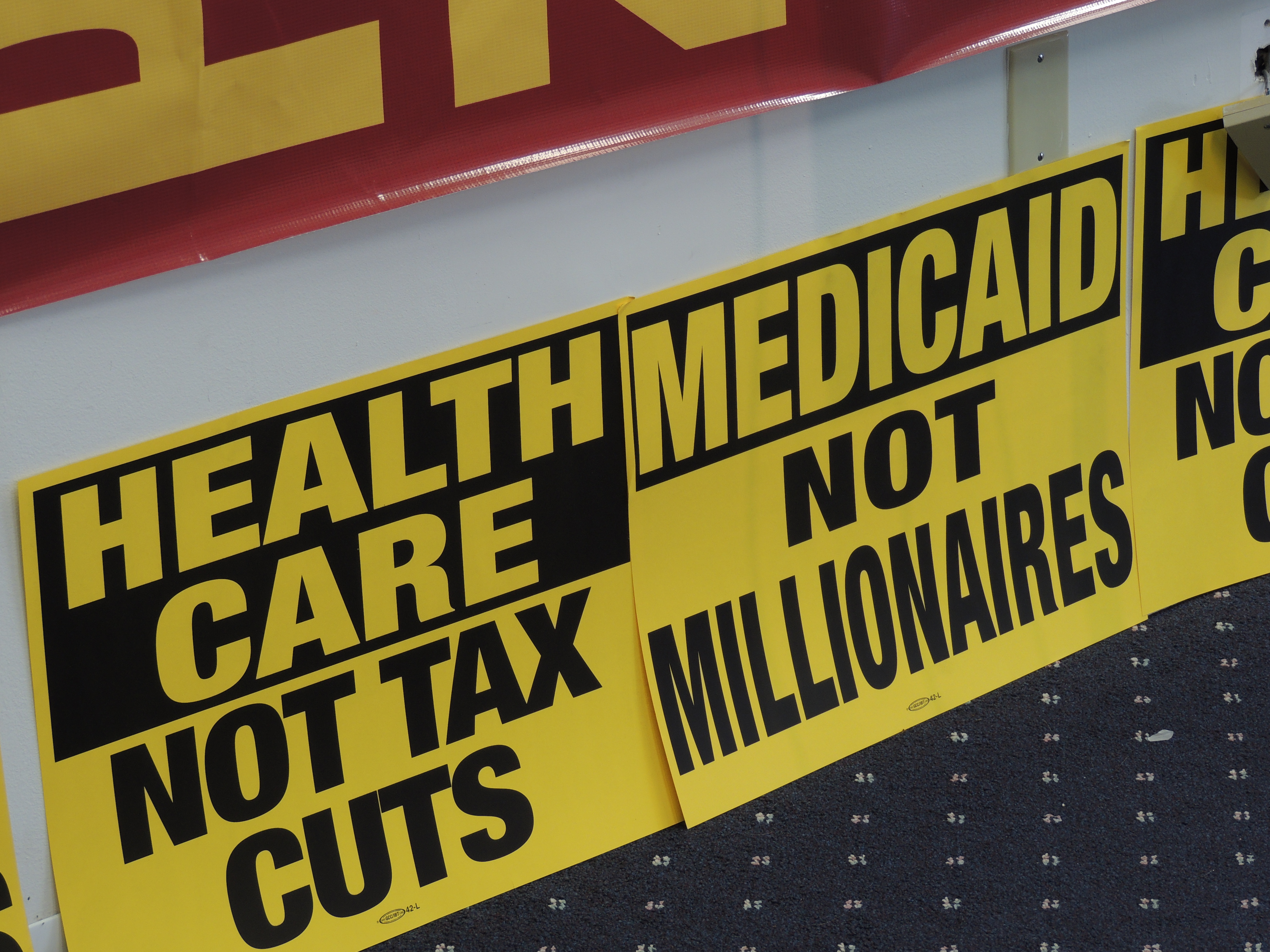 Republican leaders in the U.S. Senate have delayed a vote on their bill to repeal the Affordable Care Act and replace it with a “Trumpcare” bill that cuts Medicaid and reduces taxes; in a press conference Wednesday morning in West Tampa, a number of groups came together to oppose Republican plan.

An advocate for the AIDS Healthcare Foundation, Katherine Burston, held back tears as she talked about how seniors would lose health insurance. 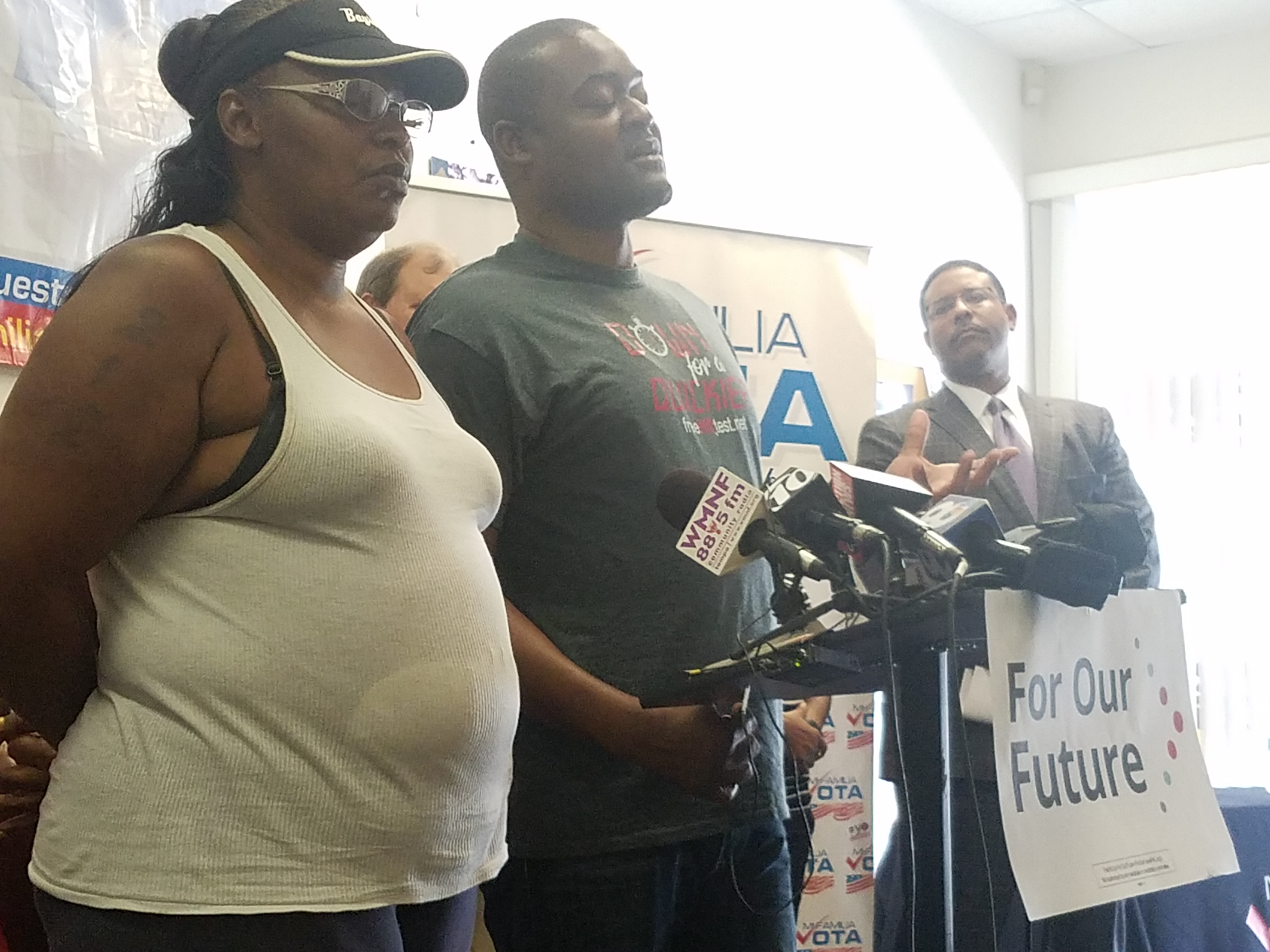 “You want to take away the little bit that we have left and it is so sad. And it’s so sad that people are feeling like– even our seniors. You wanna take away so much that we’ve pretty much worked for and you just want to push it off. You know, I’m asking our state legislators, whoever out there that is still for the people, to please let us have what belongs to us. Let us still have our Medicaid benefits without putting a chopping block on these things that we so deserve.”

But it’s not just seniors who would be hurt under Trumpcare. The Congressional Budget Office estimates that 22 million people will lose health insurance over the next ten years.

Rev. Russell Meyer — executive director of the Florida Council of Churches — says it shouldn’t even be called a health care bill – it’s really just an excuse to cut taxes, especially for wealthy people.

“The new testament says that the love of money is the root of all kinds of evil and this bill is evil because it’s about the love of money. What it does is it trades grandmother in the nursing home and grandchildren at the pediatrician so that the 400 richest families in America can have a little bit more money to buy yachts. That’s what this bill does and it’s absolutely evil.

“What Senator Marco [Rubio] and his colleagues need to come to an understanding of is that they have to project a vision of society, not just a theory of government. And the notion that we should just have a small government because small government somehow is good by itself is a lie. That’s branding. That’s marketing. It doesn’t do anything for the people who elect them.

“We need a real vision of society. A vision of society that everybody has a place and belongs and can flourish and do well and when they’re sick, can see a doctor who can help make them well. …

The Florida director of outreach for VoteVets.org, Jerry Green, says nearly 45,000 military veterans in Florida would lose their Medicaid coverage in the next ten years if the Republican bill passes.

“Efforts in Congress to cut Medicaid jeopardizes a critical source of healthcare coverage for veterans. Approximately 1.75-million veterans–and that’s nearly 1 in 10–have Medicaid as a source of coverage. This coverage ensures that veterans get the primary and specialty healthcare that they need, when they need it. About 340,000 veterans, nationally, receive coverage through the Affordable Care Act. Most of these veterans would likely lose that coverage if Congress passes the republican proposal to slash funding for the Medicaid expansion. Approximately 1.75 million veterans rely on Medicaid. Many of these veterans have extensive healthcare needs, as you can probably imagine. High-cost enrollees, such as veterans who require intensive care for conditions like traumatic brain injuries and musculoskeletal disorders, they are at particular risk if the program is cut.”

In addition to veterans, working men and women could lose their health insurance if the Republican plan is passed. Marc Rodrigues is with the Florida AFL-CIO labor union. 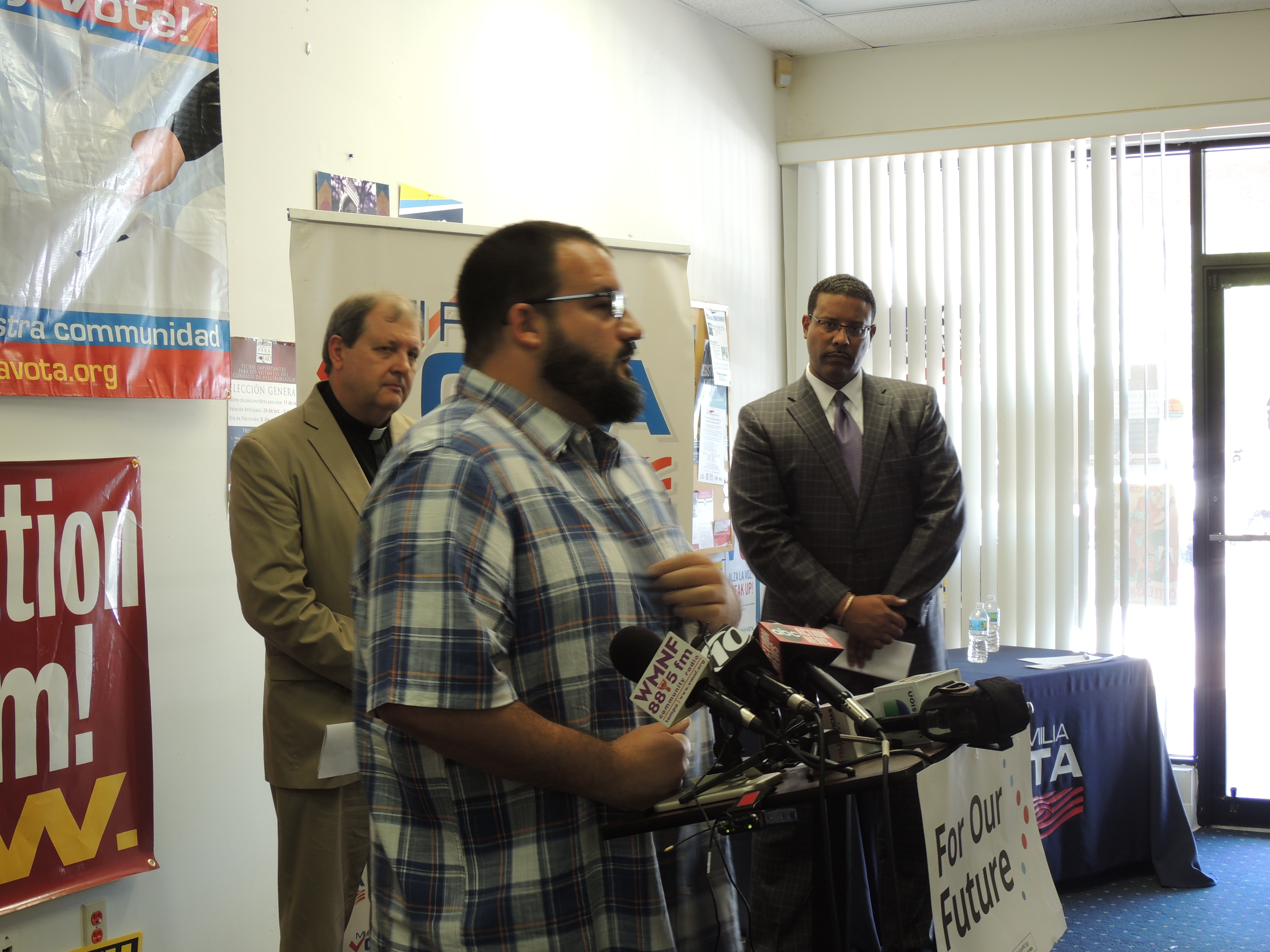 “You know where they’re not having press conferences like this? In the dozens of countries where health care is a universal right; where they have a single-payer system. And when you’re sick or you get hurt, you can go to a doctor or go to the hospital and not worry about going bankrupt or not worry about the thousands of dollars that you’re gonna have to pay.”

Sean Shaw is a Democrat representing parts of Tampa in the Florida Legislature.

“So I want to tell you the bill is evil. I’m disappointed that we have to be here to do it as well, but, we are here and we are active and we are close to stopping this, but, we have to maintain the pressure. 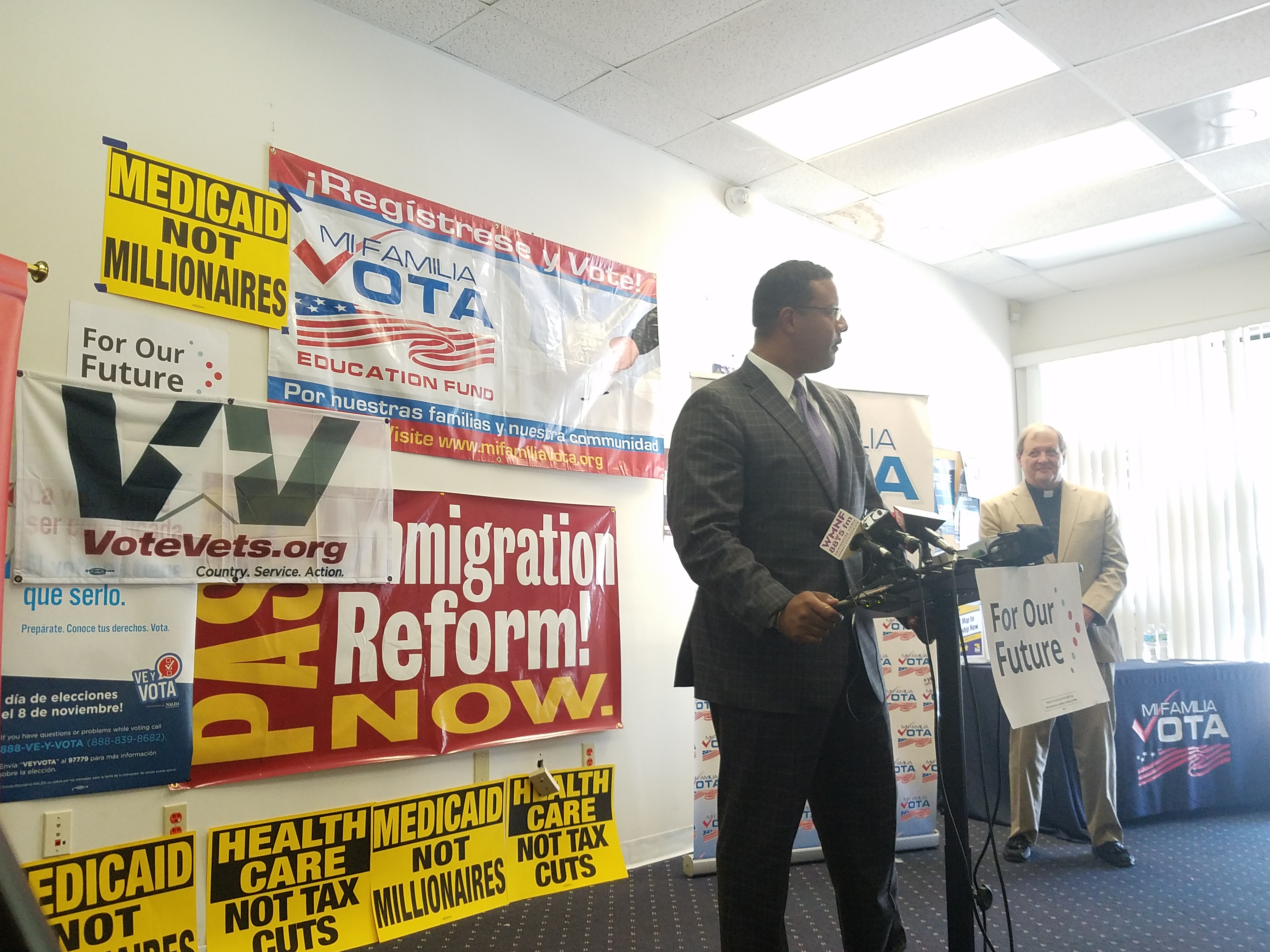 “But, why are we here? We’re here to tell you how bad the bill is. You’ve heard all these people tell you how bad it is. There is no corresponding press conference to tell you how good it is, because it isn’t. No one can sit in front of you and have a press conference and tell you why this bill is good and necessary other than to tell you: ‘When I ran as a republican, I told you I would repeal Obamacare.’ They would rather repeal Obamacare with crap than leave it as it is, doing good for this country and good for Florida. That is what we’re talking about today. And they would rather leave people on death’s door. They would rather cost jobs in Florida. They would rather have all these things happen than to admit we had made progress under Obamacare. And if our politics has reached that point, then we are in a sad, sad state of affairs. Which we are.

“You’ve heard a lot of these statistics and I don’t want to belabor them; 181,000 jobs, in Florida alone, are at risk. One health estimate says the repeal of Obamacare could result in the deaths of more than 43,000 people annually. That’s enough that– I don’t know why we need any more stats than that.”

The speakers stood near a cardboard cutout of Republican Senator Marco Rubio.

Watch the press conference, in two parts, below: