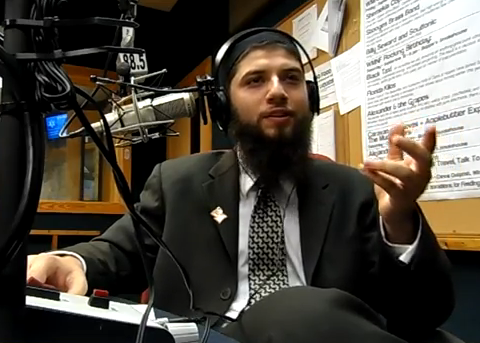 A local civil rights attorney has bought a handgun; so far, it’s not that surprising –but the attorney is the leader of the Tampa chapter of the Council on American-Islamic Relations, Hassan Shibly.

On WMNF’s MidPoint Shibly tells us why he feels he needs to arm himself as protection after a series of anti-Muslim attacks in town and why he was profiled in The Huffington Post.

“Well the reality is, unfortunately, in the state of Florida there’s been an over 500% increase in anti-Muslim hate-crimes and hate incidents and violent attacks against members of the Muslim community, including minorities, who are not even Muslim, but, perceived to be Muslim. This is all coming directly from the extremely toxic, divisive, unconstitutional, and hateful xenophobic, Islamophobic, rhetoric coming from candidates like Donald Trump, who are dehumanizing the Muslim community, and frankly, inciting acts of violence.

“There’s been multiple incidents and in the last month we’ve seen about 6 mosques burnt down, here in Florida and targeted intentionally by arson.

“We’ve often been able to, unfortunately, make a direct link and connection between those who have attacked and assaulted people perceived to be Muslims and themselves being big supporters of candidates like Trump and his anti-Muslim policies. I mean, he’s openly spoken about making Muslims wear special I.D. cards, putting us in databases, banning us. I mean, he’s said the most atrocious things.”

“You know, I’ve owned rifles for years and to be honest, I’m not a big fan of having a handgun on one’s body at all times. I think they’re, obviously, a very dangerous weapon; nothing to be taken lightly. In fact, statistically, many people are often more likely to accidentally hurt a loved one than they are to use, you know, a handgun against somebody threatening them. In fact, you know, you read, like in 2014, more people in America were killed by toddlers, wrongfully using a handgun, than they were killed by terrorists, in this country.

“So, owning a handgun is nothing to be taken lightly. Unfortunately, due to the dramatic increase in death threats and violent attacks against our community, as well as the regular mass shootings we hear about happening, almost daily in this country, I’ve reluctantly become an owner of a handgun.

“And to be honest, I’m not the first nor the only person, that works in my office or my organization, that carries. Nor is the gun that was featured, the only weapon at our disposal. I just feel like we can’t take any risks.”