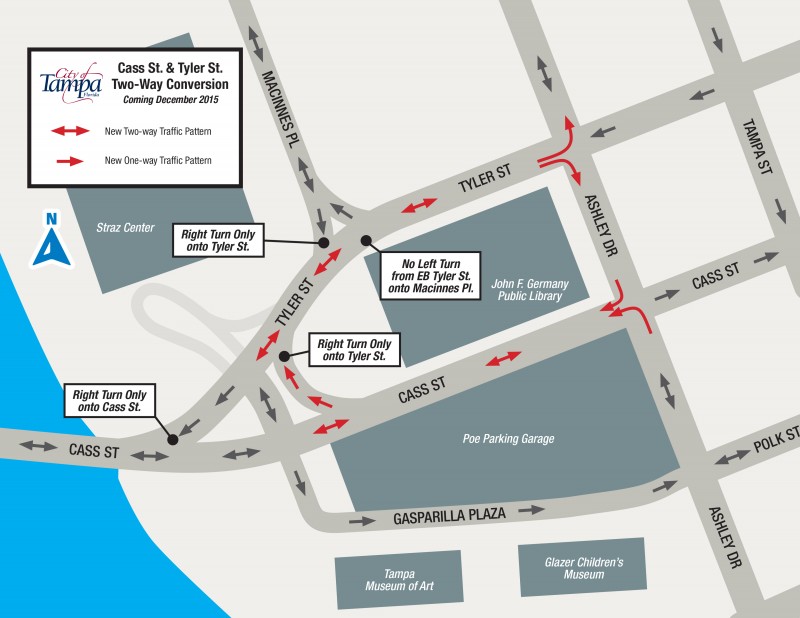 Many of the one-way streets in downtown Tampa are being converted to two-way traffic as part of a process called the Invision Tampa Center City Plan. Next up are some east-west streets near the downtown library. Beginning at 10:00 p.m. Thursday the city will make a transition from the old traffic signals to the new ones making parts of Cass and Tyler Streets two-way.

Jean Duncan, the director of the City of Tampa’s department of transportation and stormwater services expects that by July of 2016 Tampa will finish converting those streets east to Orange Street. Cass Street will have a barrier-separated bicycle path that will eventually be part of what’s being called the green spine.