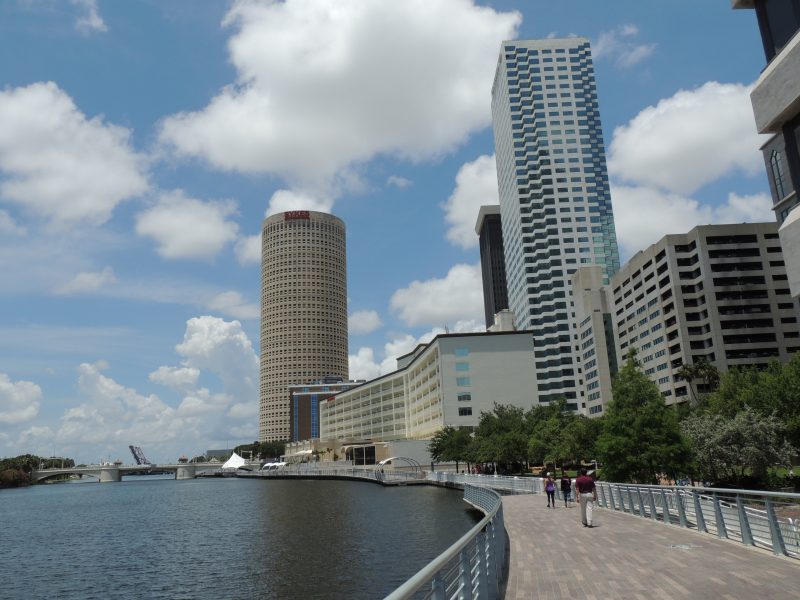 On Tuesday, the City of Tampa gave an update to an ongoing study looking at the impact of sea-level rise in the region. The City expects up to 8 feet of sea-level rise by the year 2100 and hopes to shape regulations and policy to be ready for it.

For engineers and planners the question isn’t if or even when, but how much. Maya Burke of the Tampa Estuary Program said the seas around the Tampa Bay area have been rising for decades with drastic increases proected.

“We’ve measured 7.8 inches of sea-level rise at the St. Petersburg tide gauge since we first started reporting sea levels back in 1946,” Burke said.

All the way up

But projections show that number is about to go way up. While the last 75 years might’ve seen less than a foot of rise, Tampa Bay Climate Science Advisory Panel shows the next 75 will see at least two feet of rise. And that’s on the low end. Burke said there’s a 96-percent chance it’ll be higher. The recommended projection is 8.5 feet of rise in a little under 80 years. Humans can largely thank themselves.

“We are explicitly acknowledging the connection between our human behaviors, our choices,” Burke said. “And those effects that we’re likely to see with respect to sea-level change.”

Curbing greenhouse gas emissions could mitigate rise. The 8.5-feet projection assumes emissions stay at the current level and accounts for ice sheet instabilities. It’s the high end for the “very likely” scenario. According to those projections, sea level around the bay area could rise nearly two feet by 2040 and close to four by 2060.

In Tampa, that rise could encroach on open land, commercial, residential and historic properties in south Tampa, near the airport, downtown and along the Hillsborough River. As seas rise, especially with higher projections, Brian Cook, a research professor at the University of South Florida, said it’s not just the water we see that can be an issue.

“It moves through the geology and through the soil as much as it does on land,” he said. “So one other thing to be thinking about as far is impacts are increased ground water levels.”

Cook said those ground water levels can lead to sunny-day flooding, where you don’t even need a rain event to flood streets. And that can have devastating economic impact. A Pew Research study found businesses in an Annapolis district that saw a rise in sunny-day flooding over two years lost about $200,000 a year.

Tampa Bay hasn’t had that problem just yet. But groundwater has already encroached on Florida’s aquifer, forcing expensive desalination projects and rendering some wells useless.

A Crescent City save

But all hope isn’t lost.

Tampa has already begun some efforts to combat sea-level rise. There are incentive programs and overlay districts – think the waterfront and riverwalk districts. But more needs to be done to modify comprehensive plans for future projections.

Andy Sternad, an architect with Waggonner and Ball, has been working around the country, including post-Katrina New Orleans to modify the city’s engineer-focused water mitigation design. That older mentality, he said, was largely based on walling of the city from the Mississippi River. Overtime, it sunk the city and put it more at risk.

“New Orleans, a walled city fully surrounded by levees, walled ourselves in and have sunk ourselves inside of that system.”

Now, they’ve incorporated a “live with nature approach” incorporating the lands natural features into design. Sternad said the investment can be big, but the payoff bigger. A $6 billion infrastructure investment in New Orleans led to $20 billion of economic impact.

But no matter the city, Sternad said it’s got to start with educating future leaders. That was another part of the plan to save New Orleans.

“Start with these kids when they’re in kindergarten. By the time you get to fourth grade, eighth grade, they’re able to engage the process, the politics of these issues in a completely different way.”

Tampa will next hold two community meetings ahead of completing an analysis of regulatory options and producing a best-practice report for existing development. The study should complete in April.