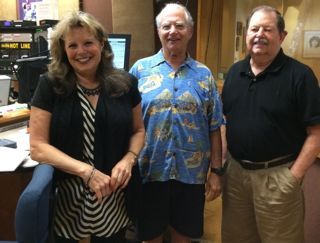 The disappearance of the three papers ushered in an era where two papers emerged as dominant and fought for audience share right up the coast from Pinellas and Hillsborough northward to Pasco, Citrus and Hernando counties. Those papers are still dominant today- The Tampa Tribune and the Tampa Bay Times- formerly the St. Petersburg Times.

The Tampa Tribune, was founded in 1895 and in 1969 it was bought by a conglomerate – Media General and later- in 2012 it was sold to a group of investors….Los Angeles-based Revolution Capital Group.The purchase price was reportedly $9.5 million.

The Tribune once had a large editorial board, a strong presence in Tallahassee and bureaus all over West Central Florida. Like all newspapers- in the last fifteen years they’ve faced declining revenue and in turn have had to lay off staff, close bureaus and even downsize the number of pages they print. The situation has led to fewer reporters scrutinizing government, business and the issues that people care about.

In response to a listener comment at the top of the show today about companies that profit from war, here is further information: