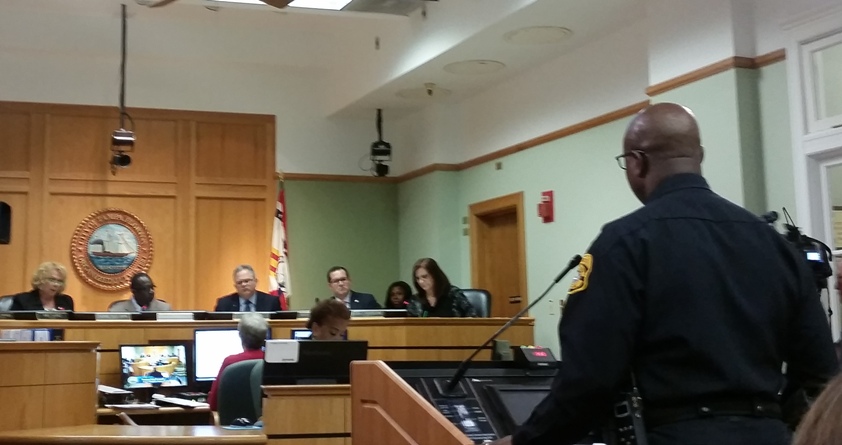 Later this month Tampa City Council will workshop the idea of a citizen board to review police activity. That decision came Thursday afternoon in what started out as a citizen-driven call for oversight of the Tampa Police Department but morphed into what the City Council attorney says could be the “most significant” thing that he has seen in his 11 years representing council.

At stake now is not just which government branch has the power to create a citizens oversight board but it has become a heated power struggle between City Council and Mayor Bob Buckhorn that played itself out during a marathon meeting.

The city’s attorney Julia Mandell, who was appointed by Buckhorn, said that only the mayor has the power to create a board to oversee the police. And that’s something he did by executive order last Friday. That prompted some on council to call it a “preemptive strike.”

But council’s own attorney Martin Shelby told city council Thursday that it does have the legal right to legislate a citizens review board to oversee police activity.

Council member Yvonne Yolie Capin wants to create a strong police oversight board and wondered during the meeting if the city’s attorney has a conflict of interest giving advice to both the Mayor and council. “What we are looking at is epic,” she said.

Many citizens want oversight of Tampa Police activity in light of violent police actions and the fact that until recently police had issued hundreds of tickets to bicycle riders — most of them black.

During Thursday’s meeting forty members of the public said the review board that Mayor Buckhorn has proposed is not enough. Local representatives of groups like the ACLU of Florida, the NAACP and CAIR joined a new grassroots movement called Tampa for Justice to demand a strong civilian review board with subpoena power.

Citizens, like Connie Burton, were also upset that Mayor Buckhorn has proposed that he would appoint nine of the 11 members of the board.

Joyce Hamilton Henry, the director of advocacy with the American Civil Liberties Union of Florida, opposes Mayor Buckhorn’s “St. Petersburg” plan in favor of a strong civilian review board with subpoena power like Miami has.

Video of City attorney vs. City Council attorney. Who is right?

The idea that Council will consider in a workshop on September 24 would adopt Mayor Buckhorn’s executive order but would change the number of appointees by City Council from two to seven.

Charlie Miranda voted against the workshop saying a review board is the Mayor’s decision.

New police chief Eric Ward spoke briefly, saying he and the Mayor had chosen a model based on one implemented in St. Petersburg in 1991. He said that panel had reviewed 208 cases in the last six years and made seven recommendations. He did not know what the recommendations were or whether they were implemented.