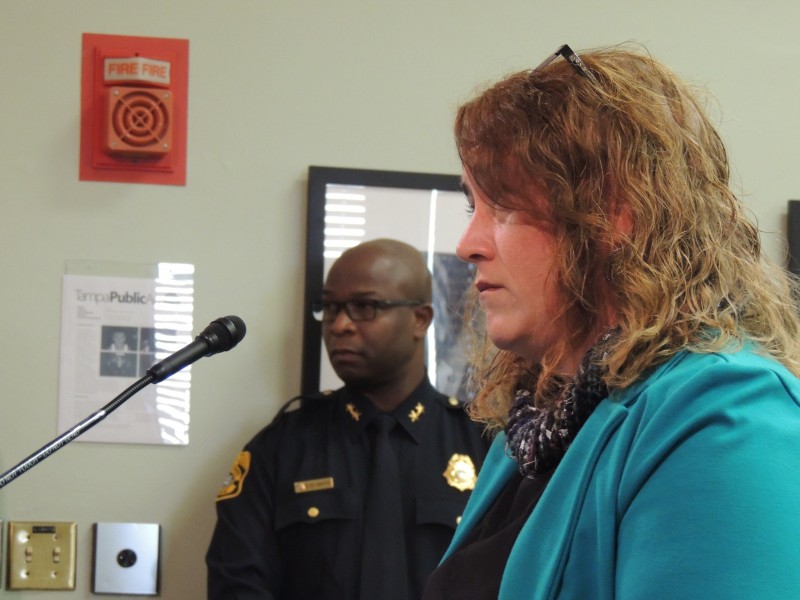 Tampa’s City attorney has retained an outside attorney to answer conflict of interest questions that have come up while the city is debating the specifics of a citizen board to review the Police Department. Gwynne Young with Carlton Fields will be paid $10,000 for opinions on who the clients are that are represented by the City attorney and by the City Council’s attorney. They have different opinions on whether City Council has the authority under Tampa’s charter to create a citizen review board.

The head of the police officer’s union has said his officers don’t want a review board. But after he spoke at Tampa City Council this morning, Police Chief Eric Ward says although the union represents 1,000 officers, he hasn’t heard opposition to the board.

“…My job as the manager of the City of Tampa Police Department is on the other end of it. I hadn’t got that same response [from] the officers that I see on the street. But that’s the union’s opinion. … What’s important is that we have nothing to hide and the officers do a great job. And I think moving forward it will prove that, whether we have a [citizen’s review] board or not.”

Some Tampa City Council members feel that Mayor Bob Buckhorn did an end-around the council by using an executive order to create what many feel is a weak review board. The only council member to vote two weeks ago against city council looking at ways to alter Mayor Buckhorn’s citizen review board was Charlie Miranda. He believes the only way to give council the power for a police review board is to change the city charter.

Here is the end of the discussion, where Miranda lays that out, followed by Council Chair Frank Reddick, who feels the Mayor may have gone too far.

During public comment four people spoke out about what a good job Tampa Police are doing.

“We’ve arrived at this point due to lack of communication. And that’s how I look at it. And it begins with a 2:00 [p.m.] press conference on a Friday [by Mayor Buckhorn] and the announcement that was made for the creation of this board. Whereas it should have been a discussion between Mayor and council members as to how we could have come to a common consensus on this. And I think we could have avoided a lot of these issues. Now we’re going into the charter. And who’s right and who’s wrong without really finding solutions and as Councilman Miranda brought up, spending 10,000 for an outside opinion. Fine, it has to be done. But it looks like a war between the Mayor and the Council, the Council and the Police, the Police and the this and the that. And I just feel we may get somewhere today, we may get somewhere next Thursday but in the meantime it just looks like a mess.”

Listen to the full discussion here:

More videos of the meeting: