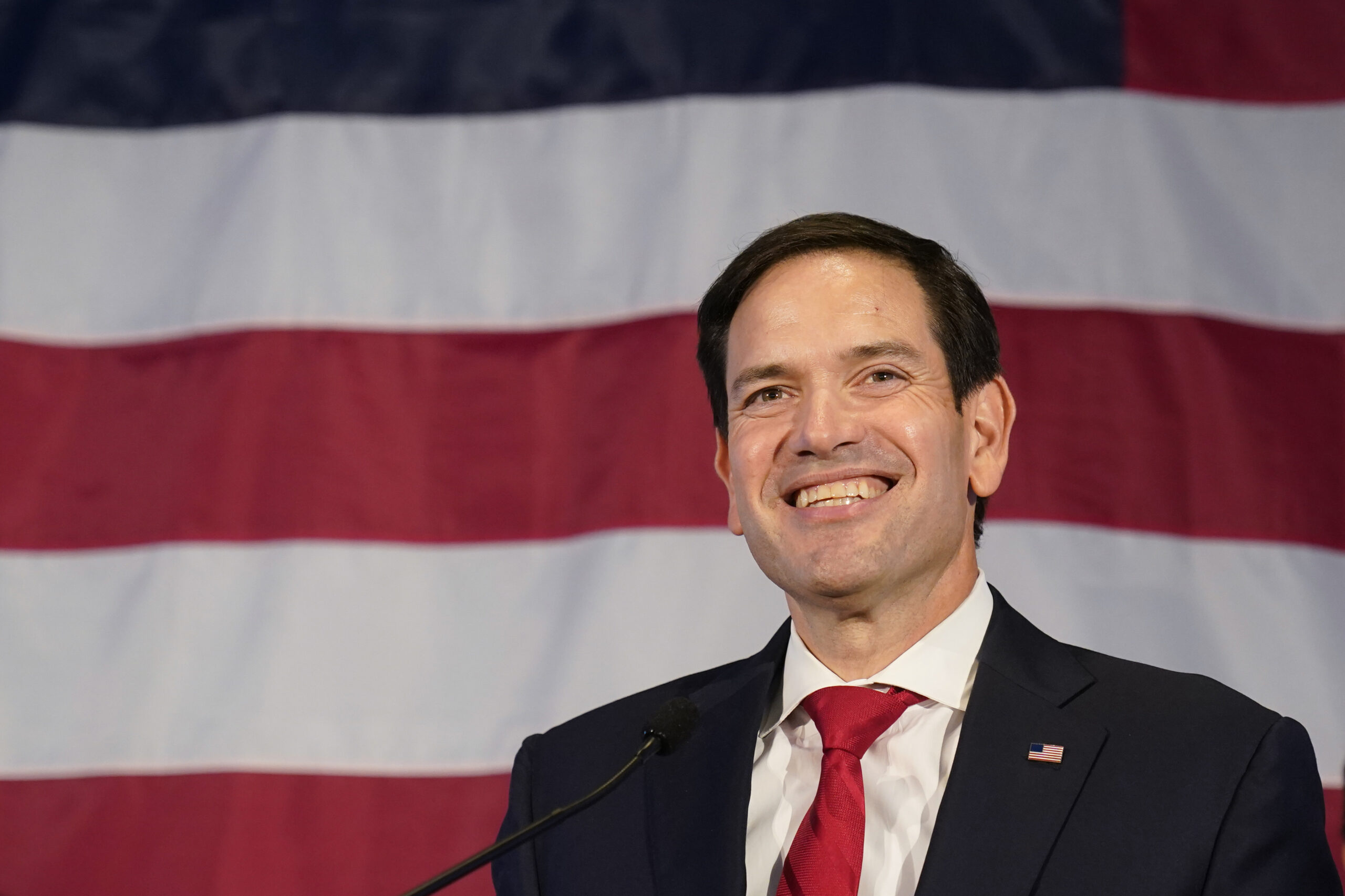 Call it what you will, Republicans overwhelmed Democrats in Tuesday’s elections in Florida.

Gov. Ron DeSantis was a heavy favorite over Democrat Charlie Crist, but Florida hasn’t seen a whipping like Tuesday night since 1982, when then-Gov. Bob Graham won re-election by more than 29 percentage points. DeSantis won by more than 19 points and lost in only five Democratic strongholds — Alachua, Broward, Gadsden, Leon and Orange counties.

Through much of the campaign, U.S. Senate candidate Val Demings appeared to be the Democrats’ best hope for a big win. But then came the reality of election night. Republican incumbent Marco Rubio crushed Demings by more than 16 percentage points and lost in only six counties — Alachua, Broward, Gadsden, Leon, Orange and Palm Beach — as he won a third term.

The narrative has long been that Florida is a purple state, but Republicans, with a few exceptions (hello, Barack Obama), have regularly trounced Democrats since the 1990s. Tuesday took that to a new level. The highest-profile example was in Miami-Dade County, where DeSantis and Rubio won easily. But the GOP also won in places such as Osceola County, where Democrats have a large registration edge.

In addition to losing the races for governor and the U.S. Senate seat, Democrats barely competed in the elections for attorney general, agriculture commissioner and state chief financial. The result is that, as of January, Democrats will not have a statewide office-holder for the first time in at least modern history. Democratic Agriculture Commissioner Nikki Fried decided against seeking re-election this year and unsuccessfully ran for governor.

If national Republicans come out of the vote-counting with a slim majority in the U.S. House, they might want to thank DeSantis. He pushed a redistricting plan through the Legislature in April that helped lead to Republicans gaining four U.S. House seats in Florida. As another sign of the impact of redistricting, only one congressional race Tuesday was decided by fewer than 5 percentage points.

State Senate Democratic leaders called them the five “frontline” candidates. But Sen. Loranne Ausley, Sen. Janet Cruz, Joy Goff-Marcil, Janelle Perez and Raquel Pacheco all lost their priority Senate races Tuesday by margins of 6 percentage points or more. The results mean Republicans will hold a 28-12 “supermajority” in the Senate that, for procedural reasons, gives the GOP near-total power to pass its priorities.

Like their Senate colleagues across the fourth floor of the state Capitol, Republicans cleaned up Tuesday in House races. With one race appearing headed toward a recount, according to unofficial results, Republicans are expected to hold about 85 seats in the 120-member House. The GOP won almost every battleground race and unseated incumbent Democrats Carlos Guillermo Smith in Central Florida and Andrew Learned in Hillsborough County.

The New York Post didn’t waste any time. The cover of the tabloid Wednesday blared “DeFuture,” with a picture of DeSantis and his family. DeSantis’ rout Tuesday of Crist will only add fuel to the speculation about whether he will run for the White House in 2024 — and take on former President Donald Trump in the GOP primary. Trump could announce his candidacy as early as next week.

Crist has been a fixture in Florida politics since he was elected as a state senator in 1992. After getting elected as a Republican lawmaker, education commissioner, attorney general and governor, he has lost an independent bid for U.S. Senate in 2010 and Democratic bids for governor in 2014 and this year. It is unclear what, if anything, his political future might hold.

The knives started coming out Wednesday morning, as the Democratic Progressive Caucus of Florida called for state Democratic Chairman Manny Diaz to step down. But, to put it mildly, the state party faces huge challenges if it hopes to be competitive going into the 2024 presidential election. Donors and the national party focused on other states this year, a good indicator of how they viewed Democrats’ chances in Florida.