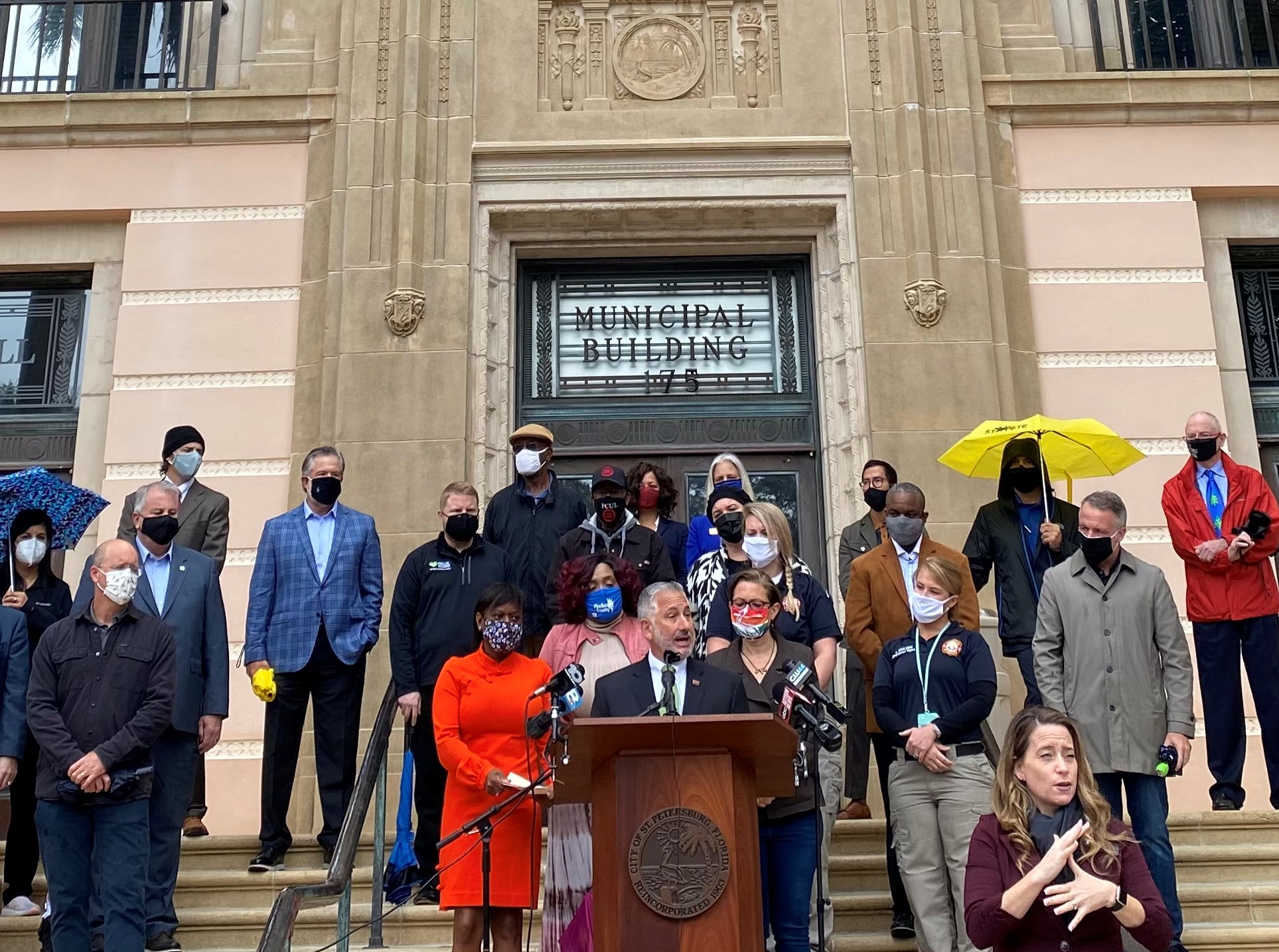 With the $1.9 trillion American Rescue Plan now law, Florida is set to receive billions in funding along with direct payments to citizens. St. Pete Mayor Rick Kriseman joined Michigan Governor Gretchen Whitmer and others on a call Thursday to discuss the importance of the bill becoming law.

Also joining the call was Milwaukee Mayor Tom Barret. He said the last year has doled out unprecedented challenges to Americans. Not only did the COVID-19 pandemic nearly pop the tires of America’s economy, folks had to deal with never-before-seen levels of unemployment and civil unrest.

He wondered when help would come. Now, he said, he wonders no more.

‘Peace of mind is on the way’

Citing a need to get stimulus money to Americans as soon as possible, President Joe Biden signed the bill into law Thursday afternoon. He originally planned the signing for Friday. The massive spending plan includes $1,400 direct payments to most Americans; addresses rising costs of healthcare; further funds the vaccination effort; helps fund staffing and PPE equipment so schools can open safely; and sends billions in direct aid to state and local governments.

Whitmer said the country can breathe a sigh of relief.

“Hundreds of millions of Americans will be able to go to sleep and know that resources and financial stability and peace of mind is on the way,” she said.

The $1,400 combined with the last stimulus payment of $600 gets to the $2,000 former President Donald Trump, along with Biden and other Democrats, pushed for in the waning days of the Trump administration. Florida Senators Marco Rubio and Rick Scott also said they supported $2,000 direct payments but joined fellow Republicans in voting against the bill.

It isn’t the bi-partisan legislation Biden had hoped for. The bill passed the House and Senate along party lines. But Kriseman said relief is about people, not politics.

“Joe Biden isn’t paying politics. American mayors and governors, we’re not playing politics. We don’t have time for that,” he said. “We are elected to serve and help the people and the American Rescue Plan does exactly that. It helps Americans.”

Under the plan, Florida will receive more than $17 billion. About $10 billion will go to the State directly with the other seven being split between local governments.

Despite the bills overwhelming popularity with Democrats and Republicans throughout the country, Scott has gone as far to tell states and cities set to receive money that should send it back.

But Kriseman said not so fast. St. Pete has spent about $18 million in unbudgeted money to support the city and provide aid to small businesses. He said the American Rescue Plan helps reimburse the city and allows it to put money back into programs addressing things like climate change and social and racial equity in the city.

“We’ve been put in a position where we were having to make some difficult decisions,” Kriseman said. “This will help relieve some of that pressure.”

Local governments get to decide how they spend their money, but it’s expected to help continue programs addressing housing, small business relief and more.

And there’s the health costs which have become ever crucial during a yearlong global health crisis.

Jessie Green is a small business owner in Pennsylvania. She said the Affordable Care Act allowed her to get her family and business health insurance. But as time went on the marketplace became an overwhelming cost. At one of the lowest levels of coverage, her monthly premium for three people was $1,700 a month. About 20-percent of her income.

With the rescue plans signing, Green said little weight was lifted off her shoulders.

“When I heard and I read that this plan is going to limit my contribution to 8.5 percent of my family’s income, I literally wept for joy,” Green said. “It is amazing, it is everything to us. It is a complete game-changer.”

The Biden Administration expects checks to start going out next week. Now that the bill is law, State governments can also start discussing how to divide funds.