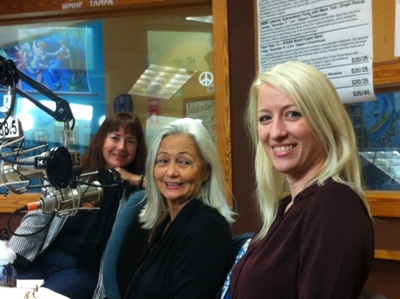 Today Radioactivity we share a special debate hosted by Jennifer Sullivan. She welcomes guests DeeVon Quirolo & Sara Engdahl a spokesperson for Cemex Mine Corporation. DeeVon Quirolo, of Brooksville, speaks on behalf of the group Neighbors Against Mining. The shows covers very controversial proposed expansion of Cemex’s mine off of SR 50.

The local P&Z voted 4 to 1 against it, but depending on the election, the county commissioners could still approve this. As it is, even though the P & Z hearing was this summer, Cemex had the commissioners hearing moved to December 9th. Which helps to keep the crowds of opposition away, because of the holiday.

Later on the show, Rob speaks with Deanna Willsey with the Tampa chapter of The United Way about nearly half of area households in Florida’s Central West Coast are struggling to meet basic needs.