Home Blog News and Public Affairs Economy The Fairness Doctrine with Jennifer Sullivan, and the threat of fishing pirates in the Gulf of Mexico 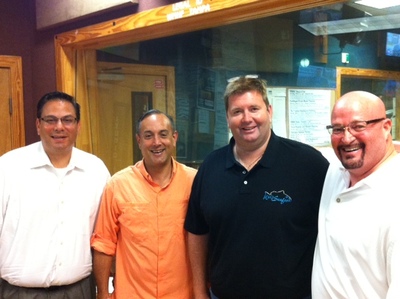 We have the April edition of The Fairness Docrtine, a debate-styled talk show hosted and Jennifer Sullivan. Today’s episode tackles the timely topic of mandatory vaccinations, which has garnered a lot of buzz since an recent outbreak of measles late last year in California. In many states vaccinations are mandatory for all school age children but some parents can refuse through medical ,religious, or personal belief exemptions (Florida allows Medical and Religious Exemptions only). Since the outbreak in California,however, many believed any exemptions besides an Medical issue should be repealed. Alan Phillips is a Tampa-born attorney who specializes in vaccine exemption and waiver law and supports vaccine choice, joins us to argue against mandatory vaccination.

Then we talk to several members of Florida’s fishing industry about illegal fishing in the Gulf of Mexico by Mexican pirates. These pirates and other foreign nationals poach millions of pounds of fish from U.S. waters, undermining regulations to prevent overfishing and threatening coastal economies. Congressman David will meet with business leaders at John’s Pass to discuss efforts to stop illegal fishing, including a bill aiming to strengthen enforcement and reporting mechanisms. Joining us to talk about the poaching are William Ward with The Gulf Fisherman’s Association; Roly Marante with Marante Strategy Group; Julio Fuentes,President of the Florida State Hispanic Chamber of Commerce; and Jason Delacruz with Wild Seafood.