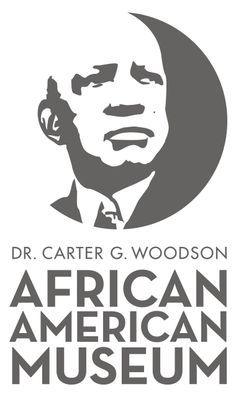 The city of Saint Petersburg is poised to buy the Dr. Carter G Woodson African-American museum. This move was announced two weeks ago by Mayor Rick Kriseman and Deputy Mayor Kanika Tomalin during a press conference at the museum’s building which is at the center of the dispute. As the dust settles on the city’s proposal the museum’s administration is reservedly upbeat about the future of the museum’s location.

In January The Housing Authority voted to sell the building and told the museum its lease would expire in six months. This set off community pressure and support for the preservation of the museum. Ray Arsenault, USF professor of history and Woodson museum board member, said closer examination by the feds of key documents started the ball rolling.

“a Housing and Urban Development group came. They stated unequivocally that under the Hope 6 Grant that created the and allowed us to have the museum.”

The Woodson Museum board had difficulty just getting a copy of the Hope 6 grant. Arsenault thinks he knows why.

“For the longest time we couldn’t even get a copy of the Hope 6 Grant. So, we really didn’t know what latitude we had in terms of buying the building; selling the building. It was just crazy that we were sort of being stonewalled. Be told; ‘well, you can have the document, but it will cost you $500. So it was clear that someone didn’t want us to see it. Because I think it had certain statements in it that were to our our favor in terms of maintaining it as a museum that it could not just be bought by somebody and turned into a restaurant or whatever.”

The future of the current location of the Dr Carter G Woodson Museum, the only African-American museum in Saint Petersburg, seems rosier. Terri Lipsey-Scott, the museum’s chair of the board, said the reality is that the museum is still on the verge of eviction.

“now they can still vacate us and we have a July 15 vacate date. But with the city coming forth now, stating that they are, in fact, interested in buy the property; we’re requesting them to revisit the vote that was taken for a vacation date of July 15. We’re hopeful that the board will consider renewing or extending our lease agreement but to this date it hasn’t been suggested.”

The Woodson Museum is located in the Deuces, a historically black neighborhood. It is one of the center pieces of the St Pete African-American Heritage Trail. The trail criss-crosses 22nd Street South and 9th Avenue South and details African-American historical buildings, people and events within the neighborhood. Ray Arsenault, who was one of the expert historical advisors of the trail, said the building that houses the Woodson Museum has a rich and important history.

“ See, they tore down the original Jordan Park housing project and rebuilt it. The only thing they left standing was this community center. Which is an historic building in its own right. It was the staging ground for the sanitation workers strike of 1968 which was really the biggest event in the Civil Rights movement in Saint Petersburg.”

A resolution to the museum crisis has not yet been finalized and the Mid-July vacate date still stands.