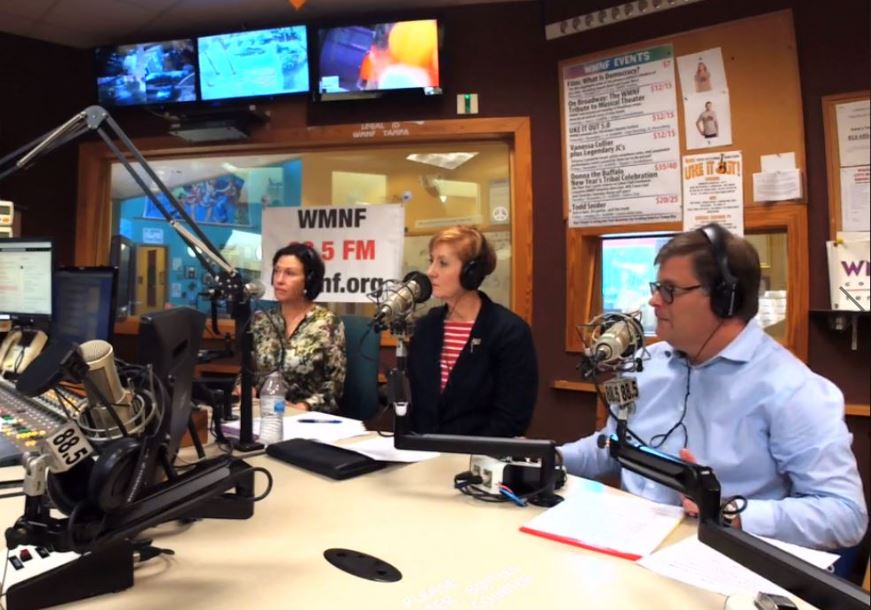 The first part of this program was videotaped and put on our WMNF News Facebook page here: https://www.facebook.com/WMNFNews/

But it also needed to be approved by ¾’s of the states in order to be part of the US Constitution.

Twenty-two state legislatures quickly ratified it, but then opposition from conservatives opposed to the women’s movement virtually halted ratifications. Three quarters of the states are required, or 38, and Illinois became the 37th last May.

Read more: https://www.smithsonianmag.com/history/equal-rights-amendment-96-years-old-and-still-not-part-constitution-heres-why-180973548/#3kh34SjDriYgLSkk.99
Our guests are leaders of the local effort to get the ERA passed.

There’s a new, short film out about the death of a Broward teenager earlier this year. A death that’s received little publicity. It’s the subject of a new investigative report from the Florida Center for Investigative Reporting and The Intercept.

Jess Swanson is co-director of the film.

Tthe Florida Center for Investigative Reporting in partnership with The Intercept put out a short film last week.  It’s about a little publicized case—a  black teenager who drowned in a canal following a police chase in Broward County earlier this year. The documentary short raises questions about whether the Sunrise police in Broward County struck Damain Martin with a Taser probe as he entered the water.

“Drowning by Sunrise” also taps into larger national questions about the treatment of young black men by police and law enforcement’s frequent use of Tasers, which killed at least 49 people in 2018.

About The Intercept:
The Intercept is an award-winning nonprofit news organization dedicated to holding the powerful accountable through fearless, adversarial journalism. Its in-depth investigations and unflinching analysis focus on surveillance, war, corruption, the environment, technology, criminal justice, the media and more.

About the Florida Center for Investigative Reporting:
The Florida Center for Investigative Reporting, founded in 2010, is a nonprofit journalism organization whose mission is to expose corruption, waste and miscarriages of justice. FCIR produces award-winning projects in partnership with traditional and ethnic news media in Florida and across the nation