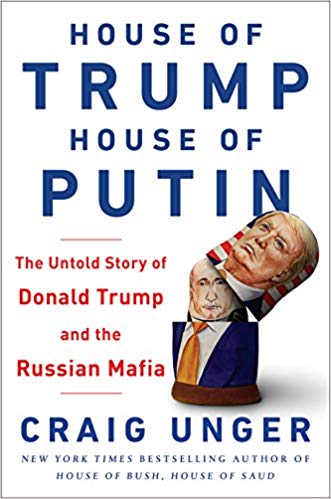 What apparently began as a money laundering operation evolved into something far more ambitious, ending with an either willfully ignorant or inexplicably unaware Donald Trump in the White House, a Russian asset who had become the most powerful man on earth. Using original reporting from CIA and KGB sources, as well as a vast array of documents from the FBI, Interpol, and law enforcement authorities in Italy, Turkey, Ukraine, and Russia, best-selling author, Craig Unger unravels Trump’s tangled history with Russia through 59 people with ties to both Trump and Russia, including many linked to the Mafia. Ultimately, he demonstrates that the Russian Mafia is a state actor whose ongoing criminal enterprises are tolerated so long as they serve the Russian FSB (Federal Security Service), and the Kremlin. In effect, he reports, that makes Vladimir Putin the capo di tutti capi of the Russian mob. Craig Unger talks with Norman B about his timely and riveting new book, House Of Trump, House Of Putin:  The Untold Story of Donald Trump and the Russian Mafia.