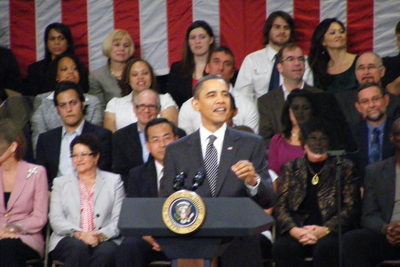 The White House announced Thursday that three Americans and an Italian were killed in U.S. counterterrorism actions in the border region of Afghanistan and Pakistan; in a brief statement President Barack Obama says he takes “full responsibility” for one operation that he says inadvertently killed an American hostage, Warren Weinstein, and an Italian hostage, Giovanni Lo Porto, held by al-Qaida.

The president did not take questions.

A statement from White House Press Secretary Josh Earnest said another American was killed in the same action as the two hostages. Earnest says American Ahmed Farouq was an al-Qaida leader.

Earnest says another American, Adam Gadahn, was likely killed in a separate U.S. Government counterterrorism operation in January nearby and that Gadahn was a member of al-Qaida.