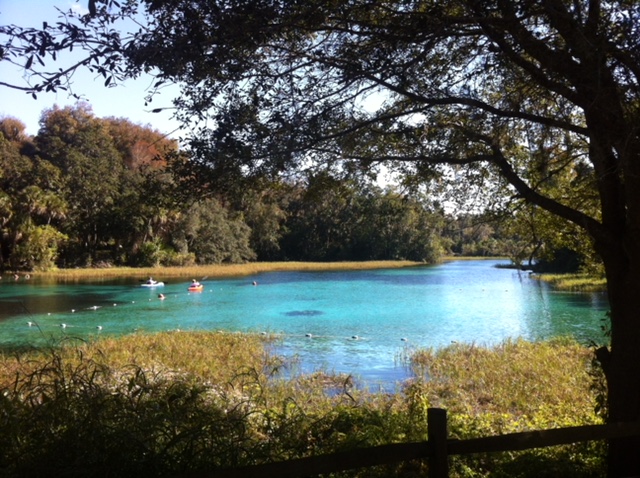 Florida springs and aquifer at risk warns top environmentalist
This year the environment is emerging as a top issue in both the primary and the general election. The Democrats have been debating who is closer to Big Sugar and a mall to be built by a Graham family company near the Everglades. Candidates are attacking each other over who is responsible for the toxic green slime affecting south Florida.

It’s one of many environmental problems threatening Florida’s environment. Right now a red tide outbreak is causing devastation along Florida’s southwest coast. In the past month millions of fish and hundreds of sea turtles, manatees, dolphin, shark, and eels have been found dead off waters off Lee, Charlotte, Manatee and Sarasota counties. While yearly red tide outbreaks have been recorded for hundreds of years off the Florida coast, this year’s outbreak is the worst in more than a decade. It’s causing respiratory problems and devastation to the summer tourism industry.

In addition much of the surface of Lake Okeechobee is covered with toxic green algae—generated by fertilizer runoff from development upstream from Orlando and the Kissimmee River watershed. It’s also caused by agricultural runoff along the shores of the lakes. And leaking septic tanks nearby. The algae is being released along with excess water from the lake—causing environmental damage to Florida’s east and west coasts.

Our guest today is one of the leading authorities on Florida’s springs and underground aquifer. Robert Knight is the director of the Howard T. Odum Florida Springs Institute- a nonprofit that is in the forefront of advocating for the cleanup and protection of Florida’s amazing system of (once) crystal clear springs. Florida’s springs are being adversely affected by the same problems affecting Lake Okeechobee, our sea coasts, rivers and lakes: polluted runoff from farms and development. You can find out more about the work of protecting Florida’s endangered springs at http://www.wmnf.org

Knight has written several op-eds recently in which he describes the dangers facing Florida’s freshwater resources: