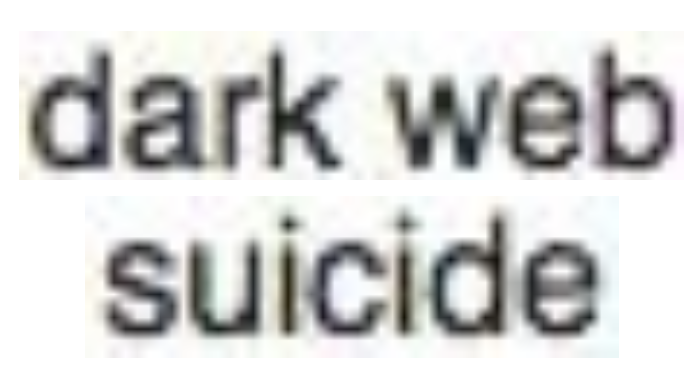 Your Medical Data & The Dark Web.

In a recent article for Global Research, Dr. Binoy Kampmark warns of nefarious use of our medical data on the dark web. He writes, “Patient profiles can be built, with credentials mustered for reasons of impersonation to obtain health services.  Medical equipment and drugs can be duly purchased, and claims with insurers lodged.  That prospect is somewhat bleaker than one whose credit card details have been pinched; the bank, at the very least, might be able to put a halt on transactions with immediate effect.” Dr. Binoy joins the program to explain and he also gives his take on the banning of Alex Jones from social media. Dr. Binoy Kampmark lectures at RMIT University in Melbourne, Australia. He is a frequent contributor to Life Elsewhere, Global Research and Counterpunch.

Suicide in the age of Trump.

There can be no doubt, Mr. Trump and his administration have been splendid fodder for caricaturists, satirists, and of course, comedians…especially late-night talk show hosts. Yet, as the months have passed the tenor has changed. The jaunty, chuckle-a-minute rimshot-punctuated comedy has given way to a darker tone. Late-night talk show hosts are giving serious commentaries. Meanwhile, over on cable news, the countless vignettes of pundits blabber endlessly about doom and gloom. As for social media, no matter what side of the imaginary aisle you prefer, it’s one rant after another. Good news has never been as popular as a headline of tragedy and mayhem, but in today’s world, good news is someone else’s bad news. Is all this dour information blasted 24/7 taken its toll on us? Are we reacting more despondently? Is suicide more prevalent in the age of Trump? To discuss this concern, we welcome to the program, Dr. Joseph H. Baskin,  staff psychiatrist at the Cleveland Clinic Foundation and assistant professor at the Cleveland Clinic. He is also the author of fiction, details here.

Also in the show, new music from m1nk. A name that may not roll off the tongue immediately or be too familiar. We think m1nk (pronounced ‘em one en kay’) deserve your attention with their new single, The Far Side. Barry Smith (aka The Inconsistent Jukebox) from Wakefield in the UK and Erika Bach (aka Lola Demo) from Ithaca, Greece are m1nk. Their music could be described as dark, gothic and sexually charged, about lust, disappointment and dangerous encounters. The new video for their single may help you understand a little more about m1nk.

Sundays 12 noon ET at The Source WMNF HD3
If you miss any editions of Life Elsewhere, go here then go to the Listen On-Demand panel, choose the date of a show and click play.