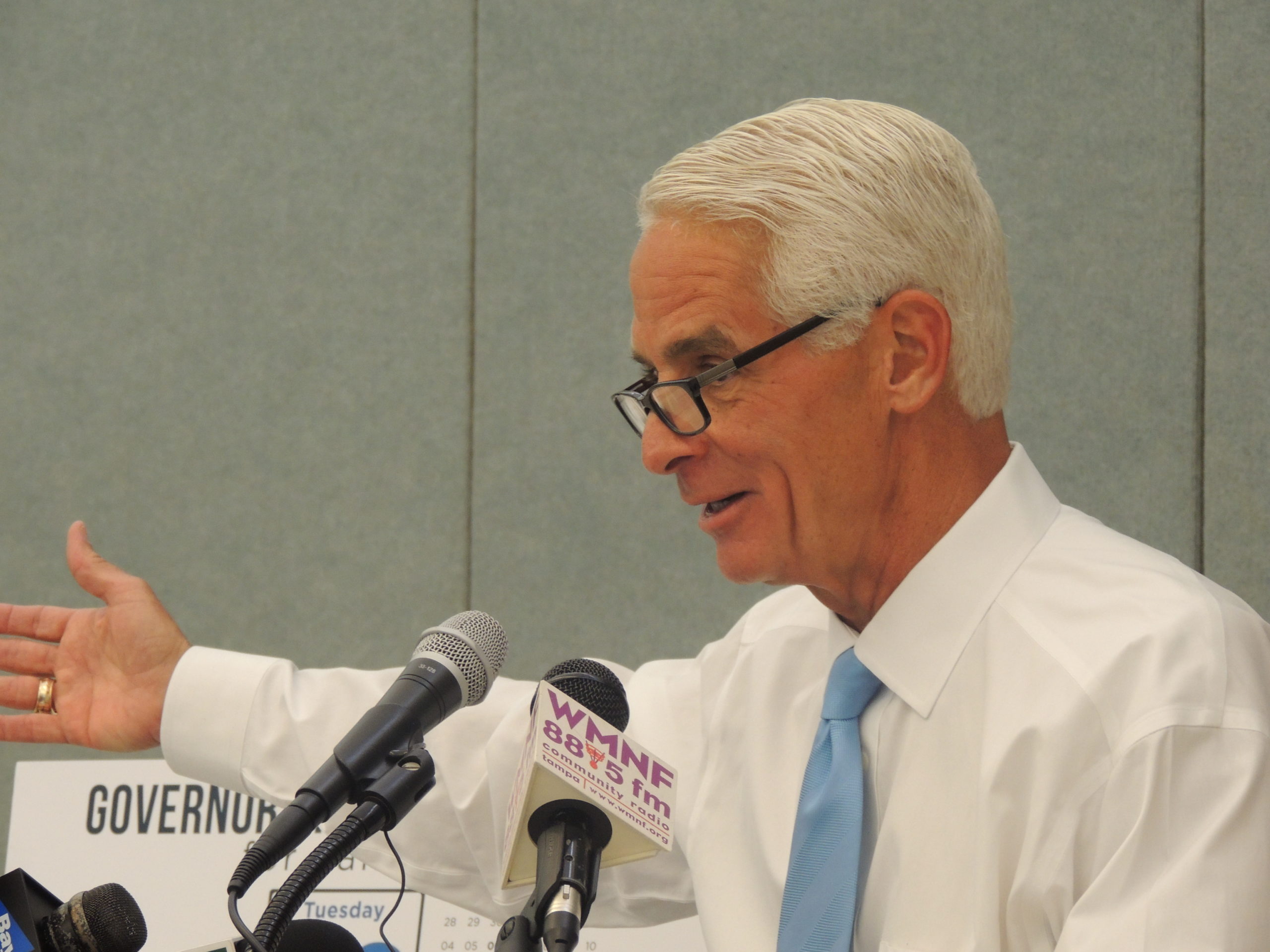 Florida congressmember and gubernatorial candidate Charlie Crist met with local leaders in St. Petersburg Friday to call for a statewide investigation into Florida’s connection with the Jan. 6 Capitol Riot in D.C.

Crist stood in front of St. Petersburg’s Holocaust Museum and called on the governor to use executive action to create a bipartisan commission to look into the riot.

Crist even drafted an executive order for him.

Florida currently leads the nation in states with the most arrests stemming from the riot. Forty-seven of the 484 arrests made are Floridians. In the months since President Joe Biden won the election, DeSantis has yet to acknowledge the victory. Crist said he’s pushing the “Big Lie” that the election was stolen.

A lie that fueled the riot.

“We’re number one in American in participating in this insurrection. It’s shameful. It needs to be investigated. We need to find out why that would even be possible. In a place like Florida, it shouldn’t be. And the Governor needs to take leadership and sign this executive order today.”

The future of violence

Warren noted the U.S. Department of Justice named domestic terrorism, and especially right-wing extremist groups espousing white supremacy, as one of the most significant threats to the country. Many of the Floridians arrested have links to right-wing organizations like the Oath Keepers and Proud Boys.

Warren said a thorough investigation into Florida’s connection to the riot will help identify other organizations and bad actors that might plan future attacks.

“This is not a political question. This is a public safety priority,” he said. “We need to make sure to protect our neighbors, our law enforcement officers and our democracy. That we investigate organizations in Florida that are focused on violence and insurrection and see if they have any connections to the types of hate groups that we all agree should not be able to lurk in the darkness in the sunshine state.”

The FBI is still investigating the incident which has led to the arrest of dozens of former and active military and law enforcement personnel. Sheriff’s Offices in Hillsborough Pinellas and Polk counties, as well as the Tampa and St. Petersburg police departments have said none of their officers are under investigation.