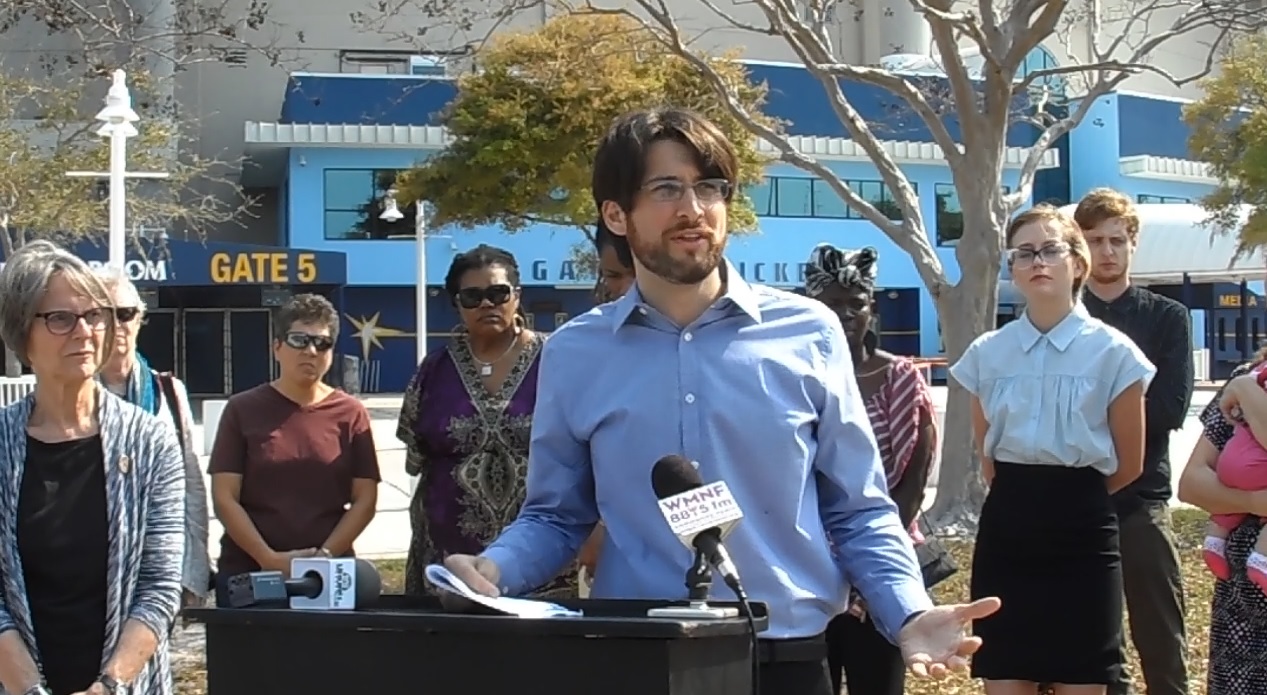 This Saturday the Uhuru Solidarity Movement is holding what it’s calling a “March For Reparations to African People” in St. Petersburg.

In a press release, the group says the intention of the march is to “build unity with the African community’s demand for reparations for slavery, genocide, and colonial terror that continues to this day in the form of police murder, mass incarceration, and economic and healthcare disparities.”

To find out more about the March for Reparations, WMNF spoke recently with Jesse Nevel – National Chair of the Uhuru Solidarity Movement. He’s also a former candidate for St. Petersburg Mayor.

And with only a few days left for the public to weigh in on three proposed toll highways through rural parts of the state – we heard how to tell the Florida Department of Transportation what you think.