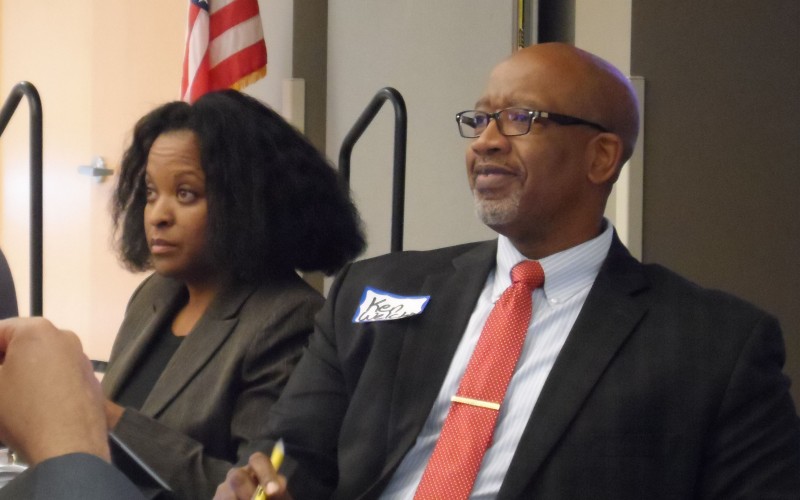 One of the most economically depressed areas of the Tampa Bay region, south St. Petersburg, has plans in place to reduce poverty by 30 percent by 2020; Wednesday morning at the Childs Park YMCA, Gypsy Gallardo – CEO of what’s called the 2020 Plan – said one example is that 196 young people got guided employment experience last year.

Connecting families with a service can help lift them out of poverty. But Carolyn King, executive director of Pinellas Opportunity Council, says that’s just the beginning.

King and Gallardo were part of Wednesday morning’s 1st Annual 2020 Plan Leadership Council Meeting this morning in a packed room of about 150 people in South St. Petersburg.

St. Pete City Council member Karl Nurse said poverty can be improved by helping schools – especially considering that five of the worst-performing public schools in the state are in southern Pinellas County.

Another elected official, Pinellas County Commissioner Ken Welch, encouraged people concerned about poverty to push his fellow commissioners on civil citations. Welch says in April the County Commission will workshop the idea of decriminalizing marijuana possession and other small crimes so fewer people trying to inch out of poverty are saddled with criminal records.