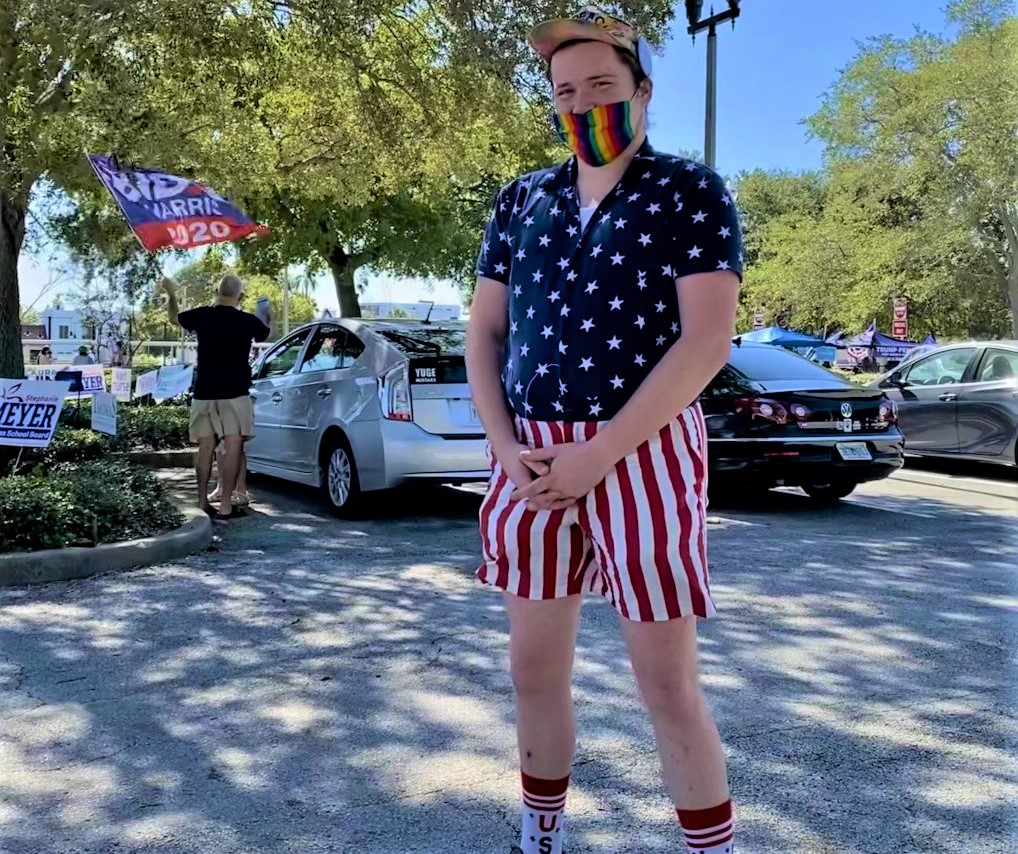 Following the fallout from the November 2020 election and the Capitol Insurrection on Jan. 6, a cross-partisan group of elections experts said it’s time to update the Electoral Count Act. Experts warn the U.S. could wind up like other failed democracies around the globe if it doesn’t act swiftly.

Freedom House has been analyzing and quantifying the state of democracy around the world for nearly 50 years. According to the latest version of its flagship Freedom in the World study, democracy is in danger.

“Democracies today don’t die through coups or wars,” Rachel Kleinfeld said. “By the way, most democracies right now are failing. We’re in about the fifteenth year of a democratic recession globally. It’s been a pretty steady decline across all democracies. The U.S. is not an exception to that rule. The way they decline is by elected leaders with undemocratic tendencies altering the rules of the game.”

Kleinfeld serves on the Freedom House board. According to its website, democracies are judged on their “electoral process; political pluralism and participation; the functioning of the government; freedom of expression and of belief; associational and organizational rights; the rule of law; and personal autonomy and individual rights.”

Kleinfeld spoke during a National Task Force on Election Crises zoom call this week. She warned the U.S. could be headed for that same decline. She said close elections that are often disputed; polarized parties with near equal electorates; along with the false narrative of a stolen election that led to an attempted coup; are all leading to the erosion of democracy in America.

“As these things happen the damage is compounding,” she said. “The trust in our system is breaking down. And that trust is really society’s immune system. Societies and democracies depend on trust.”

The confusion of counting

The Task Force released an essay that stated the Electoral Count Act, or ECA, needs to be updated to protect democracy. The ECA became law in 1887. It governs the casting and counting of electoral votes. It’s one of the most crucial laws governing how a president is elected.

Confusion over the Electoral Count Act was partly to blame for the attempted insurrection on Jan. 6. Domestic terrorists storming the Capitol falsely believed they could stop Congress and former Vice-President Mike Pence from certifying the results. Certification of the results even became a talking point on most news outlets covering the election.

Only, that’s not what they were there to do.

Zach Wamp was also on the call. He’s a Tennessee Republican who served in the U.S. House of Representatives for 16 years.

“People were lied to and people were confused,” Wamp said. “And here’s why it happened. The Congress’s role was simply to open the ballots and count them. Dead stop right there. End of story. Count them. That’s it.”

First was election timing. The essay said poorly defined guidelines lead to election failures. Adding, the ECA should “clearly set the timing for states to choose their electors and define the narrow, emergency circumstances under which electors may be chosen after Election Day.”

Next came state determinations. The Task Force said “the ECA must bolster the American people’s trust in election results by better protecting each state’s ability to adjudicate its own post-election disputes and limiting opportunities for second-guessing by partisan actors in Congress.” The Task Force recommended enhanced measures to enforce “safety harbor” deadlines.

Then there was the vice president’s role. The vice president has a limited role in the election process. It’s mostly ministerial, but language in the current ECA leaves room for uncertainty, the essay said. The Task Force wants that cleared up.

That was followed by objections. Current practices allow the review of a state’s electoral count by simple objections. The Task Force wants that bar raised. Members should “only be able to object to electoral votes from a state if the votes were the product of bribery or are objectively illegal, such as if they are for a candidate who is constitutionally ineligible to be president.”

Wamp said now is the time to make those changes. The country is between a presidential election and midterms. He said a low-stakes year can offer the best shot at bipartisan reform. Anything else, he said, would be unconscionable.

“We have to clear this up. To me, this is the equivalency of the State of Florida making no election changes after the year 2000 and expecting a different result,” he said. “But they did. In fact, this year, the State of Florida – after improving their processes – was maybe the most efficient large state in America.”