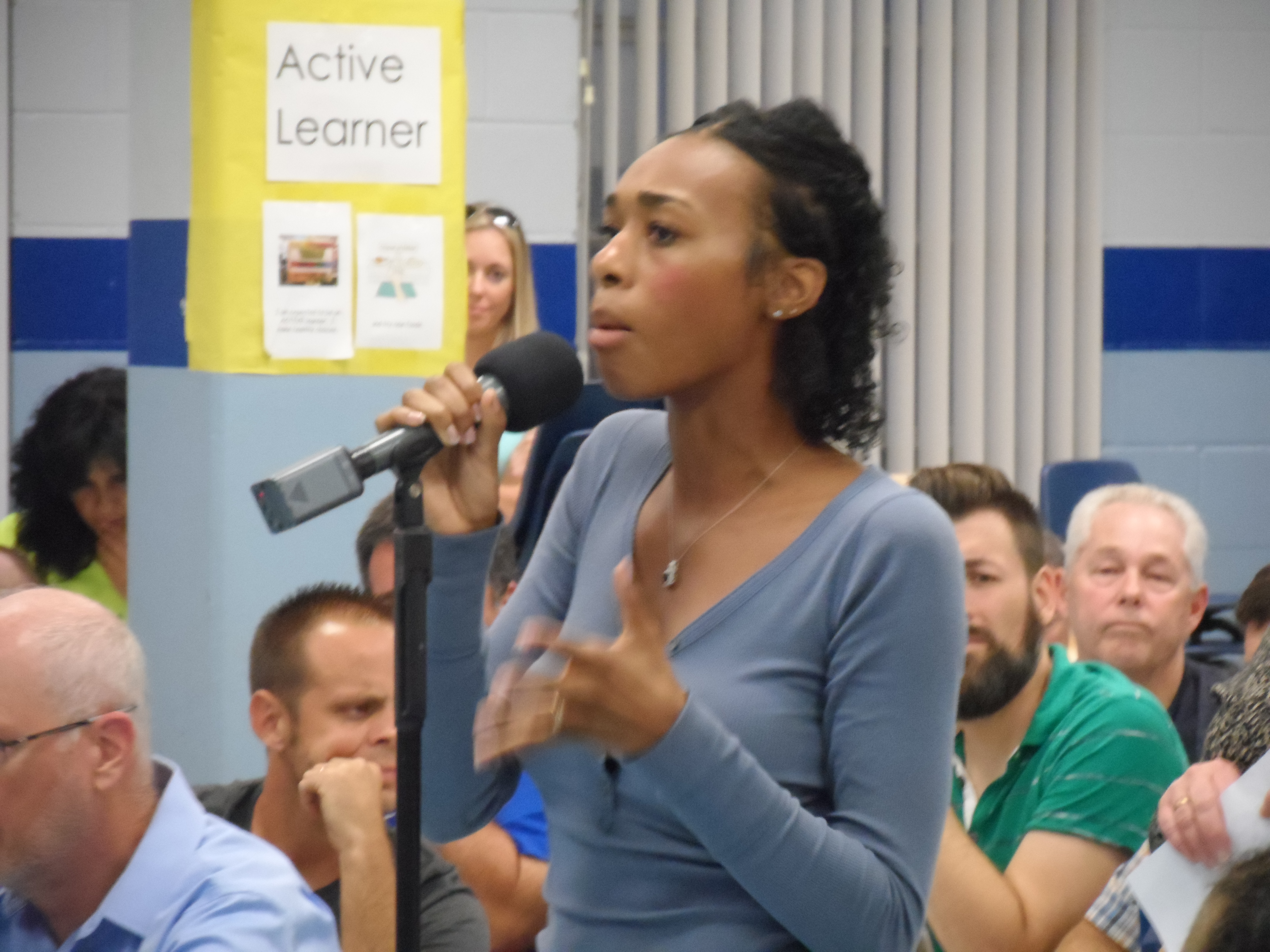 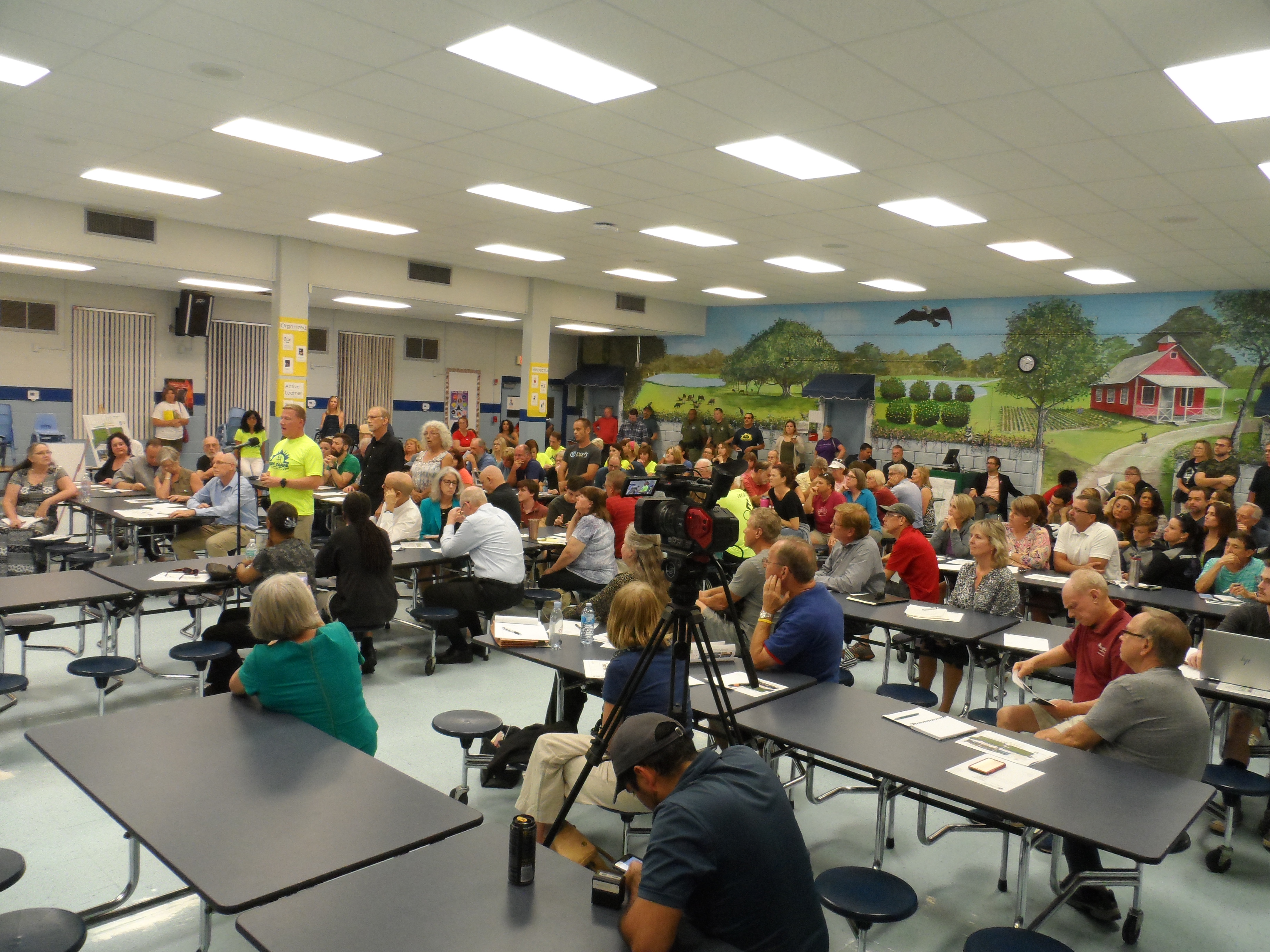 In northwestern Hillsborough County, developers want to move a section of the Upper Tampa Bay Trail closer to a highway to give them more land on which to develop apartments near the corner of Gunn Highway and Ehrlich Road; but about a hundred trail users turned out at Citrus Park Elementary School Monday night to voice their opposition to any changes to their tree-lined bicycle and walking trail.

Flanagan says he prefers a third option, which would still change the path of the trail, add a rest station and one road crossing

Twenty-three people spoke out against vehicle crossings proposed for the trail. 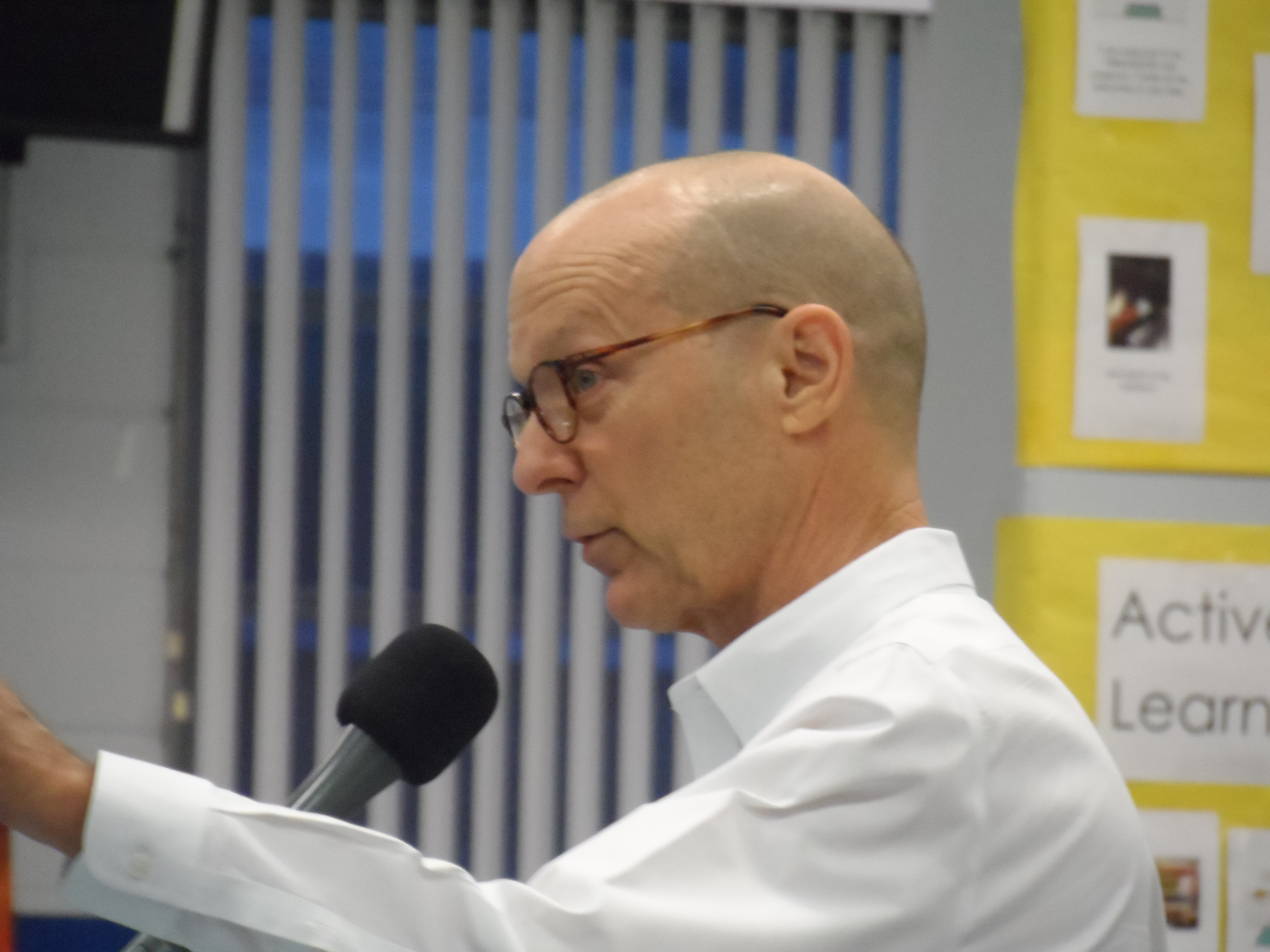 Many, like attorney Steele Olmsted, said that would endanger the lives of pedestrians.

“I represent injured cyclists. I’ve been a personal injury lawyer for 31 years. And I can tell you right now, allowing the number of crossings — just let me run down the statistics that I would if I was representing an injured cyclist killed by one of the residents of this apartment complex.

“I would sue the county. I would sue the apartment complex owners because this makes no sense. You’re going to have 300 apartments there. Assuming 2 residents of each apartment, you’ve got … 600 cars making two visits a day: one in from work and one out to work. Then you’ve got trips to the sports complex. Then you’ve got trips to Publix or the doctor or whatever. So, you’re talking about thousands, potentially thousands of visits going across even one of these crossings.

“There is an access — and this is best use of property and this is what my experts do when I go to trial. I have them say, ‘Could this have been designed differently and in a better way?’ And the experts will say, ‘Yes, it could have. The exit could go north onto Ehrlich and you wouldn’t have this issue.’ But right now, you’re going to cause dead cyclists. This should be denied.”

Marsa Jobs calls herself a regular biker chick. She doesn’t own a car and uses the trail to bicycle commute every day 8 miles. Once she was hit by a car.