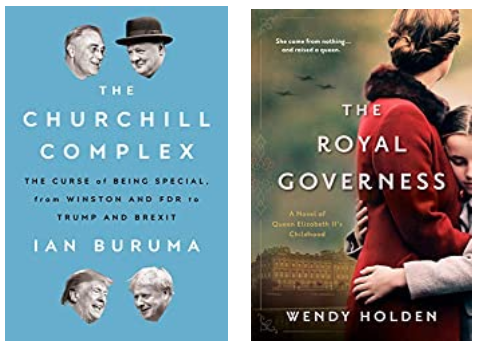 Ian Buruma – The Churchill Complex – The Curse of Being Special, From Winston and FDR to Trump and Brexit

It’s impossible to understand the last 75 years of American history, through to Trump and Brexit, without understanding the Anglo-American relationship, and specifically the bonds between presidents and prime ministers. FDR of course had Churchill; JFK famously had Macmillan, his consigliere during the Cuban Missile Crisis. Reagan found his ideological soul mate in Thatcher, and George W. Bush found his fellow believer, in religion and in war, in Tony Blair. And now, of course, it is impossible to understand the populist uprising in either country, from 2016 to the present, without reference to Trump and Boris Johnson, though ironically, they are also the key to understanding the special relationship’s demise. There are few things more certain in politics than that at some point, facing a threat to national security, a leader will evoke Winston Churchill to stand for brave leadership (and Neville Chamberlain to represent craven weakness). As Ian Buruma shows, in his dazzling short tour de force of storytelling and analysis, the mantle has in fact only grown more oppressive as nuanced historical understanding fades and is replaced by shallow myth. Absurd as it is to presume to say what Churchill would have thought about any current event, it’s relatively certain he would have been horrified by the Iraq War and Brexit, to name two episodes dense with “Finest Hour” analogizing. In The Churchill Complex, distinguished author, Ian Buruma offers more than a reflection on the weight of Churchill’s legacy and its misuses.  It’s never been a relationship of equals: from Churchill’s desperate cajoling and conniving to keep FDR on the side in the war on, British prime ministers have put much more stock in the relationship than their US counterparts did. For England, resigned to the loss of its once-great empire and the diminishment of its power, its close kinship to the world’s greatest superpower would give it continued relevance, and serve as leverage to keep continental Europe in its place. And now, even as the links between the Brexit vote and the 2016 US election are coming into sharper focus, the Anglo-American alliance has floundered on the rocks of the isolationism that is one of 2016’s signal legacies. Ian Buruma is a keen observer and a delightfully informative guest.

In 1933, twenty-two-year-old Marion Crawford accepts the role of a lifetime, tutoring the little Princesses Elizabeth and Margaret Rose.  Her one stipulation to their parents the Duke and Duchess of York is that she brings some doses of normalcy into their sheltered and privileged lives. At Buckingham Palace, Windsor Castle, and Balmoral, Marion defies stuffy protocol to take the princesses on tube trains, swimming at public baths, and on joyful Christmas shopping trips at Woolworth’s. From her ringside seat at the heart of the British monarchy, she witnesses twentieth-century history’s most seismic events. The trauma of the Abdication, the glamour of the Coronation, the onset of World War II. She steers the little girls through it all, as close as a mother. During Britain’s darkest hour, as Hitler’s planes fly over Windsor, she shelters her charges in the castle dungeons (not far from where the Crown Jewels are hidden in a biscuit tin). Afterwards, she is present when Elizabeth first sets eyes on Philip. But being a beloved confidante to the Windsors comes at huge personal cost. Marriage, children, her own views: all are compromised by proximity to royal glory. Best known for her comic novels, Wendy Holden’s diversion into what she calls “hybrid” writing, is almost a self-effacing description of a brilliant melding of fact and fiction. You’ll be enchanted by the bestselling author’s enthusiasm for her story of a progressive young teacher who became governess to children of a family frozen in time.