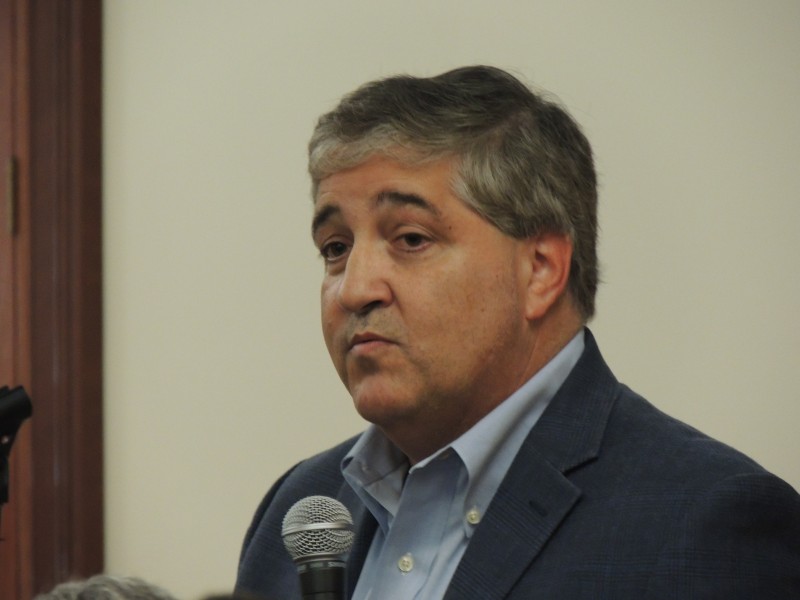 Afterward, WMNF News asked Vinik if he is concerned about sea-level rise and global warming since his development is along Tampa’s shoreline.

“Fortunately we look at that. And if you look at the details surrounding our whole plan and the logistics behind it, all of our buildings are going to be built at a high enough level to withstand quite a severe storm that may hit. You know, when you look at the sea-level studies I think there is a wide range of opinion about how things are going to change over the next 50 to 100 years. You know, I’m very confident that this area where we are at can be a great district and a terrific part of the Tampa Bay area for a long, long time to come.”

When pressed about how much storm surge his proposed development could endure Vinik said he did not know.

Vinik also suggested that the region’s transportation needs should be met by a combination of more roads and mass transit, including an extension of the streetcar through downtown and eventually to Tampa International Airport.

He also expressed confidence that Lightning general manager Steve Yzerman would be able to sign superstar forward Steven Stamkos to a contract extension.