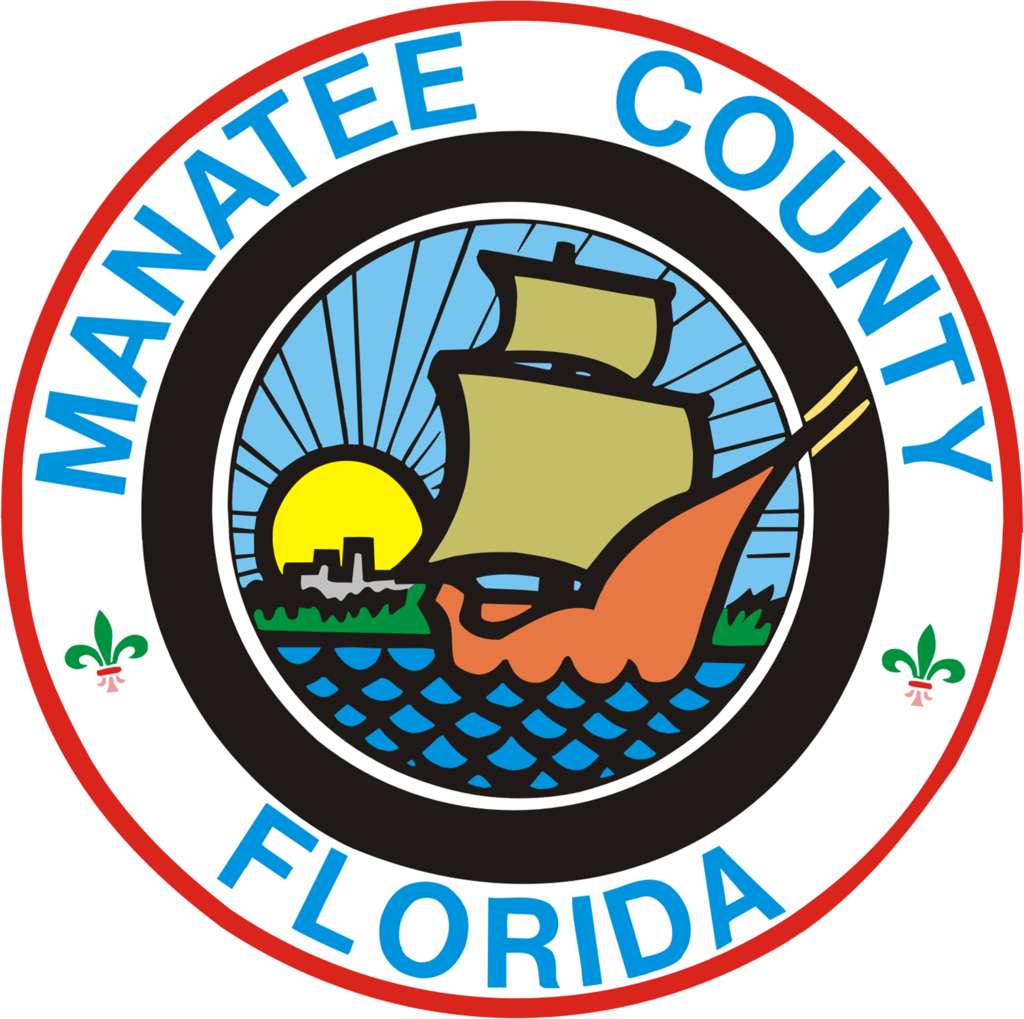 Manatee County Commissioners have again delayed a vote on a massive coastal development called Aqua by the Bay; the latest special land use meeting began at 9:00 a.m. Wednesday and lasted into the early evening, when commissioners voted 6-1 to postpone a vote until September 29.

The proposed 529-acre project along two miles of Sarasota Bay is proposed by developer Carlos Beruff, who ran for U.S. Senate last year.

But many environmentalists oppose the plan, including Andy Mele, vice chair of the Manatee-Sarasota Sierra Club. Mele showed commissioners a giant scale model he made of the project containing dozens of tall buildings along the coast. 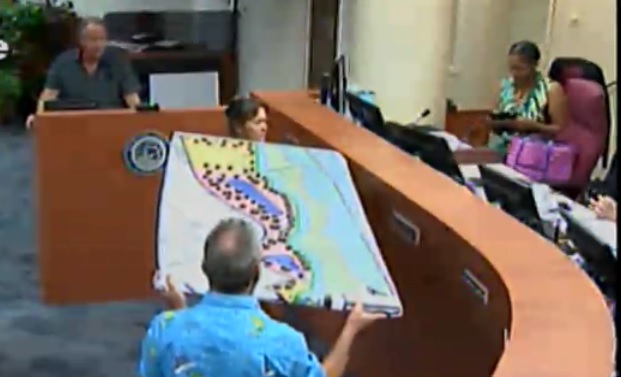 Environmentalists show Manatee County Commissioners a scale model they made of the proposed Aqua by the Bay development. Screenshot from webcast of MGA-TV, 23 August 2017.

“We continue to insist that the Board – because you’re not gonna get another bite at the apple – that you understand what you’re approving. The developer and the applicant have been avoiding this diligently. There are sixty-seven 75-foot buildings required to achieve full build-out, according to the numbers that are in the staff report. And because the applicant has declined to give any representation to the Board, this is — we took it upon ourselves; if they want to dispute where we located the buildings or anything like that, let them. But, this is what you’re gonna be approving or denying today. …

“[The Manatee County land development code, LDC] clearly stipulates that you guys must see elevations and plan views of all buildings over 35 feet at the time of the final hearing. You can’t just say, ‘Well, it’s all gonna be determined by the market.’ You have to look at even some reasonable– and I am presenting this because this is a reasonable projection of what’s gonna be on that site at full build-out: it’s gonna be a wall ladies and gentlemen, no matter how you look at it. This plan, such as it is, provides neither accuracy nor completeness and we’ll hear more about that during the day. …

“The LDC gives you the right to deny deeply flawed applications without fear of losing, under the inevitable litigation, you are on solid ground. …

“In my opinion a 12-year old could come in here and do a better job of designing a project that the community would like and want and be able to live with long-term that would preserve the environmental resources, save the coastline as an amenity unto itself.

“You know, the Sarasota Bay Estuary Program has assigned an economic value to the bay of something like $1.5 billion bucks a year. Just, you know, save what you got.”

During public comment Wednesday a handful of residents supported the proposal while more than thirty-five people spoke out against the plan.

Many of them said it will impact mangroves along two miles of shoreline and they’re especially concerned about a proposed canal that would be dredged as part of wetlands mitigation.

In this exchange with County Commissioner Carol Whitmore, the developer, Beruff, refers to the dredged canal as an estuary.

Beruff – “It’s enhancing the area, so that we create a bigger buffer between the mangroves and where our impacts are going to be.”

Whitmore – “But, there’s nothing to be there besides maybe boardwalks around your wall.”

Beruff – “And the plants that we’re gonna do in front to buffer it so that you create the natural buffer that in — look, if you decide to approve this project today, I suspect that everybody in this room three or four years from now is gonna say, ‘Wow. This thing’s pretty damn great.’ Okay? But, I have to get there, okay?”

Board Chair Betsy Benac – “Questions and answers please. We’re not going to debate.”

Whitmore – “Please, I’m not done. Okay, so you’re spending all this money, but you really don’t have to.”

Beruff – “There’s a second reason; is because, as I said from the beginning in my first presentation, we are doing things — instead of building houses and buildings on stilts, we’re bringing up the whole property so that the design element is prettier and we are looking 50 years, 10, 20, 30 years out. FEMA is not going to continue to fund flood insurance. So we’re doing this so we protect the streets and we protect the buildings and build it all as we would a property in Lakewood Ranch. So, that when the storm event occurs, it doesn’t damage it. So, I hope I answered that question.”

Whitmore – “One more question about the mangroves. By law, that’s a state-permitted issue and I totally know that; I live on the island. I do know that you have to build up. We have homes on the island that are elevated just like you’re doing, so they don’t have to go on stilts. I got one just built across the street from me right now. But, I heard testimony about your comment and asked you a question. Pen Bay: people bought into that because Whiting agreed not to trim the mangroves, because it’s not a state issue it’s a permit or the developer decides not to. Have you even considered that after hearing all the public comments?”

A Miccosukee spiritual leader spoke against the proposed development because he fears that two sacred indigenous burial sites there will be disturbed.