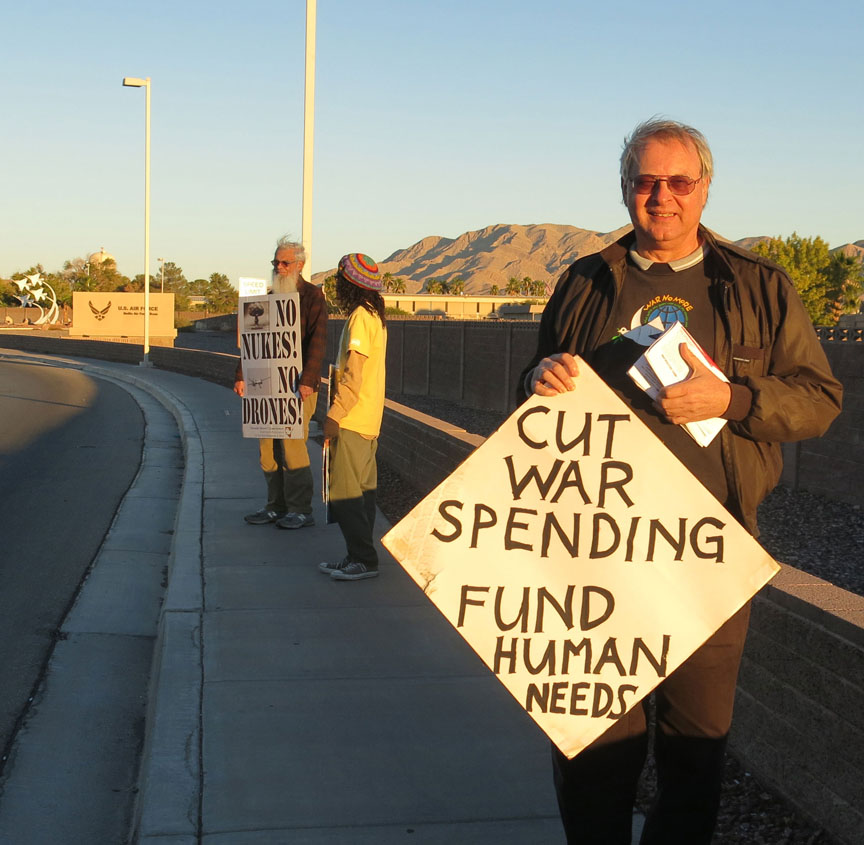 Coming up today—President Trump wants to increase the military budget…. But what if you are religious and object to military spending and your money used for wars, and drones and instruments of killing? We’ll talk about that on the first part of today’s show. Later the President is vowing to protect Social Security and Medicare—but the President has contradicted himself so manty times- can he be trusted on the issues of Social Security and Medicare. We’ll talk about that later in the hour.

Robert Crandall is a Christian pacifist. He became a pacifist in the late 1960’s during the Vietnam War. He’s been a youth minister—for a time working for the United Methodist Church. In 1984 his home was seized for non-payment of war taxes. He’s with a group called the National War Tax Resistance Coordinating Committee and is a trained war tax counselor. He lives in Brunswick Georgia and he joins us on the phone.

Our next guest is Max Richtman President/CEO of the National Committee to Preserve Social Security & Medicare
He’s a former staff director of the Senate Special Committee on Aging and 16-year veteran of Capitol Hill.

We’re going to talk about the future of Medicare and Social Security under the Trump presidency.