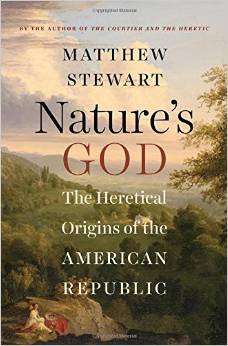 Today on Radioactivity Rob Lorei speaks with author Matthew Stewart about his new book NATURE’S GOD: The Heretical Origins of the American Republic. Stewart says that the country was founded by radical secularists, not Christians. The idea that the nation was founded on Christian religious beliefs is strongly held by televangelists and conservative Christians.

In his entertaining book, Nature’s God (Norton: July 2014), Matthew Stewart dispels the myth that our founding fathers were a group of pious authoritarians when it came to their religious beliefs.