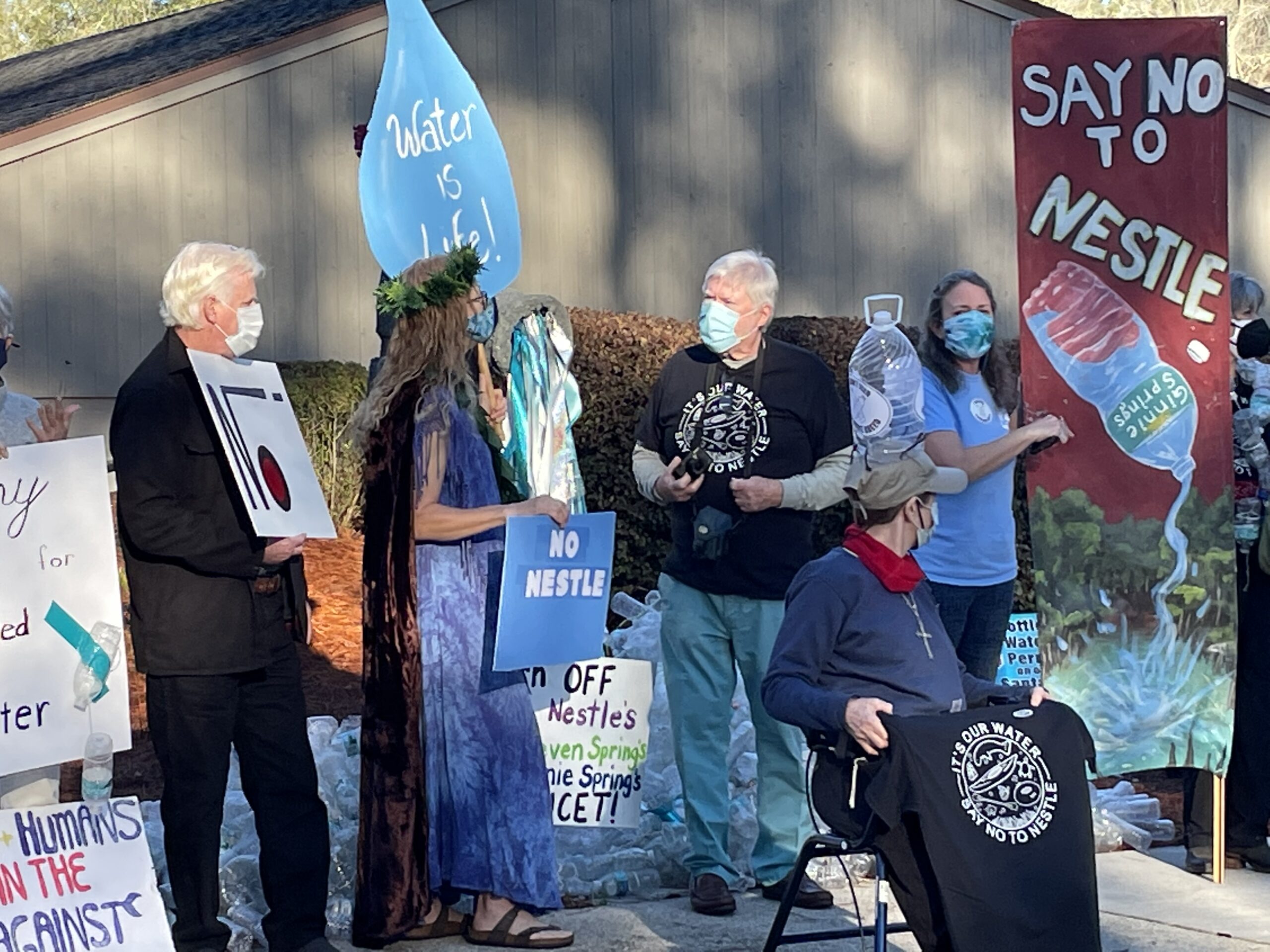 The Suwannee River Water Management District Tuesday voted unanimously to approve a permit allowing the Seven Springs Water Company to pump nearly a million gallons of water per day from Ginnie Springs to a nearby Nestlé bottling plant. Tuesday’s vote came after four hours of public comment calling for the permit to be denied.

The public’s interest was as clear as the water in the springs the companies want to pump from: Do not approve this permit.

‘No other logical conclusion’

Only four of the nearly 50 speakers supported the permit. Everything else was impassioned pleas to stop. Some came from homeowners along the Santa Fe River, which the Springs feed into. Some came from scientists like Gainesville resident Chip Deutsch.

“I see no other logical conclusion than to deny this permit request,” he said.

A study by the Florida Springs Institute gave Ginnie Springs a poor rating. It said the water flow was too low and nitrate levels were too high. In 2015 state managers found the flow to be beneath a level that’s sustainable.

Then there were the 19,000 emails and petition with 400,000 signatures asking to deny the permit. Under the District’s purview, it can take into account “public interest” in awarding permits. But the District’s attorney, Tom Reeves, said that argument might not have teeth.

“The fact that the legislature used the term ‘public interest’ does not give you any broad brush stroke that you can say, well we find generalized concepts of public interest were mandated under this permit,” he told the District.

Shoring up the bottles

In March of 2019, Seven Springs applied to renew a permit to pump about 1.2 million gallons of water per day from Ginnie. Seven Springs is the same company that owns the land around Ginnie Springs. They’ve had the permit since 1998 and while they’ve occasionally gone over the daily allotment, the norm is that it’s under.

But Mike Roth of our Santa Fe River said Nestlé is planning on upping its production by 2025 and grabbing the max daily allotments.

“Nestlé now plans to ramp up production to the full amount of the permit. Eventually having the capacity to produce 6,000 plastic bottles full of spring water every minute.”

Seven Springs holds the permit, but sells the water to Nestlé. The District initially denied the permit. But Seven Springs petitioned Florida’s administrative law courts. A judge there ruled in favor of Seven Springs, but reduced the daily allotment to just under a million gallons a day and said Seven Springs can only pump to the plant. Tankering the water could result in disciplinary action and the removal of permits.

The recommendation from the judge was mostly procedural, Reeves said. It didn’t leave much leeway for the District to deny the permit. But it was issued under protest, setting up the option for appeal.

Some County governments weighed in too. Gilchrist said they go the way of the board. But Alachua strongly opposed.

“We respectfully request you declare a temporary moratorium on issuing consumptive use permits in the basin,” a representative from Alachua said. And direct your staff to initiate a statewide process to reevaluate the permitting criteria.”

“It’s a public good and yet it’s pumped by private companies with very little consequences,” Eskamani said. “And then we pay the damaging cost of water restoration projects and trying to revitalize the Santa Fe River and other waterways. It does not make sense and it is dangerous long-term to operate like this.”

Aside from a $115 permitting fee, Florida gets no money for the water. Legislators like Eskamani want that changed and bills are headed to the State House to do just that.

One solution – make companies pay for the water. At one cent per gallon, this permit would cost about $4 million, but legislators want water priced around 12.5 cents a gallon. A cost that could either give Florida the funds to bolster infrastructure and natural resources or price corporations out of the springs.

Our Santa Fe River, one of the groups leading the fight against pumping Ginnie Springs, plans to continue fighting the permit.