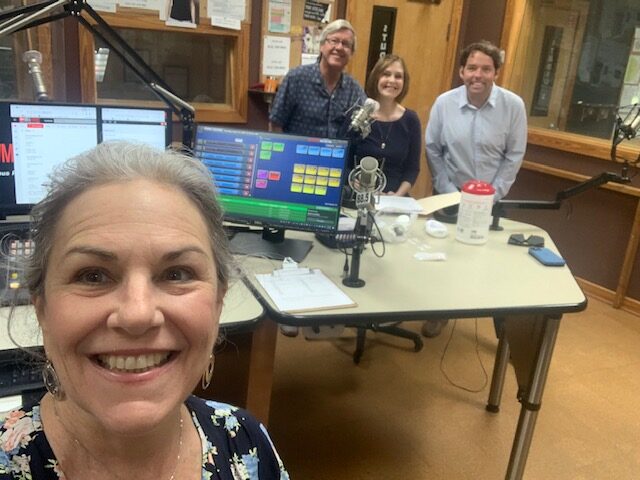 As the world continues to see climate change become a pressing (though controversial) issue, the U.S. has seen Tampa’s own House Representative Kathy Castor take charge in leading the fight. Castor chairs the House Select Committee on the Climate Crisis, and spoke with WMNF’s WaveMakers this week about the work she’s doing in this field.

Last week, the United Nations released its most recent climate report, which issued yet another dire warning to the world: in order to keep our planet safe, the use of fossil fuels needs to be drastically reduced, and eventually eradicated by the year 2050.

Though urgent and important, Rep. Castor noted an air of hope, saying that we have the tools to make the necessary changes. And in making those changes, the United States can begin to lead the world in innovation, mitigation and resilience.

“We’re going to live through an exciting transition that will clean the air, create jobs and lower costs for everyone,” Castor told WMNF. “But the task is urgent, and we have to move.”

There are already steps being taken. An increase in the use of electric vehicles lowers the need for petrol, a major cause of pollution. Investments into renewable energy are being made, and incentives for consumers have been put in place to encourage the switch. In the US House, a bill was passed, granting of tax credits to those who switch to solar and electric charging stations.

In Florida, the majority of our energy is fracked gas, and Castor says that for the Sunshine State with access to abundant renewable resources, that is unacceptable. In order to reduce our carbon footprint, we must address the crisis with larger steps. However, a “battle royale” between consumers, energy companies and the state government have made it more difficult; a new bill from this year’s legislative session, deemed an ‘Anti-Solar’ bill, would diminish the return rates of businesses with excess energy and potentially levy fees on customers.

To become cleaner and energy independent, Castor says, the world needs to step away from their dependency on fossil fuels. But it’s not a quick change. First, there must be reduced demand; but Tampa is behind in certain areas, mainly transit. We’re the only major metro area without a functioning mass transit system, which leaves us almost entirely dependent on fuel-powered vehicles. Future investments into energy-efficient transit will help reduce our dependency, and Castor says that the city is already making moves to do so.

Whit Remer, the director of sustainability in Tampa, also joined the conversation to discuss what the city is doing to combat the effects of climate change. In general, Remer said, there are two paths to take in this fight: mitigation and resiliency. Tampa is very vulnerable, so there must be action on both fronts. Firstly, he says, Tampa needs to mitigate its nonrenewable energy usage and carbon footprint. Secondly, we also need to build climate-resilient infrastructures.

Sharon Wright, director of sustainability in St. Petersburg, also joined WMNF to discuss their actions. With a large part of St. Pete being in coastal high-hazard areas, steps have been taken to avoid adding density in these areas, while still encouraging climate-resilient infrastructure for new developments.