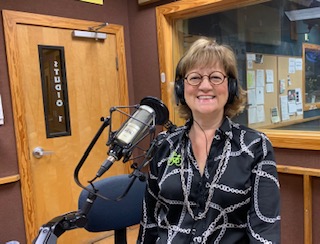 PeopleForBikes said that “we won’t have peace on our roads until everyone has a piece of the road.” Christine Acosta, bike advocate and founder of Pedal Power Promoters, stands by that statement. She spoke with WMNF’s WaveMakers on Tuesday about road safety and Tampa’s future plans to promote that.

Listen to the full episode here or below:

Tampa Mayor Jane Castor is set to reveal the plans for Tampa’s “Vision Zero,” an approach to road safety. Vision Zero is an initiative that was born in Sweden and works to eliminate all fatalities and injuries on streets and roadways. According to Acosta, the plan that Castor will announce is the strategic “safe systems approach,” that will help the city to reach that goal. This approach takes communal spaces, such as roads and trails, and engineers them to be intuitive in preventing mishaps. Reducing overall vehicle speeds, creating more comfortable spaces for all vehicle types, and encouraging safer drivers are all a part of this plan.

Many callers to WaveMakers emphasized the need for better road safety education, making sure that drivers of all vehicles- bicycles included- know the rules of the road and follow them. Acosta agreed with this statement but made note that in general, education is just “a box to be checked” in the overall process, and cannot guarantee safety. Far too often, she said, teams will build poorly designed and executed infrastructure, but try to make up for it with education. The number of PSAs and educational videos won’t matter when the roadways themselves aren’t built to accommodate everyone. That is why the Safe Systems Approach of Vision Zero is so important; it emphasizes the detailed engineering of the roadways and systems, so that the safety is intuitive.

The announcement of Vision Zero comes at a time of tension for bicyclists in the Tampa Bay region. The region was named number 1 in the United States for bicycle-friendly businesses in 2021, but at the same time, ranked terribly with the number of cyclist and pedestrian injuries and deaths that same year (85 in Pinellas County alone). In addition, Acosta said usage of bike lanes and trails has increased by over 100% since the start of the pandemic, leading to crowding and dangerous congestion for pedestrians and cyclists.

With a new approach and proper execution, the hope is to recognize Vision Zero as a reality for Tampa Bay.