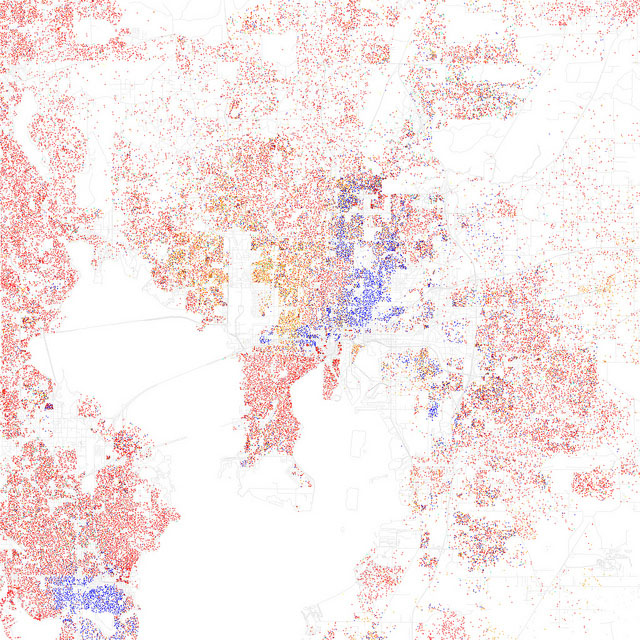 Mayor Bob Buckhorn and the City of Tampa have major redevelopment plans for the area west of the Hillsborough River north of downtown. The West River redevelopment means two large public housing developments will be torn down and the residents of more than 800 units at North Boulevard Homes and Mary Bethune High Rise apartments will have to move elsewhere. It could be to other public housing units managed by the Tampa Housing Authority or residents can opt for a Section 8 voucher to rent from a landlord. City of Tampa urban planning coordinator Randy Goers says current residents could even move back into the affordable housing units that will be built in the West River area by about the beginning of 2018.

“So we expect to see almost twice as many, maybe two-and-a-half times the amount of housing. About a thousand of those units will remain affordable units for the low- and very-low income residents that need to have some housing that is within their economic means. The remainder of the housing will be just apartments, some townhouses that will be available for average people, market rent housing to really create a mixed-income neighborhood.”

Goers says there is also retail and social services development planned in the West River redevelopment, which is bordered by Rome Avenue on the west, the Hillsborough River on the east and from Columbus Drive south to I-275. But critics of massive redevelopment projects like in West River say it will result in the relocation of low-income people. Susan Greenbaum is a retired professor of anthropology at the University of South Florida in Tampa. She has studied previous relocations of large numbers of Tampa residents of public housing and says they were moved out without enough preparation.

“The theory behind this is: we’ll take these poor benighted poor people and we’ll move them into ‘better’ neighborhoods where their neighbors will teach them that, ‘oh, look, people get up and go to work.’ That never happens. It didn’t happen here, it didn’t happen anywhere. What happened instead was a hostile reaction on the part of the people who were receiving these folks. Who had just been forced out of their homes and disassociated from everybody they had been hanging out with all their lives. Public housing economy grows around mutual aid. Mutual aid is fueled by social networks. One of the deliberate policies in the Hope 6 was to break up those networks. Because of this vicious, nasty and ill-conceived believe that poor people are bad influences on each other and they teach each other how to do bad things. Really scandalous, scurrilous and really not what the story is. But it gave a good reason to tear down housing projects — oh, over there, and over there – in places where land could be reclaimed. And this was part of the scheme.”

Greenbaum suggests that rather than helping low-income people to live in better housing, the real objective of redevelopment like this has been to increase property values and tax revenue for cities.

Russell Meyer, the executive director of the Florida Council of Churches, says some cities and developers must consider it immoral for poor people to live in an area with desirable real estate.

“There will be two, I think, pretty strong predictions that would come true. One is we will see the level of violence surrounding the city limits increase because now you’ve pushed people in despair out to those limits and they’re just fighting to make it by day-by-day. Secondly we’ll see the traffic problem in those neighborhoods quadruple [or quintuple] because now you’ve taken people who rely on mass transit and you replaced it with cars. And the roadways are already overburdened.”

Tampa is holding a meeting Tuesday night on the West River master plan. It begins at 6:00 p.m. at the MLK Community Center located at 2200 North Oregon Avenue.

Watch video of interview of Greenbaum and Meyer:

Featured image by Eric Fischer: Map of racial and ethnic divisions in Tampa, 2010.