Home Blog News and Public Affairs Elections Why was the midterm voter turnout the lowest it had been in 72 years? 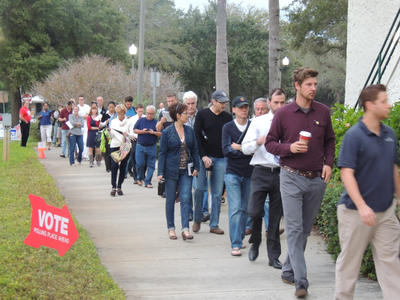 Today on Radioactivity, we’ll talk with Thomas Ferguson, political science professor at University of Massachusetts, on why the national turnout for November’s midterm elections was the lowest for any election cycle since 1942. According to an article Ferguson recently co-wrote for alternet.org, some states experienced the lowest voter turnout since they have joined the union. We then look at the case of Latandra Ellington, a Lowell Correctional Facility inmate, who in October was found dead at the Ocala prison shortly after reporting to her family that she was receiving death threats from a corrections officer. Ellington’s family will be holding a candlelight vigil for the 36-year-old mother of four tomorrow at 5 p.m. at Kiwanis Park in Lake Wales.