Home Blog News and Public Affairs Will the US End Participation in the Iran Nuclear Accord Under President Trump’s New Secretary of State? 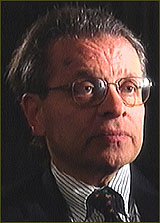 Good morning, welcome to Radioactivity. I’m Rob Lorei. Coming up—
A big shakeup at the Trump administration. Rex Tillerson is out at Secretary of State. That means the current CIA Director moves over to head the State Department. What does it mean for ending US participation in the Iran nuclear accord and torture as an instrument of US Foreign Policy?

President Donald Trump has fired Secretary of State Rex Tillerson- via Twitter – and picked CIA Director Mike Pompeo to shift from being America’s spy chief to being its top diplomat. Trump is also naming Deputy CIA Director Gina Haspel as new head of the spy agency.
Here to talk about what this means for the possibility of war and the use of torture by the US—is MELVIN GOODMAN,
Goodman was an analyst at the CIA for 24 years. His books include Whistleblower at the CIA: An Insider’s Account of the Politics of Intelligence and National Insecurity: The Cost of American Militarism.

The Associated Press is reporting: “President Donald Trump’s pick to be the next director of the CIA is a career spymaster who oversaw torture at a secret prison during one of the darkest chapters in the agency’s history.
If confirmed, 61-year-old Gina Haspel would become the first woman to lead the CIA.
Colleagues describe her as a seasoned veteran with 30-plus years of intelligence experience who would run the agency with integrity. But it’s the few years she spent supervising a secret CIA prison that will be scrutinized at her Senate confirmation hearing.
Trump announced on Tuesday that he had chosen Haspel to succeed Mike Pompeo, who is the president’s pick to replace ousted Secretary of State Rex Tillerson.
Haspel joined the CIA in 1985 and has been deputy director since February 2017. Between 2003 and 2005, Haspel oversaw the agency’s clandestine prison in Thailand where suspected terrorists Abu Zubayadah and Abd al Rahim al-Nashiri were waterboarded, current and former U.S. intelligence officials said.
Waterboarding is a process that simulates drowning and is widely considered to be a form of torture. Haspel also helped carry out an order to destroy waterboarding videos, which prompted a lengthy Justice Department investigation that ended without charges.
Trump has said that he would reintroduce waterboarding and “a lot worse,” but there’s no indication that his decision to pick Haspel signals a desire to restart the harsh interrogation and detention program. He would face steep legal and legislative hurdles if he tried.
Sen. John McCain, R-Ariz., said Haspel must explain the nature and extent of her involvement in the CIA’s interrogation program.
“Current U.S. law is clear in banning enhanced interrogation techniques,” said McCain, who was beaten as a prisoner during the Vietnam War. “Any nominee for director of the CIA must pledge without reservation to uphold this prohibition.”
Former CIA Director John Brennan declined to say what Haspel’s exact role was in the interrogation program, but he told NBC that she has a “lot of integrity” and has tried to carry out her agency duties “when asked to do difficult things in challenging times.””