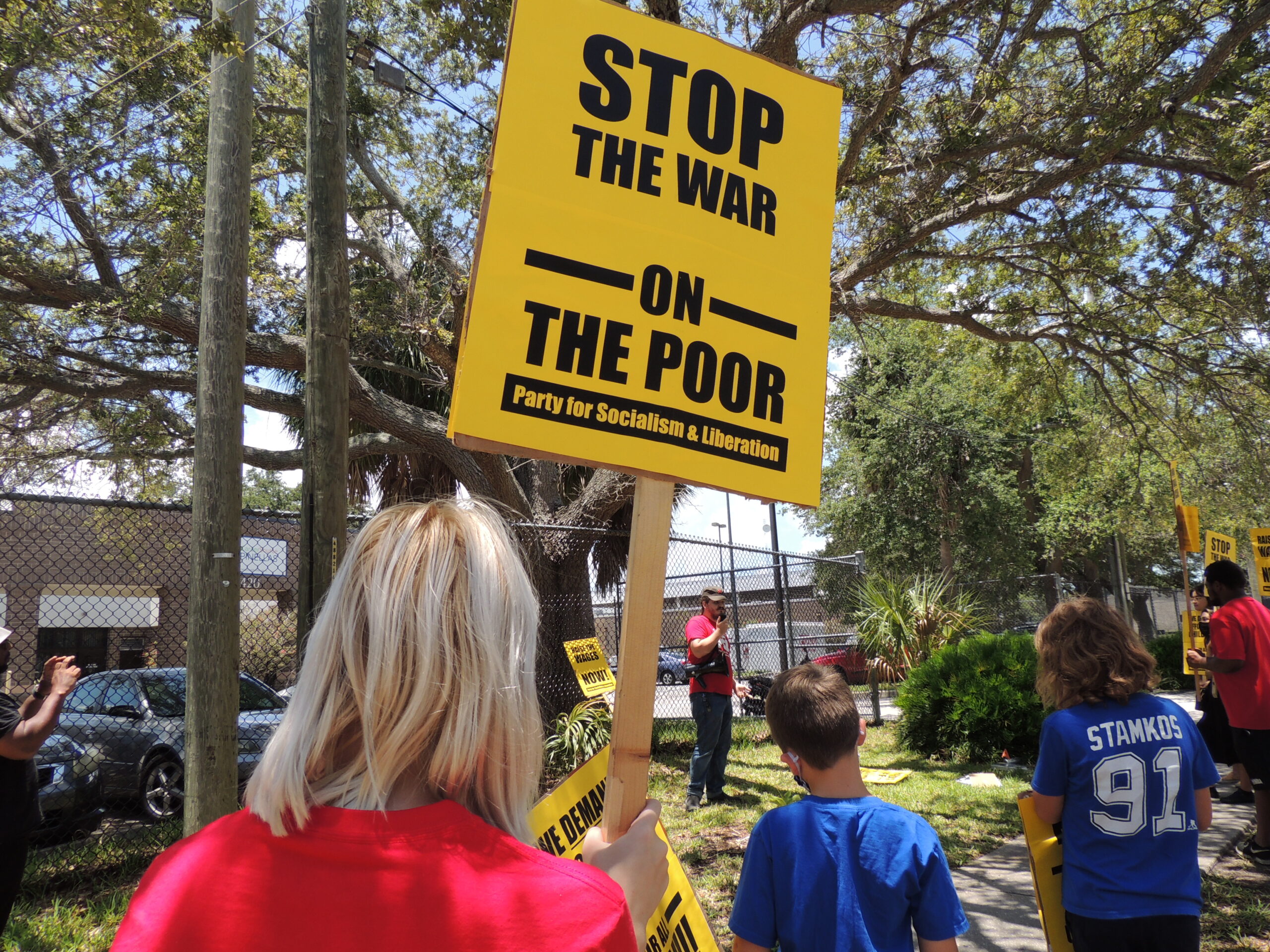 Floridians are rallying virtually and in-person to keep Gov. Ron DeSantis from ending the $300-per-week Pandemic Unemployment Assistance. Many fear they will lose the ability to survive once the assistance ends on Saturday.

Keeping the benefits would require little to no effort from the state of Florida and wouldn’t add any financial burden. And as Rich Templin pointed out, it could actually pull money from Florida’s economy.

“It doesn’t hurt the state at all. It’s not state money. It’s not charged against employers,” Templin said. “It is literally federal dollars meant to help stimulate the economy and to help people have purchasing power. Or stay in their homes and keep food on the table.”

Templin is director of politics and public policy with the Florida AFL-CIO labor organization. The AFL-CIO hand delivered – and submitted electronically – a petition to DeSantis urging him to allow benefits to continue.

Florida already has one of the lowest unemployment benefits in the country. The max is $275-per-week with many getting even less. Because of prohibiting requirements, many Floridians only qualify for the federal $300 benefit. The benefits are already paid for and approved through the American Rescue Plan. They’re supposed to last until September but DeSantis said he’s canceling them June 26th.

DeSantis has continued to cite unfounded claims that more unemployment money is leading to a worker shortage. However, analysis by job site Indeed found job searches have not increased in the dozen states that have already ended benefits. Meaning evidence is mounting that DeSantis’s talking point is a false equivalency. And a study from the Century Foundation found losing the federal benefit could lead to the loss of $800 million from Florida’s economy between now and September.

Paul Cox joined Templin for a Zoom conference Thursday. Cox is the leader of a Florida labor union representing specialized live-event workers. That includes pyrotechnic operators, camera operators, producers and other technical crew that help run Florida’s massive live entertainment industry. Many have advanced degrees and work behind the scenes at places like Disney World and theater venues.

Cox said live entertainment is coming back, but it’s doing so slowly. Many of the jobs available in Florida are in low-wage employment. Cox said ending the benefits puts his members in a tough spot. They have to leave their chosen fields for massive pay cuts and lose out on their careers. Some of the companies won’t even hire Cox’s workers for fear they’d only leave once their industry returns.

“They’re not a part of this workforce that Gov. DeSantis thinks magically exists for them,” Cox said. “This is a made-up crisis. And what’s happening is we’re punishing people that have spent their entire lives developing a career.”

In St. Petersburg Friday about two dozen members of the “300 for Florida” campaign gathered outside a Pinellas County Career Source office. Rev. Andy Oliver of the Allendale United Methodist Church said cutting benefits goes against Christian teachings. He added it has more to do with workers wanting better wages than being lazy.

“This big lie here in Florida that we have a worker shortage because some workers are unmotivated is bullsh–. If Jesus were here today, he’d cry bullsh–,” Oliver said. “It’s not about unmotivated workers. This is about rich, wealthy people not willing to pay a living wage.”