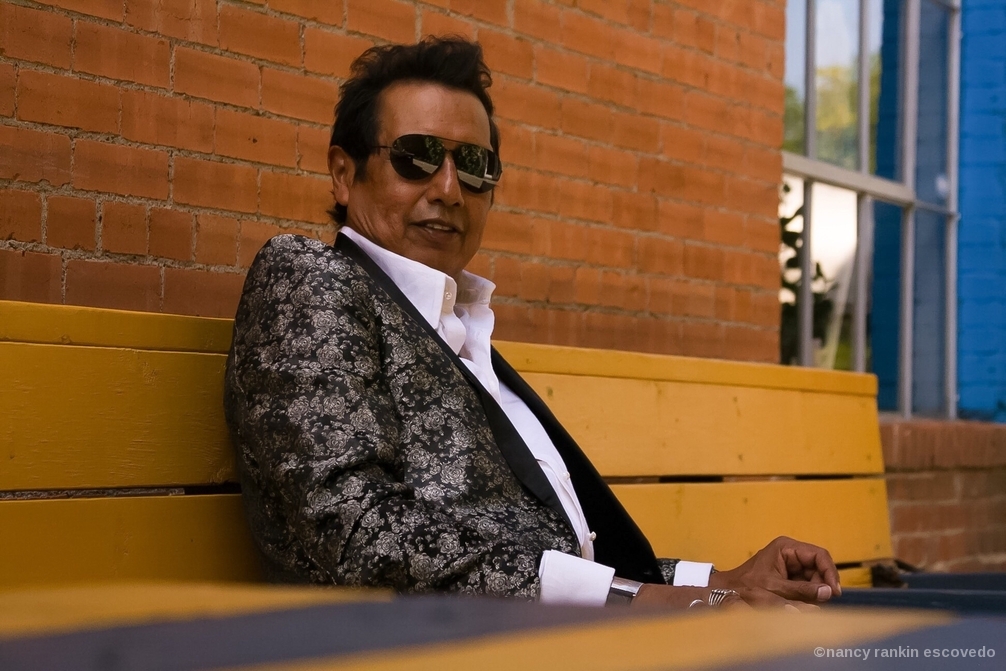 Twenty years ago Alejandro played his first WMNF concert, an unforgettable set backed by a string trio at our one and only Lone Star Music Fest.  He has been back for WMNF in various formats and venues, including a deeply emotional set at the 2006 Tropical Heatwave which was his first concert after nearly dying from hepatitis.

And now he has released one of the best albums of his career.   Alejandro Escovedo released Burn Something Beautiful on October 28th, 2016 via Fantasy Records. The new album, Escovedo’s first solo endeavor since 2012’s highly acclaimed Big Station, is in actuality, a highly collaborative affair. Teaming with Peter Buck (R.E.M.) and Scott McCaughey (The Minus 5) to co-write the album’s songs, Escovedo also enlisted the pair to act as the project’s producers.

Escovedo and company take some mighty big swings here. At once a celebration of the rock and roll life, a contemplation on mortality, and the healing power of love, Burn Something Beautiful connects repeatedly with Escovedo’s soulful heart and voice at its core.

In a trailblazing career that began with The Nuns, San Francisco’s famed punk innovators, to the Austin-based-based alt-country rock pioneers, Rank & File, to Texas bred darlings, True Believers, through countless all-star collaborations and tribute album appearances and finally a series of beloved solo albums beginning with 1992’s acclaimed Gravity, Escovedo has earned a surplus of distinctions: No Depression magazine’s Artist of the Decade Award in 1998 and the Americana Music Association’s Lifetime Achievement Award for Performing in 2006, just to name two.

“You just do your good work, and people care,” Alejandro says. “I always believed, when I was a kid, that if you worked hard, you would find fulfillment. I think I got a lot of that from my father and my brothers. A working musician is all I ever wanted to be. Hard work, stay true to what you want to do, and then eventually someone would notice for that very reason.”

Co-producer Peter Buck says, “I’ve been a fan of Alejandro’s music for over 30 years, and recording with him was as good as I expected it to be. I think he, Scott McCaughey and I really extended our vocabulary as writers and musicians, coming up with something that is unlike anything we have done individually in the past.”

“I felt a real kinship with Alejandro since we first met in 1986,” Co-producer Scott McCaughey says. “We bonded over our mutual love of the rock & roll circus. Making this record really meant a lot to me, and I think people will get that when they hear it.”

Burn Something Beautiful is Alejandro Escovedo at his very best. His many gifts are revealed across a lifetime spent in dedication to and faith in the hard work of life and music…and its possibilities.

“Musically, Alejandro Escovedo is in his own genre.” – David Fricke, Rolling Stone

“Alejandro Escovedo  was like a lean slice of nighttime that had found its way into a sunny afternoon. That set was rumbling roots-punk guitar gunslinging at its most fierce and hip. After a long afternoon on a festival stage, the 60-something Escovedo still bristled with energy. Cool cats get nine lives. Ticking it off on your fingers, it seems as if the Texas songwriter must have cycled through all of those and then some.” – Allison Fernstock, New Orleans Times-Picayune

Pat Puckett is a pillar in the Tallahassee Fl. music scene”-Tony Depalma,the Farside
Pat Puckett has toured as guitarist for Alejandro Escovedo and Laura Minor.He also enjoyed a 10 year run with the Casual T’s.