Home Dave Alvin and Phil Alvin with The Guilty Ones, plus Lauren Mitchell Band 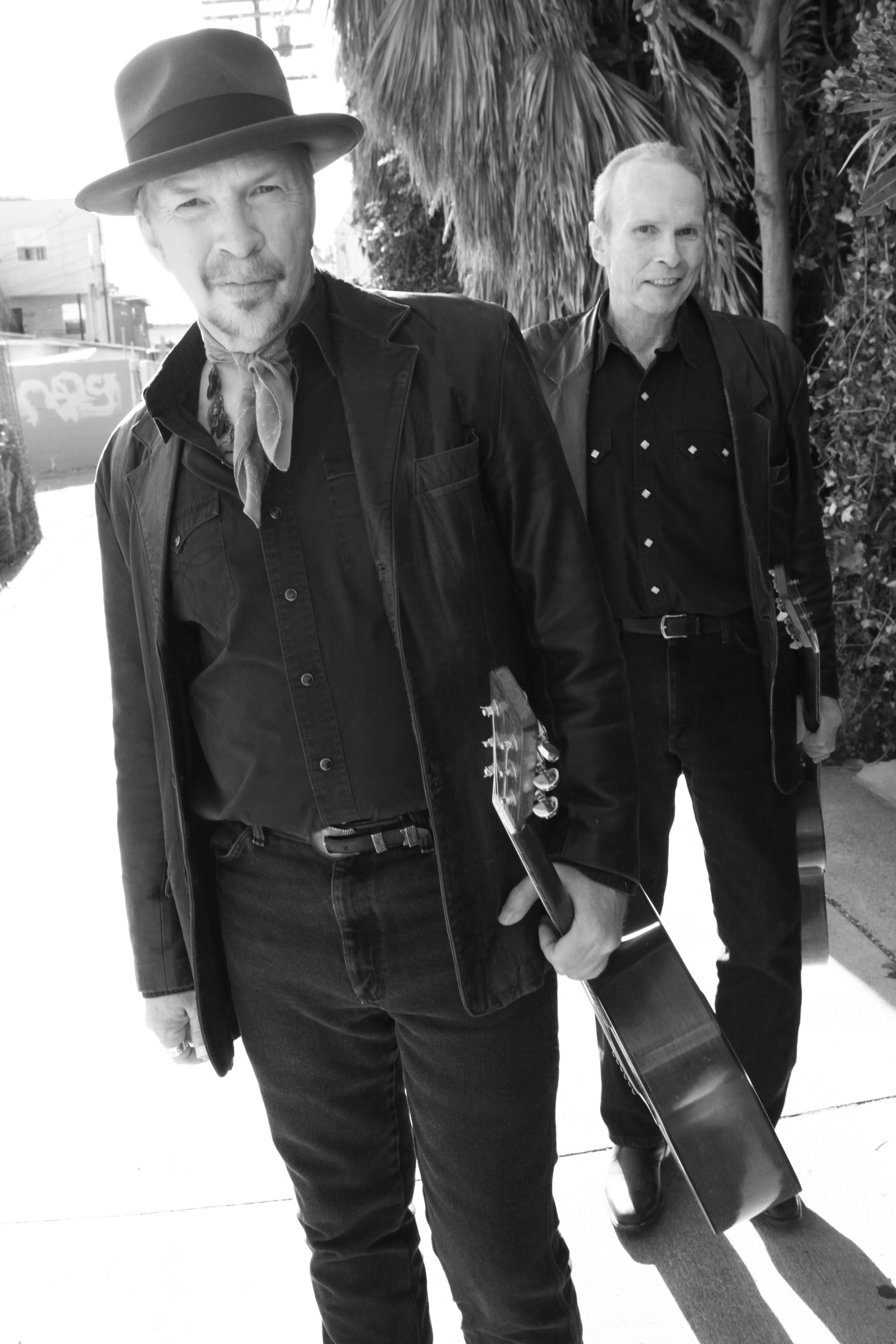 Advanced sales have ended at WMNF, by phone & on-line… There will be plenty of $25 tickets to purchase at the door (open at 7pm) or check an outlet for the advanced priced tickets.  No more rain predicted for this evening, so see you at Skippers!

“Lost time is not found again.” This ancient idiom is at the heart of brothers Dave Alvin and Phil Alvin’s long, tumultuous relationship. However, in Dave’s own words, “Sometimes Fate, or God or the Universe, gives you a rare chance to prove an old saying is wrong.” The brothers’ new album, appropriately titled ‘Lost Time’, does just that.  The album is currently #1 on the Americana Radio chart.

Over ‘Lost Time’s’ twelve tracks, Dave and Phil pay homage to a number of artists and songs that had an early, formative influence, in Dave’s words “the masters of the Blues, the most transcendental form of American music.” Everyone from Lead Belly to James Brown is represented, but the figure who looms largest on the album, and in the brothers’ own musical journey, is Big Joe Turner. The Alvins met Big Joe as teenagers, and he would mentor them for the remainder of his life. They remain his humble students, and cut four Turner songs for ‘Lost Time.’

If their GRAMMY-nominated 2014 album ‘Common Ground’ was the sound of a partnership rekindled, ‘Lost Time’ is a four-alarm fire. Dave’s guitar work slithers and stings as never before, and Phil’s feral howl cuts to the core. Dave and Phil both sing and play guitar throughout ‘Lost Time,’ and are joined by a crack band including Lisa Pankratz (drums), Brad Fordham (bass), and Chris Miller (guitar).

With a smoking backing band featuring legendary Gulf Coast B3 master “The Professor Mike Hensley”, The Lauren Mitchell Band will rock the house with their high-energy concoction of blues and soul. Based in central Florida and playing on the big stages throughout the South, the Midwest, and the East Coast, this is one hot band and sultry singer that you don’t want to miss.