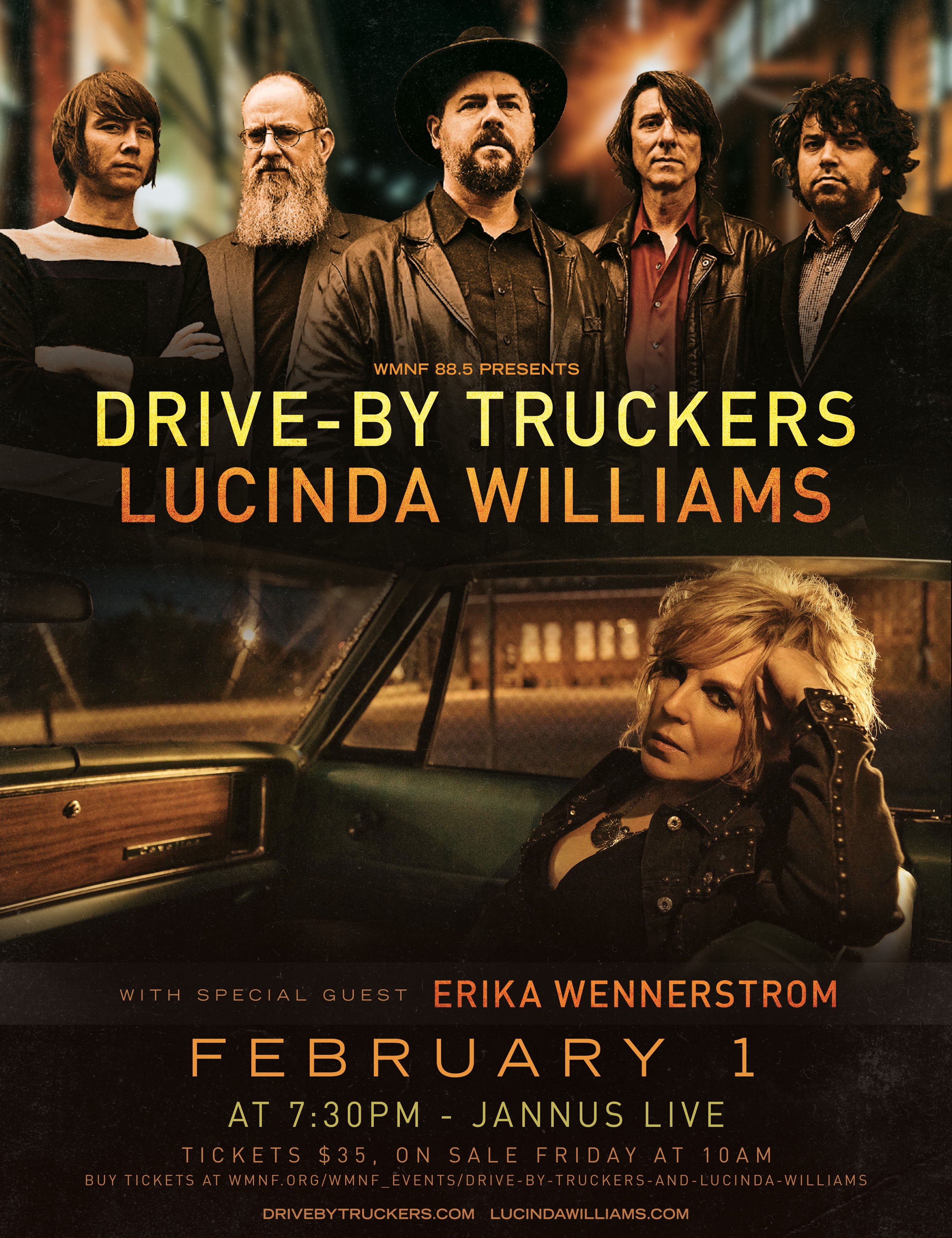 A fabulous WMNF double-bill – Two of our all-time favorite artists.

THIS SHOW IS SOLD OUT ~ If you have tickets, the will-call HAS GONE to St Pete already & is opening by 5:30pm or sooner, if possible ~ Thanks, Miss Julie!

Drive By Truckers have been favorite WMNF artists for over twenty years, as the station has appreciated their outspoken music, telling a distinctly American story via craft, character, and concept, all backed by sonic ambition and social conscience. Founded in 1996 by singer/songwriter/guitarists Mike Cooley and Patterson Hood, the band have long held a progressive fire in their belly but with their most recent album AMERICAN BAND, they have made the most explicitly political album in their extraordinary canon. A powerful and legitimately provocative work, hard edged and finely honed, the album is the sound of a truly American Band – a Southern American band – speaking on matters that matter. DBT made the choice to direct the Way We Live Now head on, employing realism rather than subtext or symbolism to purge its makers’ own anger, discontent, and frustration with societal disintegration and the urban/rural divide that has partitioned the country for close to a half-century. Master songwriters both, Hood and Cooley wisely avoid overt polemics to explore such pressing issues as race, income inequality, the NRA, deregulation, police brutality, Islamophobia, and the plague of suicides and opioid abuse. As a result, songs like “What It Means” and the tub-thumping “Kinky Hypocrites” are intensely human music from a rock ‘n’ roll band yearning for community and collective action. Fueled by a just spirit of moral indignation and righteous rage, Drive-By-Truckers play protest music designed to raise issues and ire as the nation careens through a perilous period of American history. 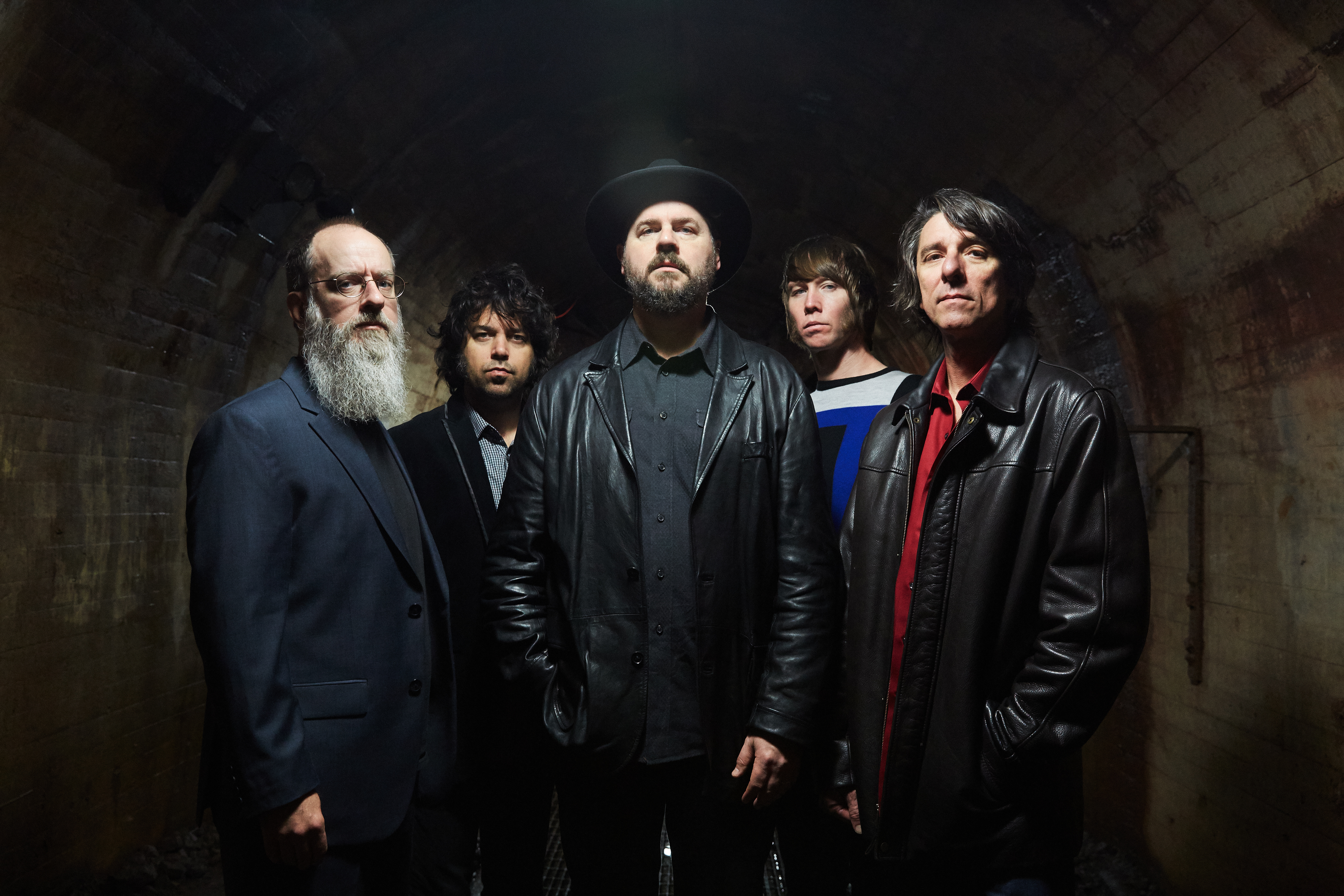 Three-time Grammy Award winner Lucinda Williams has been carving her own path for four decades now. Born in Lake Charles, Louisiana, Williams had been imbued with a “culturally rich, economically poor” worldview.  her first album came out in 1979, the same year that WMNF signed on the air, and we have been playing her for the station’s thirty-nine years.   Her early career was underground outside of community radio.   Playing the hardscrabble clubs gave her a solid enough footing to record a self-titled album in 1989 that would become a touchstone for the embryonic Americana movement – helping launch a thousand musical ships along the way. When it was reissued in 2014, Jim Farber of theNew York Daily News wrote: “Listening again proves it to be that rarest of beasts: a perfect work. There’s not a chord, lyric, beat or inflection that doesn’t pull at the heart or make it soar.”
Williams won a Grammy Award for Mary Chapin Carpenter’s version of “Passionate Kisses.” Her albums are invariably hailed for their indelible impressionism — like 1998’s Car Wheels on a Gravel Road, which notched her first Grammy as a performer. All Music Guide describes Williams’ 2007 album West as “flawless…destined to become a classic.” The Los Angeles Times dubbed Blessed (2011) “a dynamic, human album, one that’s easy to fall in love with.” Those albums retained much of Williams’ trademark melancholy and southern Gothic starkness, but also exuded more rays of light and hope. This all lead to the release of back to back critically acclaimed double albums both co-produced by Greg Leisz – Down Where the Spirit Meets the Bone in 2014 and The Ghosts of Highway 20 in 2016. In June of last year, Rolling Stone named Lucinda one of the top 100 Greatest Country Artists of All Time.  A beautiful remake of Sweet Old World was released later in the year. 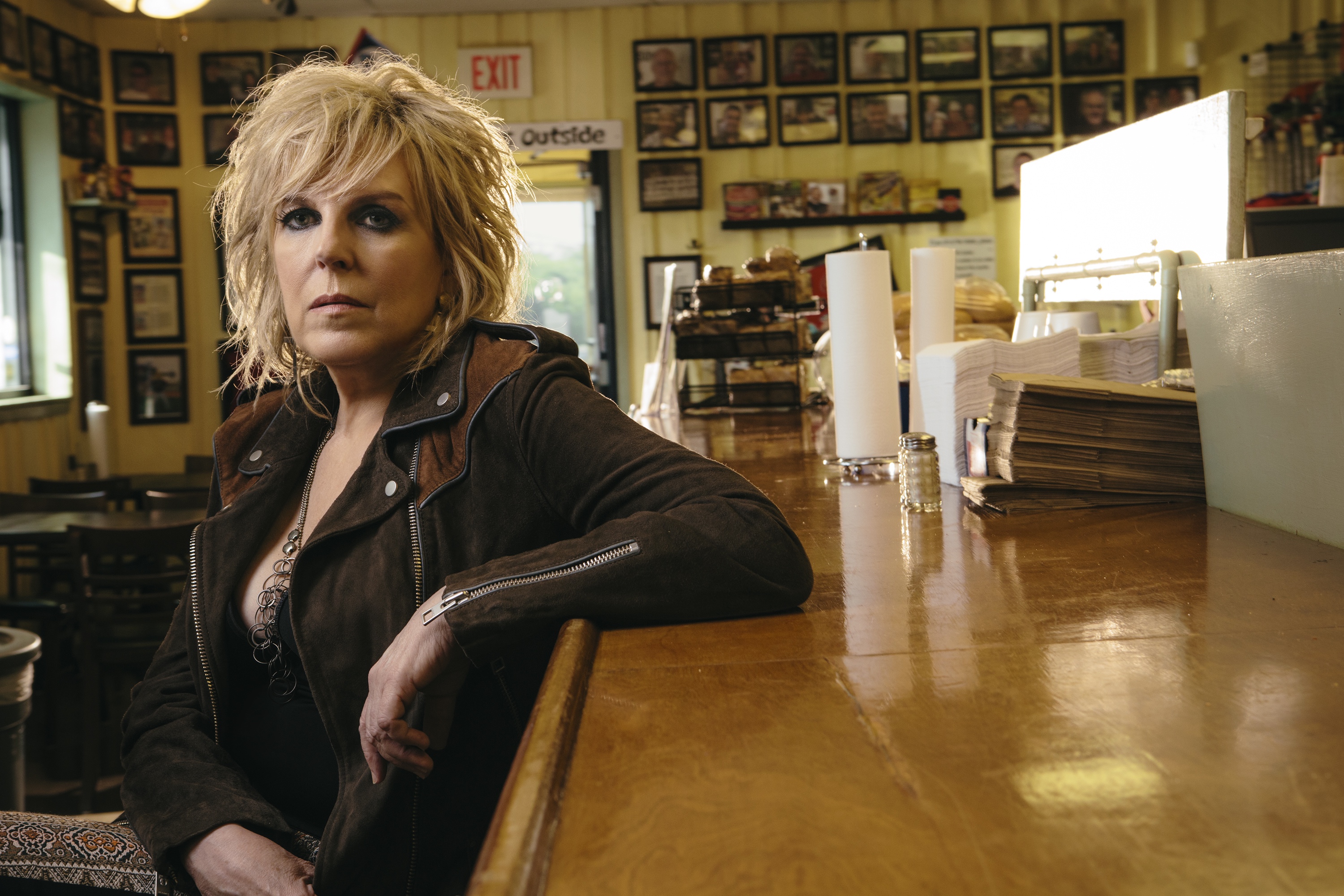