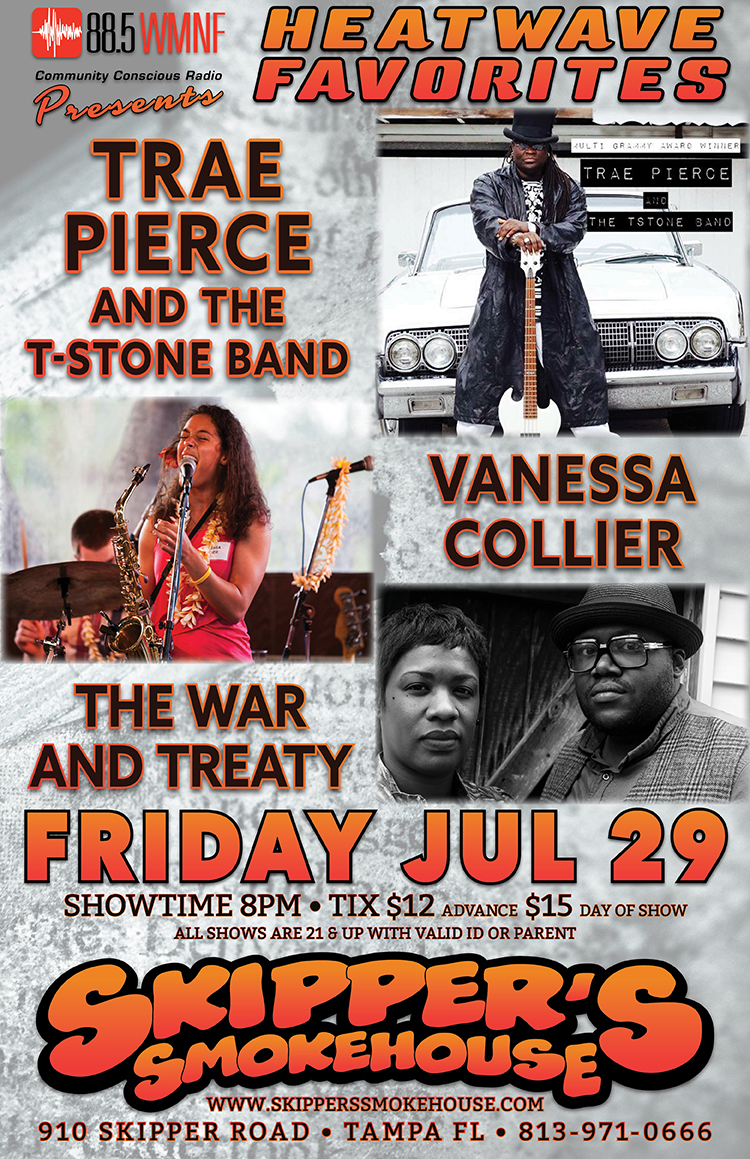 These three bands were among the most acclaimed performers at the 2016 Tropical Heatwave. If you missed some or all of these sets or did not attend Heatwave, you can see three groups who really turned on the crowds.   Door tickets will be $15… Here are reviews of each of their  sets:
Trae Pierce and the T-Stone Band  (reviewed by Chris Rodriquez of Libro Musica)
The crowd roared as the band commenced their performance, Trae’s stage presence is as unnoticeable as a mutant pink elephant sitting in the room drinking a martini. Like Peter Frampton and Joe Walsh before him, Trae employs the use of a talk box but uses it with his bass, how many artists can you say do that?  His son, vocalist Ramon “Rae Pierce”, and the rest of the band were in sync and tack-sharp as they busted through original material and oh-so-cool covers of what happened to be a few of my favorite tunes. “No Diggity” (Blackstreet), the theme song to Fresh Prince of Bel-Air (DJ Jazzy Jeff and the Fresh Prince), “Fire” (Ohio Players) and “Killing in the Name of” (Rage Against the Machine).

You could treat this performance like a recipe; equal parts funk, rock, hip-hop, and soul. Combine ingredients into blender, mix well, simmer over heat, and out comes Trae Pierce & the T-Stone Band hot and ready. After the band had rocked the Ritz in Ybor City,  Pierce jumped off of the stage making his rounds through the crowd greeting and high-fiving the fans. At this point, I was musically exhausted from this high-energy, pulse-pounding concert. As the group walked off the stage much to the disappointment of the crowd, they started chanting “encore”, and the band obliged. As their final song of the night, they chose to pay tribute to the late icon Prince with “Purple Rain.” As purple lights reigned in the background and emotions stirred, it was a more than fitting way to end the night.
____________________________________________

Vanessa Collier  (reviewed by Andy Warrener for Creative Loafing)
I’d had Vanessa Collier’s time slot circled ever since I’d heard her music and interview on WMNF. I was impressed coming in, but was blown away by her performance. WMNF DJ Cameron Dilley summed it up best: “She got up there in front of an empty room, came in and took it … There wasn’t one iota of energy not focused on her.”
The dance floor at the Italian Club filled up before Collier finished her first number, “Tongue Tied”. Collier blared away on sax, set up amid a clutter of players on drums, keyboards, bass and guitar. It was a small ensemble for the large stage but the sound filled the room and spurred the crush of bodies on the tile floor.

Collier proved just as raw, gritty and accessible as she is talented and alluring. She owned the stage, laughing, smiling and engaging the crowd as she delivered a set of original material (including “Bad News Bears,” a top three finalist in the John Lennon Songwriting Competition) and cover tunes; during BB King’s “When Love Comes to Town,” her sultry soulful voice and captivating energy drew the crowd closer to the stage, while Chris Smither’s “Love Me Like a Man” gave her the chance to let her bandmates shine.

I’m not sure if I had ever seen a grown man swoon but it happened on more than one occasion during Collier’s set. She charmed the living crap out of everyone in attendance and was easily a festival highlight. 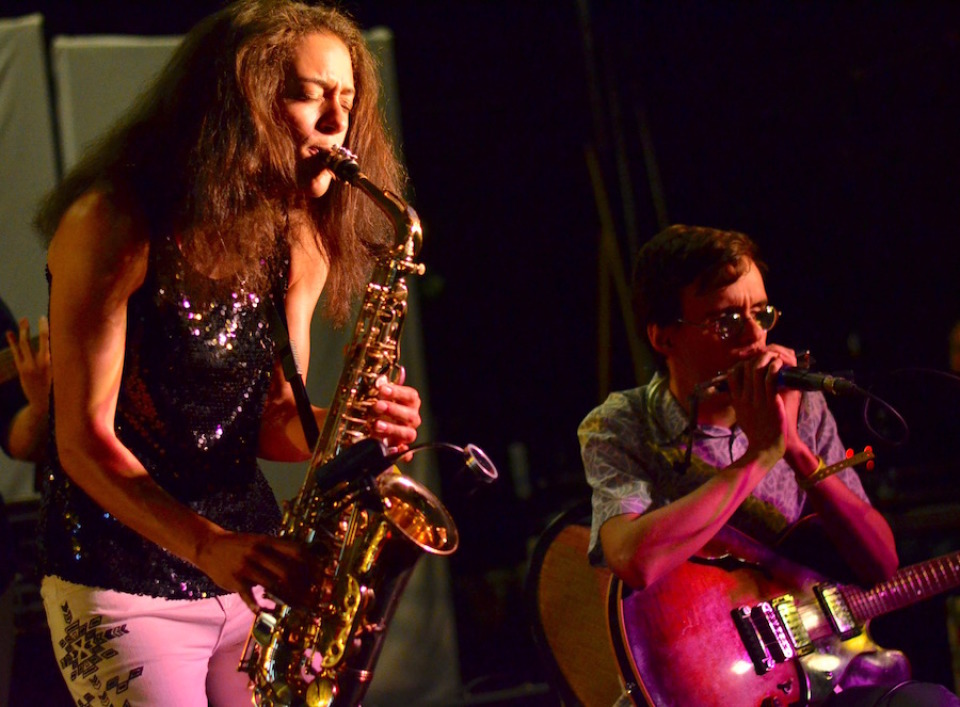 The War and Treaty, reviewed by Matt Hillman for MusicFestNews.com

One of the things I truly enjoy about WMNF’s Tropical Heatwave is they bring out a lot of acts that I wouldn’t normally see but that I get absolutely floored by.    One of those great surprises was The War and Treaty. A husband-and-wife duo (Michael Trotter Jr and Tanya Trotter) out of Baltimore, they sing very high energy Americana/soul with a very gospel-infused sound.

Their powerhouse vocals are backed with nothing more than a simple keyboard and occasional violin, but they still generate a sound that had everybody dancing and smiling. Their lyrics are equally as powerful as their sound, with their songs conveying themes such as racism, social inequality and, above all, a sense of community and love. 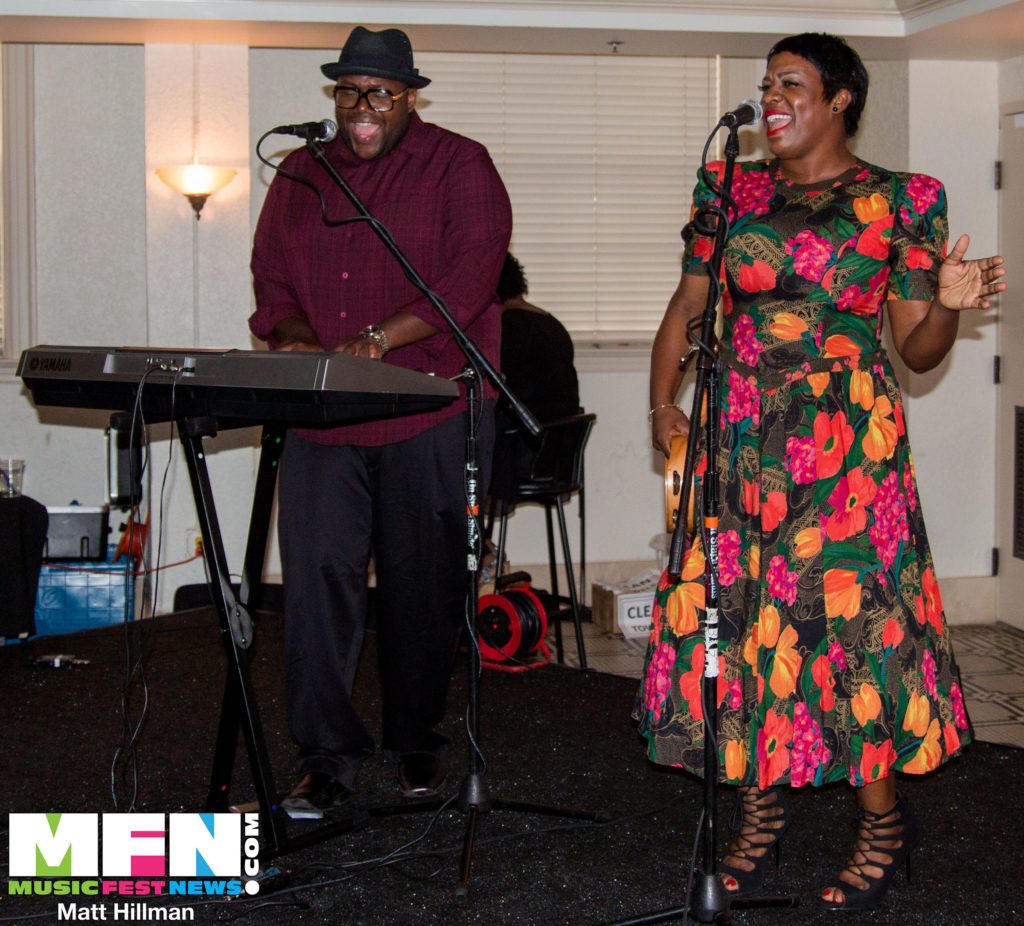