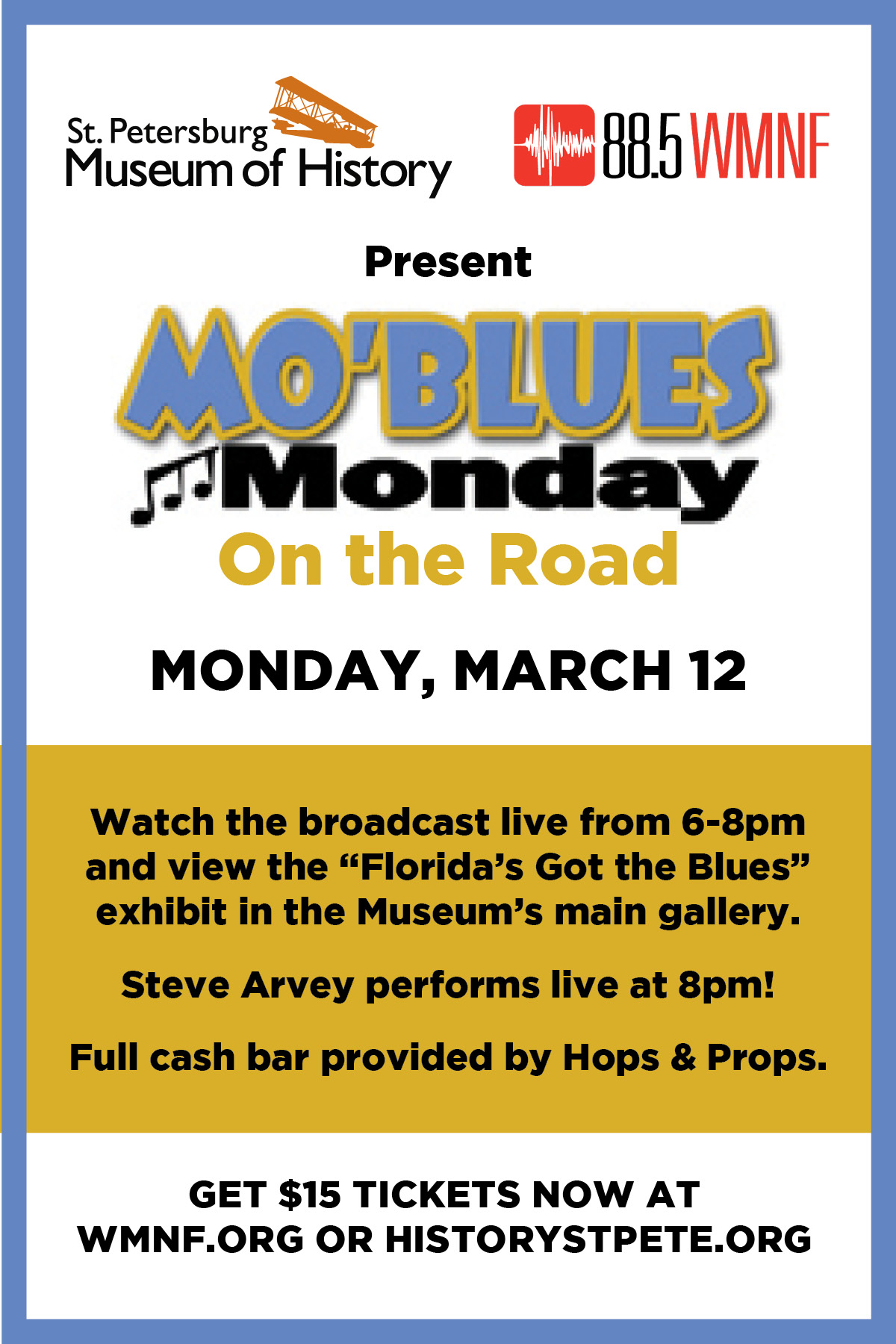 Steve Arvey has a long history playing blues, first learning country blues when he lived in Gainesville;  then becoming a sideman in  the Chicago blues scene playing bass guitar, guitar, and drums behind such blues legends as Hubert Sumlin, Jimmy Rogers and Junior Wells;  then leading his own band which toured all over the world from 1981-1991. He started playing more acoustic blues and in 1993 the Chicago musical group Monkee Chow emerged with Steve an integral part of this popular band.  In 2000 Steve recorded the song “Blues Messiah” on his Fine Line CD which got major airplay in Australia and established Arvey as a singer-songwriter.  Steve then started his international trek which brought him to Australia, Ireland, England, Wales, Italy, Isle of Man, Spain, Austria, France, New Zealand and Scotland to perform at festivals, theaters and clubs.   In 2007 Steve moved to Florida where he works constantly.   Steve still works with many of the great Chicago blues legends and tours the World playing both electric and acoustic blues.   With his long history with the blues he will have lots of stories to tell!

Tickets are $15 in advance $18 at door and gets you admission to the museum, sit in on the radio remote, and enjoy the Steve Arvey Duo.