Home Pleased To Meet You: The WMNF 75th Birthday Tribute to Mick Jagger 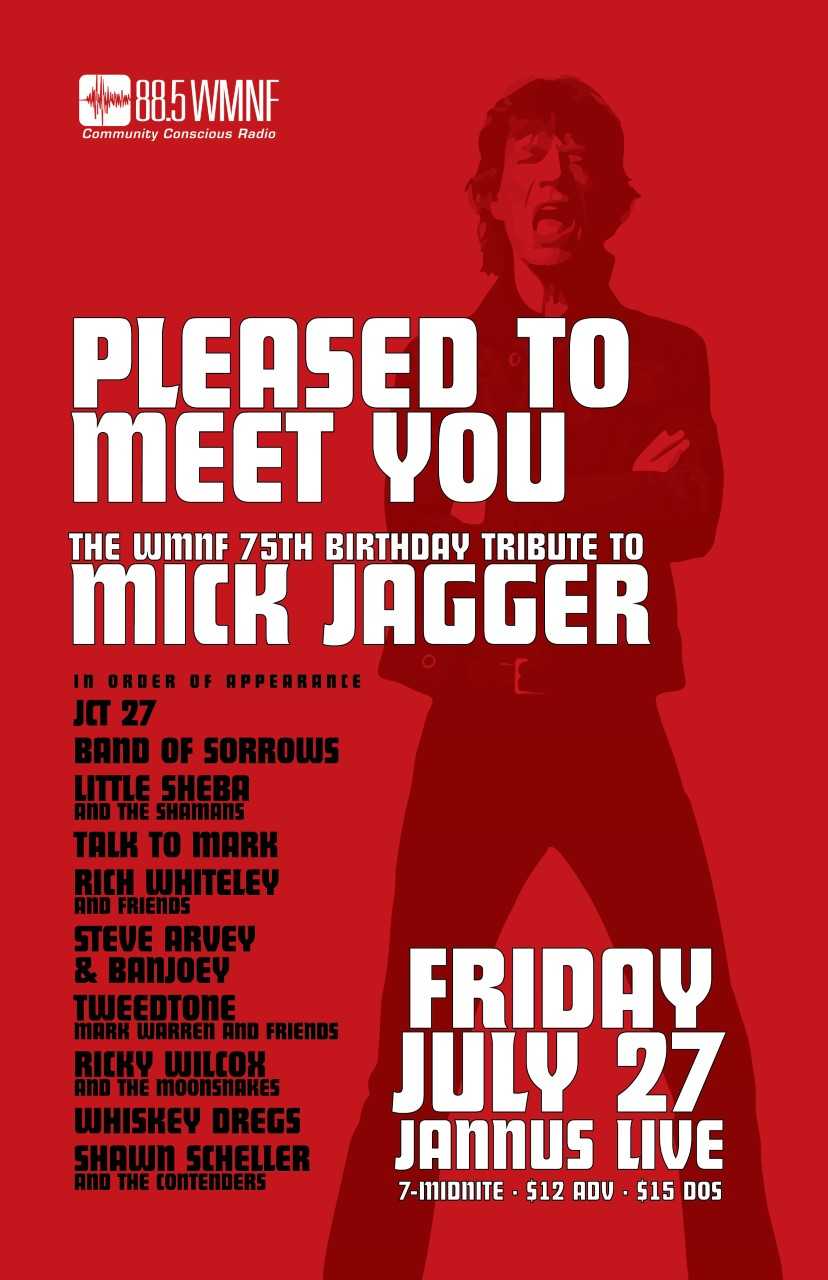 Mick Jagger  is turning 75!   Acknowledged as the greatest front man ever,  Michael Philip Jagger has single handedly defined what it means to be the singer with a rock band, a blues band or any other kind of band during his fifty-five year career. Whether it’s in the studio or on stage – where he and the rest of the Rolling Stones have performed in front of more people than any band in history – he continually sets the standard to which others aspire, yet rarely attain.  With his songwriting partner and band mate Keith Richards he has written some of the most recognizable rock anthems of the last fifty-five years. Songs that are the staple of every covers band in the world; songs that have been performed by just about everyone who is singing or playing in a band.

For this tribute to rock n’ roll’s greatest bandleader we sought an all-star list of bands who excel in tribute shows.  Our bands have chosen about fifty songs from the amazing Rolling Stones catalogue to play at Jannus Live,  the iconic concert venue in downtown St. Pete.