Home Songs From the Attic 2 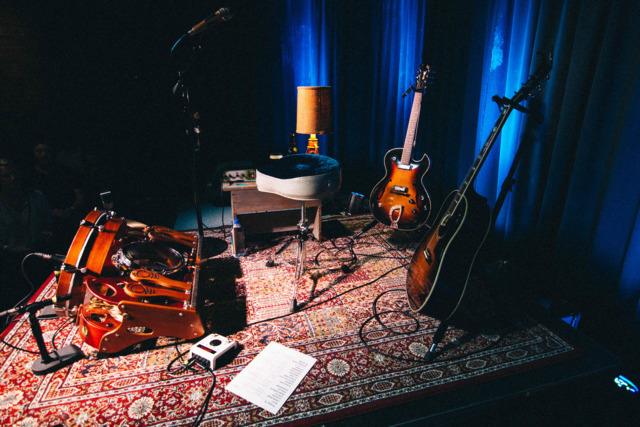 A great listening room venue in Ybor City.  Advanced sales have ended, door opens at 6pm & we have $20 tickets to sell there.

The Hummingbirds   –  The WMNF duo have become WMNF favorites with records and live shows that exude hospitality, charm and musicality.  S.G. Wood & Rachel Lynn play folk-country with tales of love and loss, rattlesnakes and swamps, highways, and lighthouses.  Live,  their musical and personal chemistry is extraordinary.

Mountain Holler  “Mountain Holler” is the moniker of multi-instrumentalist Mark Etherington,   Along with playing drums in the national touring instrumental band Set and Setting and fronting the psychedelic-folk/groove outfit RedFeather, ‘Mountain Holler’ is Etherington  as solo performer featuring melodic guitar playing and haunting singing style.    His ambiguous spiritual  lyricism is a window into his love and time spent out in nature ranging from the forests and rivers of Florida to the mountains and canyons of the four corners region of the United States. When asked to describe his music his response is simple, “it’s music from the city about the beauty of the mind and country”.

Amber Lynn Nicol  –   Amber Lynn Nicol is a singer-songwriter, music producer, guitar player whose 6th studio album titled “Endless Summer” was released in 2017. She’s received community and industry attention for her indie Youtube videos: “Came Here to Dance” and “Cowboy.” Music fans and fellow artists appreciate varying elements of her thoughtful songwriting and soundscaping abilities. She’s known for jumping genres— from country to blues to rock— and most recently pop and EDM music. Her smooth yet edgy vocals are just as great live and they are on record.

Joshua Reilly  –  Illinois born and Dunedin based, this guitarist and singer-songwriter’s tunes give an intelligent  reverence to topics ranging from the “everyman’s” blue-collar struggles to the more unique corners of life, all through a lens that audiences continue to find both refreshing and familiar. Reilly’s first studio release came out in 2017 and received good WMNF airplay.