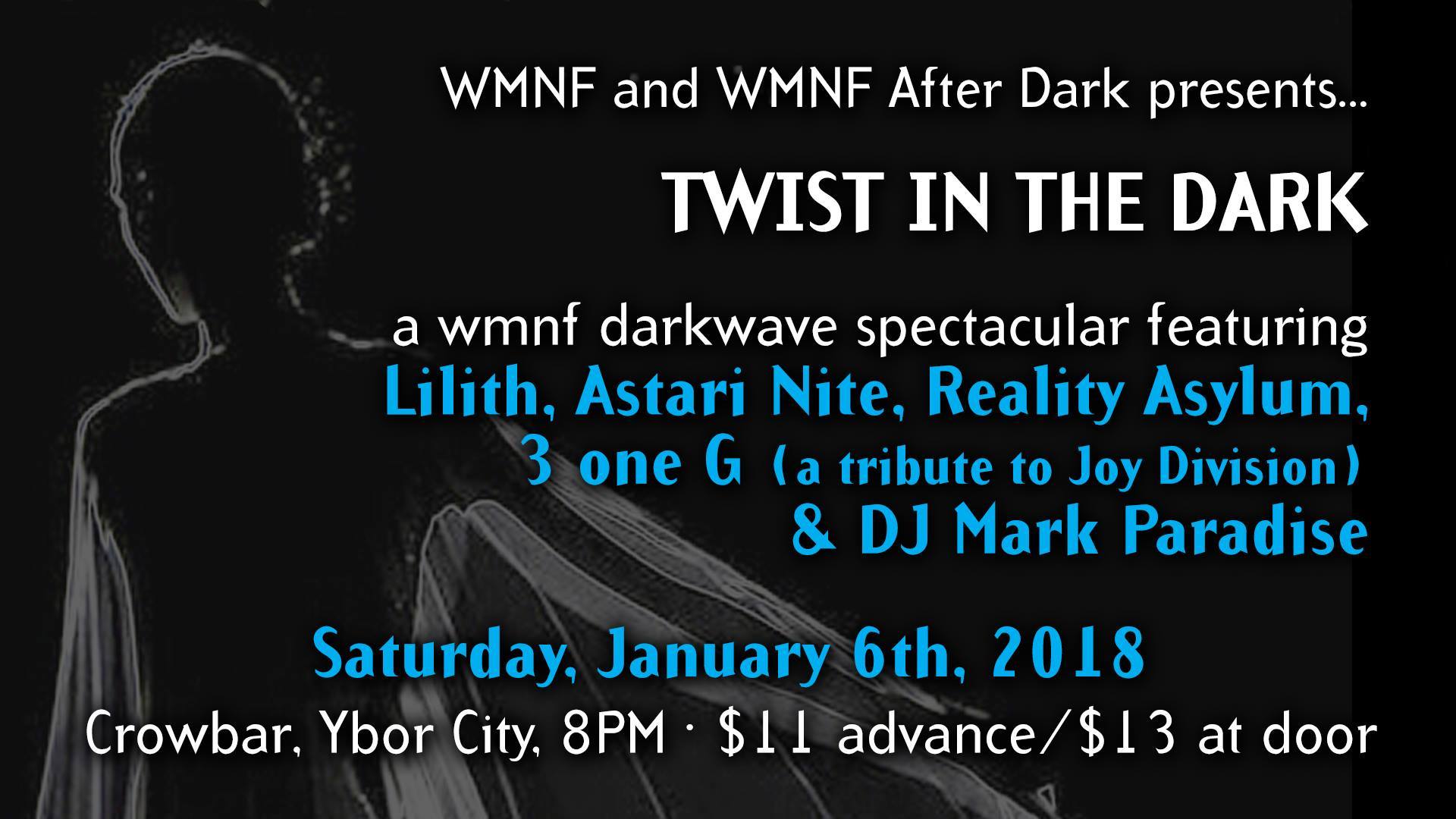 Info on the bands~

Astari Nite have been on the cutting edge of the underground  South Florida music now for about 8 years. Astari Nite channels an obscure beauty in the crossfire between new-wave, post-punk. Formed in 2008 after years of internalized ideas and melodies, this four-piece band consisting of Mychael Ghost (lead vocals), Illia Tulloch (drums), M. Sallons (bass) and Howard Melnick (guitar) explores the themes of love, submission, magic and melancholy through their dense and quasi-cinematic productions. Inspired by iconic acts like The Cure, New Order, Depeche Mode, and Placebo, Astari Nite offers a timeless combination of thoughtful lyricism, stirring vocals, and 80’s instrumentalism.

Lilith is none other than St. Pete’s  Lauren Lance. You may know her from other projects such as Lauren Lance and the Libations and Panamory. Lauren has presently taken on duties as the event coordinator at the Iberian Rooster in St. Pete. Lauren’s project “Lilith” is more of an occult, witchy, witchouse and trancey musical projection.

3 one g are a joy division tribute band