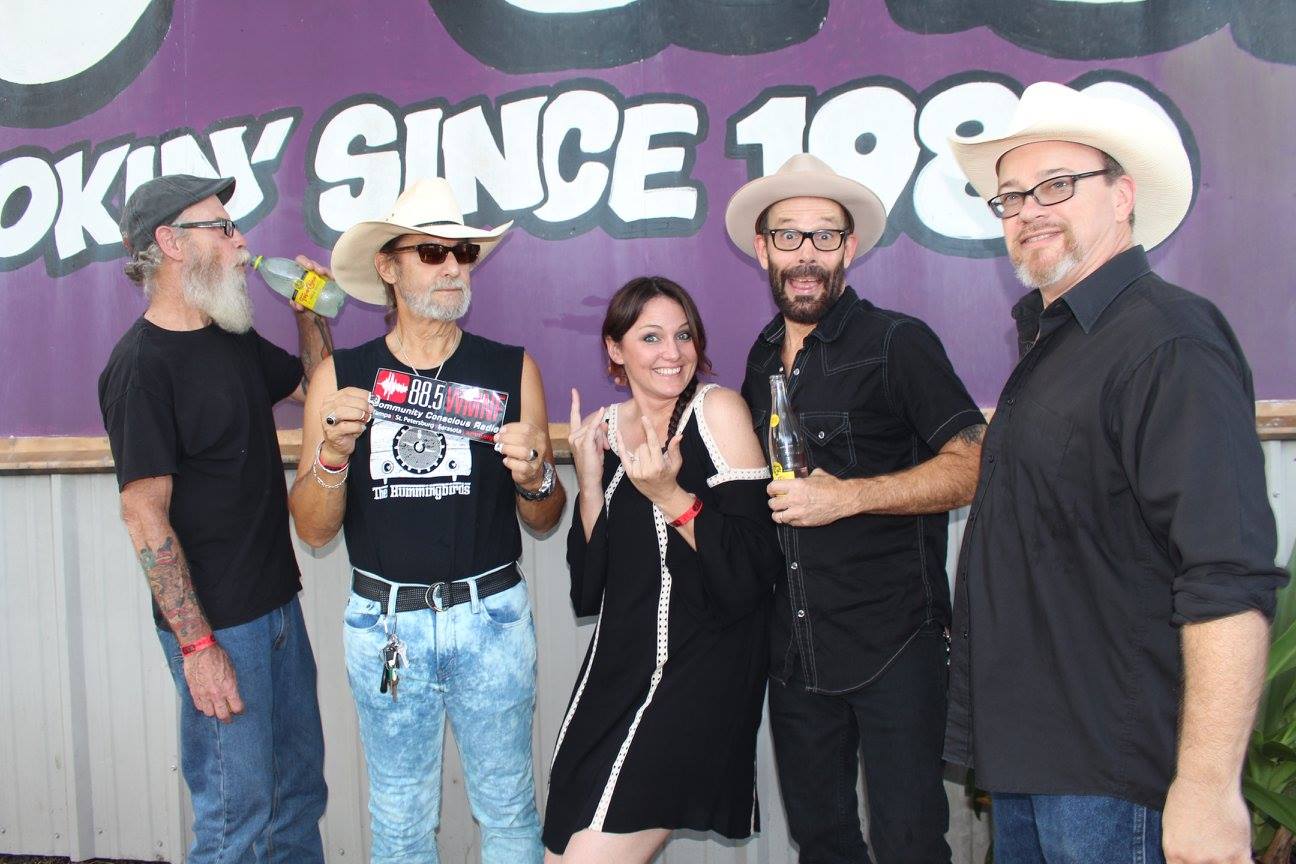 Tickets are $12 in advance at outlets;   or $15 at the door, opening at 3pm. The weather looks great; come on out even if you can only see some of the festival.

The annual summer event is a great showcase for alt-county, folk-rock, roots rocking bands.  Here is the schedule:

4:00 – 4:30    Oak Ramble  –  Oak Ramble is a Tampa-based acoustic trio comprised of guitarists/singer songwriter Jeremy Willis, upright bassist/vocalist Nader Issa and Joe Trivette on the mandolin and vocals. They each have a diverse background in music and in Oak Ramble they combine instrumental rapport with engaging vocal harmonies.  Their  combination of influence and originality coupled with a positive and fun loving attitude make Oak Ramble a one-of-a-kind pleasure worth coming early for…..

4:35  – 5:20   Matt Woods  –  For a decade WMNF has welcomed the visits to our area by Matt Woods.  Matt’s concerts are emotionally gripping – a blend of resilience and remorse in songs that consistently find an intimate connection.  With his gritty voice, he sings from the heart –  a little bit ragged, but never lacking the honesty and conviction so essential to that balance of credibility and confidence.

6:15 – 6:45   Band of Sorrows  –  Band of Sorrows pays tribute to the timeless voices that define Southern music thru a unique lens. Featuring journemen of the Americana and alt-country music scene, their songs feature whisky soaked vocals pedal steel and a solid rhythm section

7:00 – 7:30    Joshua Reilly   –  Illinois born and Dunedin based, this guitarist and singer-songwriter’s tunes give an intelligent  reverence to topics ranging from the “everyman’s” blue-collar struggles to the more unique corners of life, all through a lens that audiences continue to find both refreshing and familiar. Reilly’s first studio release came out in 2017 and WMNF Americana programmers consider it as good as any national Americana album last year.

8:30 – 9:00     Hannah Harber & the Lionhearts  – This is a new band out of  Orlando who have only played a few shows in the Tampa Bay area, but each time, including an April Live Music Showcase, they drew rave reviews, with a repertoire that includes tasty covers from different genres and eras,  and impressive originals.   Hannah Harber is a new addition to the Wynn musical clan in Orlando via marriage to local Southern-rock pillar Thomas Wynn, with her own solid band  including her husband on drums. They plan to release a debut album this summer.

9:15  –  9:45   Cottondale Swamp   –   Cottondale Swamp revels in the old Florida vibe that is found on the back roads, small towns and swamp lands of this state. Their music is Southern Americana rock ‘n roll with solid old school Country and honky-tonk sensibilities.    Cottondale Swamp is fronted by Kenny Grube who was an Elvis Tribute artist for the last 10 years.  His voice has an authentic southern drawl that expresses the years he has endured paying his dues on the B, C, and D circuits of the southern United States. He is backed by an equally experienced band of road warriors.

11:00 – 11:45    The 502s  –  The 502s are a raucous indie folk group formed by three cousins from Central Florida. Since 2015, The 502s have taken their swaggering blend of Americana across the coast including Okeechobee Music Festival and Communion Records’ NYC showcase. Their album is a heartfelt invitation to good old-fashioned fun, and they are celebrating with a tour of the US and Europe in 2018.  Get introduced to this fun band!