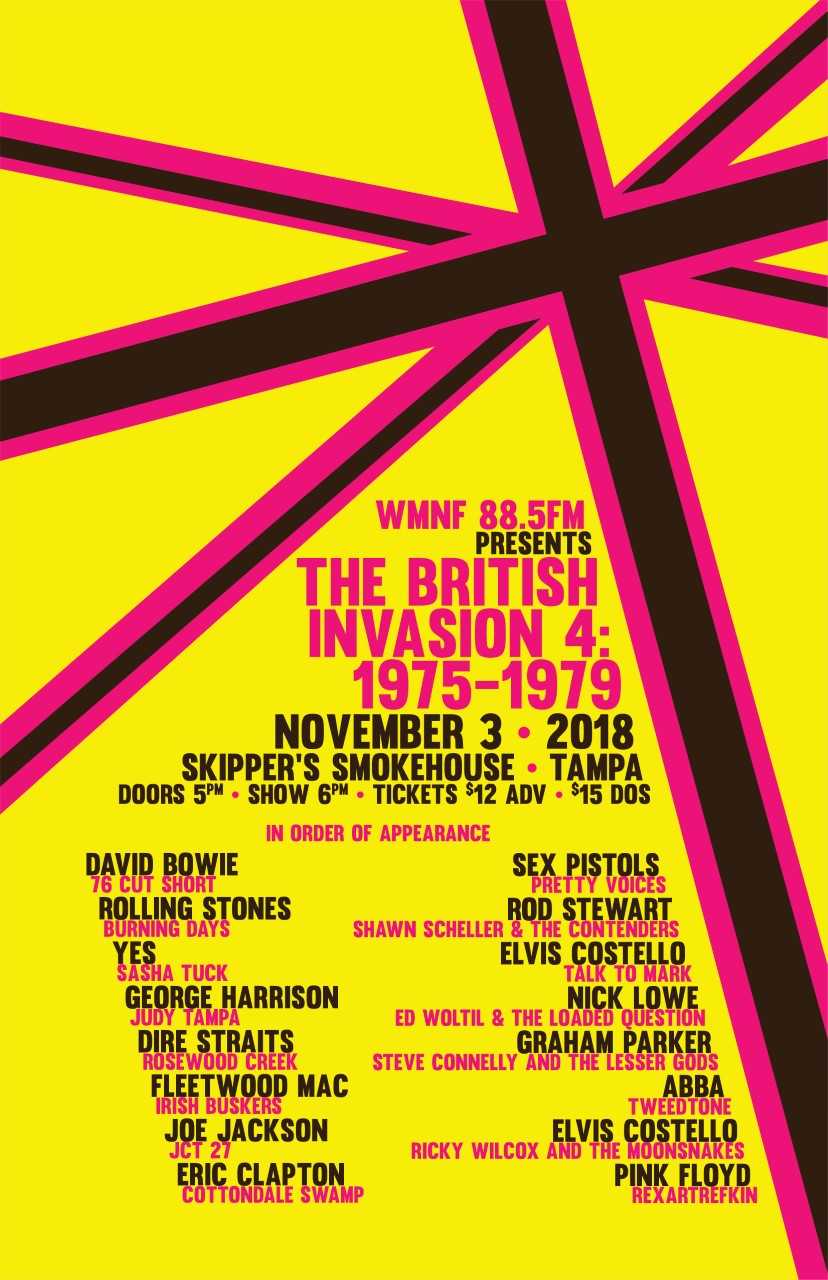 Share this:
WMNF presents The British Invasion 4: 1975-1979
The British are coming, the British are coming…we give up!
The 60’s had ended but England’s audio assault on the states continued in the late 70s as progressive rock  gave way to  new wave.    While some of the English bands of the sixties and early seventies continued to make good music. the 1975-79 period was marked by a plethora of new English bands giving fresh energy to rock.
To celebrate our surrender to the Brits—WMNF presents The British Invasion IV.  6 hours of the best songs of the British invasion.  15 bands, each are performing 3+ songs by their favorite British Band from 1975 to 1979.

*All times and bands subject to change

** Advanced price tickets available on-line until 2:30pm on Saturday.  After that, check an outlet or get them at the door for $15