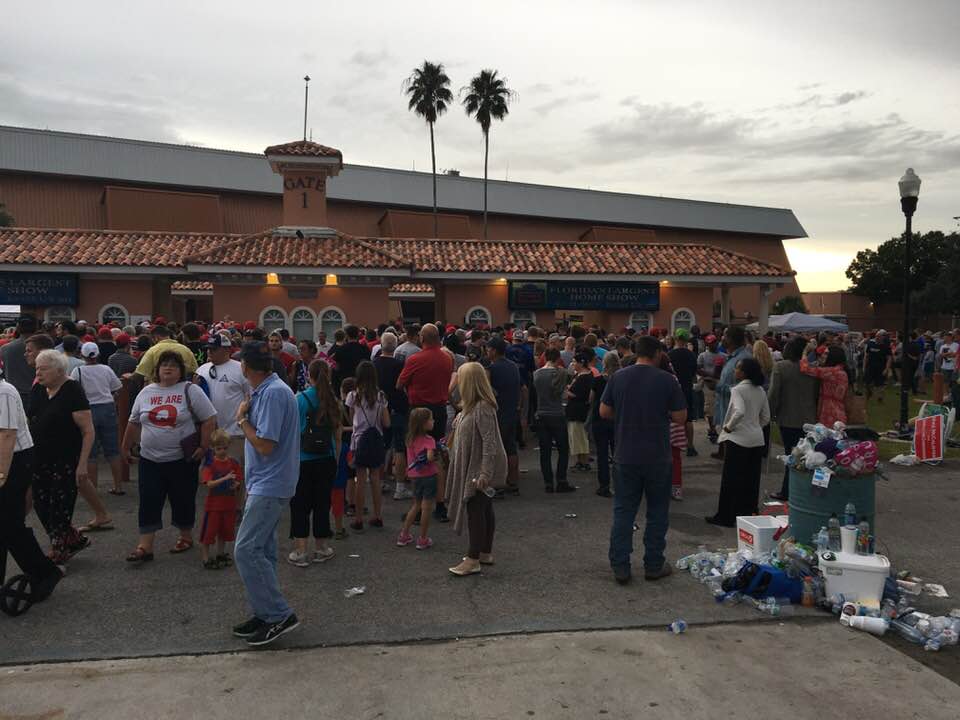 WMNF’s News & Public Affairs Director and Radioactivity program host Rob Lorei covered President Trump’s rally for Ron DeSantis, one of the Republican gubernatorial candidates. The rally was held at the fairgrounds east of Tampa, Tuesday, 7/31/18. Estimates of the crowd varied from 5,000 to 8,000 attendees. Rob also discussed the rally on his 8/1/18 show (linked to above).

Here are some of the videos that Rob shot outside and inside the rally.

Anti CNN protest at Trump rally. Rob said that Jim Acosta of CNN talked to many people in the crowd, and later walked through the crowd to get his camera person a drink, even though the crowd had been very hostile to him.

A sweep view of the crowd at Trump rally right now. Trump about to take the stage. The Secret Service stopped letting people in when Trump was about to go onstage.

President Trump claimed last night there was a huge screen outside where thousands who couldn’t get into the rally could watch. I went outside and could not find the large screen nor could I find thousands. (There we’re indeed hundreds left outside.) – Rob Lorei

More protest footage from outside the rally

Protestors being escorted out