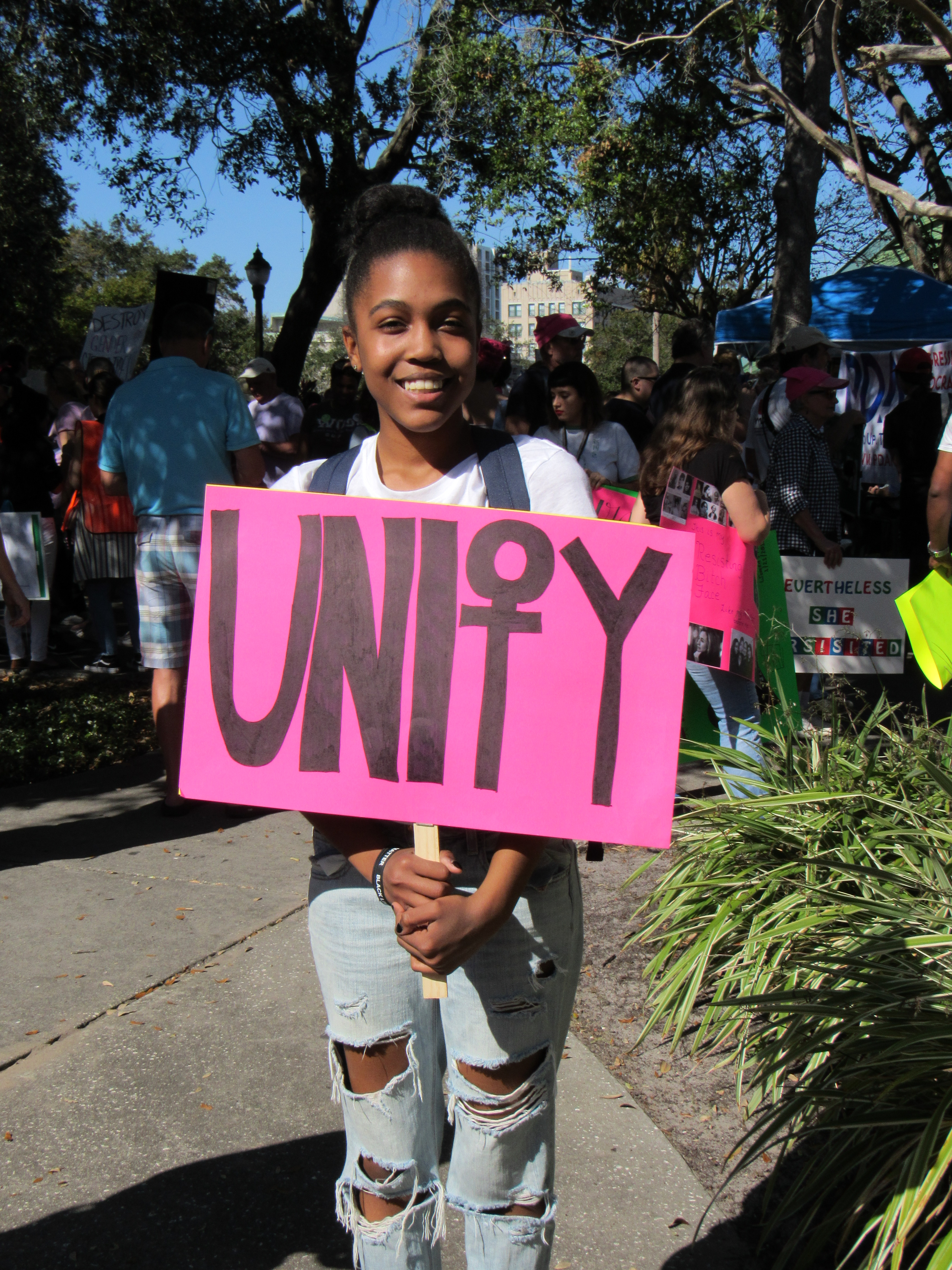 Supporters of an Equal Rights Amendment to the U.S. Constitution will rally outside the Bradenton office of State Senate President Bill Galvano on Monday.

WMNF interviewed Amy Weintraub. She is with Progress Florida and the Pinellas National Organization for Women.

“The ERA is the Equal Rights Amendment, which would give everyone, regardless of gender, the constitutional guarantee of all the rights applying to them. And so, obviously, that would give guaranteed equal rights to males and females. Thirty-seven of the necessary 38 states have already ratified the ERA. And a bunch of us in Florida, a whole bunch of us, are working to make Florida to 38th.”

SK: How does that happen in Florida?

“Actually, our state legislature would have to vote to ratify the ERA. Again, it’s happened in 37 States. Now another barrier is the fact that the deadline for that ratification has passed. So, in addition to a 38th State being needed, we also will have to get Congress to extend that deadline, so that all of those previous ratifications will still count.”

“In other states, this has not been a partisan thing. So, we feel strongly that we need to reach the hearts and minds of these Republican leaders, that you’re mentioning, in Tallahassee and in DC, and convince them that what’s good for women is what’s good for families. It’s what’s good for our economy. And, that it’s in their best interest.”

“He (Bill Galvano) is the Senate president in the Florida Legislature and he is a key leader. He is also a Republican. So, we really are hoping that women of all parties will come, and have a presence there, be visible, to show him that this is something that’s really important to 50% of Floridians that will have impact on us as women. So, we are going to Bradenton to his home office because we hope that he’ll be there and he’ll see us, and will influence him.

“And, why Monday, is because it is Women’s Equality Day. That’s always on August 26th, the anniversary of women no longer being discriminated against in the voting booth, that gave many women, especially white women, the right to vote. And, this is a 99th anniversary of that day. So, we thought there was no better time than that to also be pushing for ratification of the ERA.

“In fact, our event here in Tampa Bay is in Bradenton, outside Senator Galvano’s office. But there are also other events happening around the state, at the offices of other key legislative leaders. We are really, really focused trying to rally the numbers to get to Bradenton. The other events are in Hialeah, Naples, Longwood, and Tallahassee.”

SK: Is there anything else that people should know about the ERA?

“The fact that the ERA does not say anything about women, specifically. It’s gender-neutral. It says equality of rights under the law shall not be denied or abridged by the U.S. or by any state on account of sex. And, I really think that’s very American. And, I think that is what most people think. In fact, polls have shown that it is very, very popular across the United States. 94% of Americans support the amendment guaranteeing equal rights for men and women. In fact, most people already think the Constitution has that guarantee, which it doesn’t.