Home WMNF News Working people in St. Petersburg struggle to afford living in the city in which they work 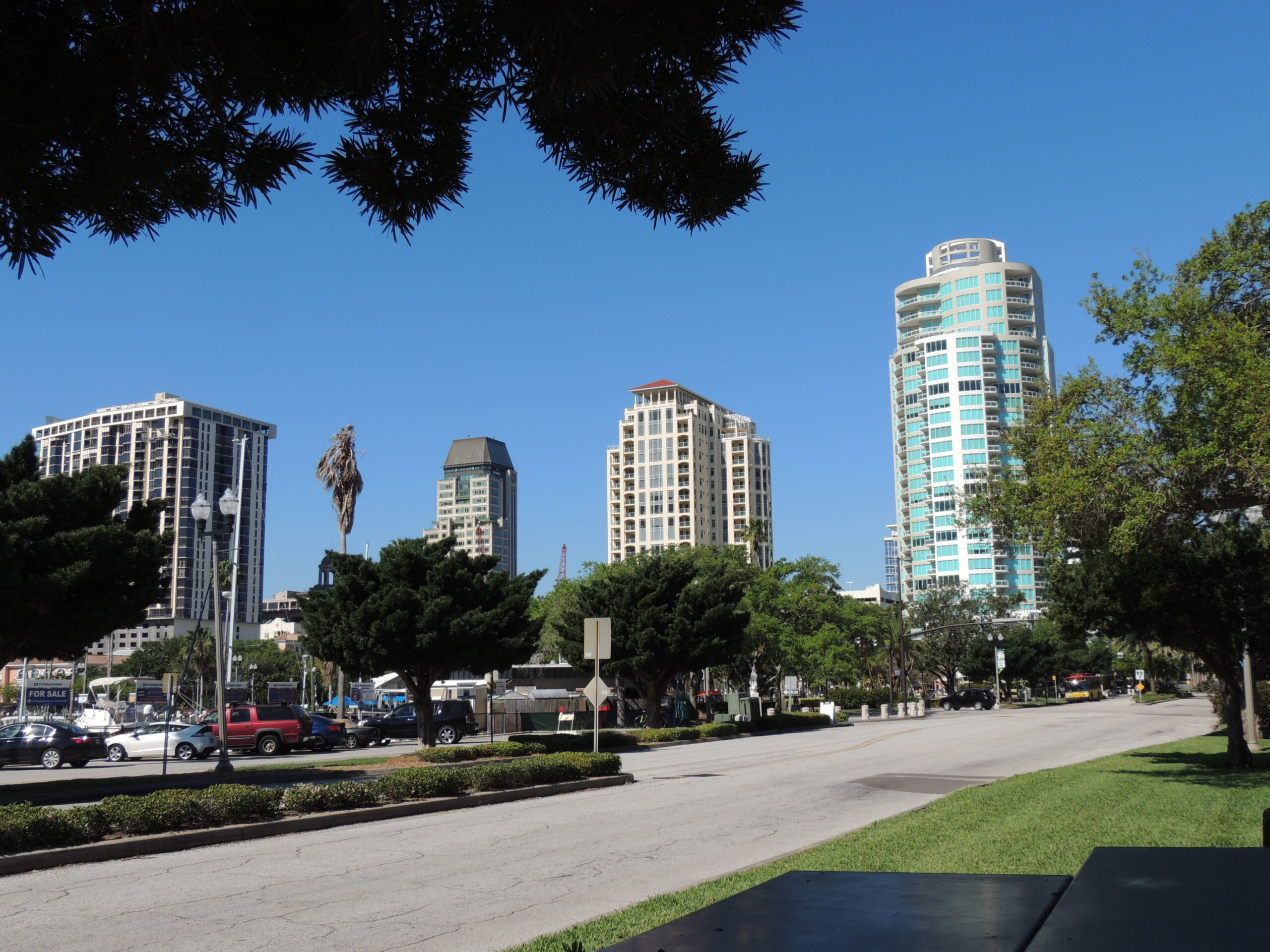 The Tampa Bay region has been the hotspot for some of the highest rent increases in the entire country, and it’s pushing people in what were once solidly middle-class jobs out.

Belcastro teaches 11th grade English at St. Petersburg High School. He moved to St. Petersburg eight years ago, from up north. He’s worked multiple jobs, including a job for the city and the Pinellas County Housing Authority. He holds two college degrees, and currently makes $49,000 a year teaching full-time.

He loves what he does. But he says it’s hard to make ends meet in St. Petersburg right now on a public school teacher’s salary. Earlier this month, Belcastro made an Instagram post, sharing that he faced the prospect of leaving St. Petersburg, and his students, after his landlord told him he’d be doubling the 35-year-old teacher’s rent, from $1,100 a month for a one-bedroom apartment in the Old Northeast neighborhood to at least $2,200.

When that happened, Belcastro said, “I just spent the rest of that day, like, trying to figure out my life.”

He’s not the only one who’s struggling to navigate an increasingly unaffordable rental market. Last year, St. Petersburg had the third-highest jump in rent nationwide, and many local renters are cost-burdened, spending 30% or more of their income on housing.

The average rent for a one-bedroom apartment in St. Petersburg is currently about $1,600. That’s roughly 19% higher than it was a year ago, according to Zumper, when rent prices were already on the rise. For homebuyers, it’s not any better.

Wages, on the other hand, haven’t kept up. According to the Tampa Bay Times, Tampa Bay homes in the first quarter of 2022 sold for 6.4 times the average income of a first-time homebuyer. Florida’s minimum wage currently rests at $10 an hour for non-tipped employees. And that’s not enough to cover the cost of an apartment pretty much anywhere.

Belcastro said that his landlord dropped the rent hike on him during finals week, of all times, this past semester. “I have, like, 180 final projects to read and grade, and do presentations and all this other stuff. And this whole time I’m wondering, like, am I gonna have a roof over my head?”

According to the St. Petersburg nonprofit, Gulf Coast Legal Services, there are currently no restrictions in the city on how much a landlord can increase a tenant’s rent. But there is a way to do so.

Attempts to limit or prevent astronomical rent increases have materialized elsewhere in the United States, in the form of rent control. That kind of measure is difficult to implement in Florida because of state preemption laws. But it is possible for cities and counties in Florida to implement, and the idea has support among some Democratic lawmakers.

To pass a rent control measure in Florida, city leaders must first declare a housing state of emergency, then bring the measure to voters to decide. That fight to get rent control on the ballot is currently ongoing in Orange County, while city leaders in Tampa and St. Petersburg have already shot down calls for rent control proposals, citing concerns about legal costs, should landlords or other industry interests try to sue over it.

Local activists and general members of the public have told city leaders the crisis of unaffordable housing in the region has become an emergency, and it’s time to take action. At a city meeting last month, Tangela Butler, a Pinellas County school bus driver, told city leaders she was seeing a greater number of students and families struggling to maintain stable housing.

“I’ve been driving for 19 years, faithfully every morning, getting up every day, picking up the world’s most precious cargo, as they like to say,” Butler told members of St. Pete City Council and Mayor Ken Welch. “And these past couple of years, I’ve never encountered dropping off as many kids as I have at homeless—I mean, motels. These children are living in motels.”

Butler told city leaders she’d faced her own recent struggles with housing. When her landlord decided to sell her building last year, she had to move. And when she did, she faced an extra $500 a month in rent.

Belcastro, the public school teacher at St. Pete High, was forced to find a new place to live, too. Paying $2,200 a month to continue living in his home of eight years was out of the question.  His landlord offered him $1700 a month at another one of his newly-renovated apartments in Historic Kenwood.

He took his plea for any help in finding an affordable place to live to social media. He began making plans to leave the state, to move in with family temporarily. But then, less than 24 hours after he created a post on the neighborhood app NextDoor explaining his situation, someone reached out.

Horrified by his story, Belcastro says an older woman in the area offered him a place to stay in a small, 20th-century house that she and her husband rent rooms out of. “It’s super nice,” he said, of his new home.

Now, Belcastro lives right across the street from where he works. His new monthly rate of $1,350 for the first six months, then $1,400 after that, is affordable, for now. But he’s not sure the city will still be affordable for him, or other young, frontline workers in the city — let alone long-time residents and the city’s own employees — one year, or two years down the line.

As it is, seven teaching positions at St. Pete High School have been cut due to low enrollment, according to the Pinellas County school district. A district spokesperson said, however, that no teachers have been displaced by the cuts. Two teachers left voluntarily, before the end of the school year. Two educators retired. One transferred to Pinellas Park High School. One resigned from their job earlier this year, and another is considering whether to retire or transfer to a different school, according to a spokesperson for the district.

Belcastro wonders if the drop in enrollment is tied to the rent and housing cost spikes. “We’re losing teachers because there’s not enough kids. They’re going to different schools. They’re going elsewhere because people can’t afford to live here.”

In the short term, the teacher thinks the city or state could do something about price-gouging, to make sure landlords aren’t displacing residents by raising rent an “insane” amount.

The 35-year-old teacher said he lives simply. With a laugh, he quipped, “I am not the exorbitant ‘avocados Millennial’. But now it’s like, okay, if the salaries aren’t keeping up with the expenses, something’s got to change. You either curb the expenses, or you’ve got to raise the salaries.”

Are you a worker in the Tampa Bay area who’s considering moving (or already has) because of high housing costs? Have related news tips? Reach out to WMNF reporter McKenna Schueler at [email protected] to share your story.