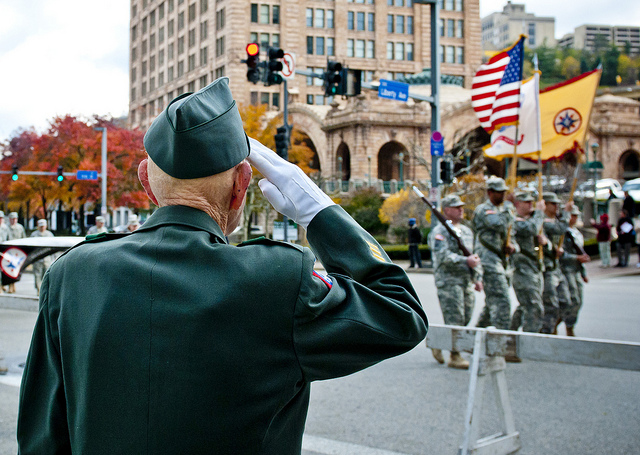 Our first guest on Radioactivity Wednesday is Retired Marine Staff Sgt. Johnny Joey Jones, who suffered tremendous injuries that resulted in the lost of both of his legs below the knee. During his last deployment to Afghanistan, Jones was responsible for disarming and destroying more than 80 improvised explosive devices (IEDs) and thousands of pounds of other unknown bulk explosives,  it was  during that tour, on August 6, 2010, when he lost both of his legs above the knee. He is  now the COO of Boot Campaign, a non-partisan, non-political, non-profit which is focused on supporting both active duty men and women as well as veterans while also promoting patriotism. He will be speaking a conference on  Veterans’ Welfare, Government Reform, and Emerging Threats of Terrorism, that will be held from 8 a.m. to 1 p.m. on Friday, April 8, at SPC’s Seminole Campus.

Then, on the month of the 400th anniversary of Shakespear’s death, we look at the Bards continued relevance in popular culture. Our second guest today is Douglas Lanier, Professor of English at the University of New Hampshire.He’s studied the history of Shakespeare’s many cameo appearances in advertising from the nineteenth century to the present. Lanier is the author of Shakespeare and Modern Popular Culture (2002).

Finally, we discuss a video that is going viral over the internet that captured a woman confronting Gov. Rick Scott as he stopped for coffee Tuesday in Gainesville.