Home Blog News and Public Affairs Is Donald Trump a Sign that Fascism on the Rise in the US? 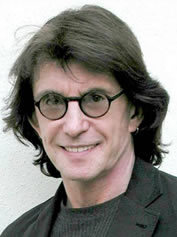 Wednesday afternoon Donald Trump held a campaign rally at the Tampa Fairgrounds, his forth in Tampa since the start of his campaign. Although Donald Trump’s three previous rallies in Tampa have been peaceful—at least one was marked by a shouting match between his supporters and his opponents. At other Trump rallies across the country there have been several incidents of violence. Trump himself has suggested several times that violence is a way to deal with protestors or others with whom he and his supporters disagree. On Radioactivity Wednesday, our guest Henry A. Giroux,  McMaster University Professor for Scholarship in the Public Interest, says that Trump’s call to respond to dissent with violence is encouraging an atmosphere of “Neo-facism”.

Giroux  is  The Paulo Freire Distinguished Scholar in Critical Pedagogy. He also is a Distinguished Visiting Professor at Ryerson University. His most recent books include The Violence of Organized Forgetting, Dangerous Thinking in the Age of the New Authoritarianism, and  coauthored with Brad Evans, Disposable Futures: The Seduction of Violence in the Age of Spectacle. Giroux is also a member of Truthout’s Board of Directors. He has a new book out called is America at War with Itself?