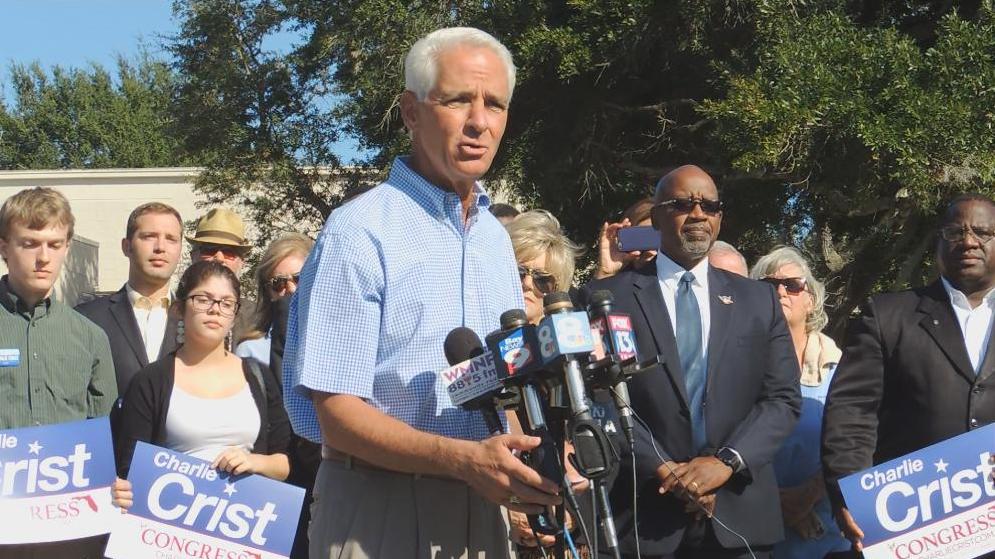 “Well, I am very honored to be Congressman Crist’s guest for Donald Trump’s speech, but, I know that other congressmen and representatives invited other families that are immigrants and who have been impacted by the immigration ban. So, I’m honored to be a part of that group.”

“I am working with a resettlement agency to help a family from Syria emigrate into St. Petersburg, Florida and I have contacted the agency and they’re willing to help. I wanted to do this project because I listen to National Public Radio a lot and I hear segments on the struggles and the process of emigration and how hard it is for immigrants to enter the United States, especially immigrants in Syria. After hearing, like how hard it was, it really made me want to help them.”

“I hope he sees that not everyone is flawed and almost no one is a terrorist, so I hope that he can let people in without fear of terrorism, because what these people want is just a better life and an education and a life that is isn’t hard for them.”

Is there anything else that our listeners should know?

“I hope that more people get involved and try to help with the emigration process and I hope that my project will continue, despite our current President.”

Here’s what U.S. Rep. Charlie Crist said when WMNF asked him why he was inviting Hess:

“I was moved by the letter he wrote to me, talking about how he wanted to reach out and help relocate a Syrian family to Florida and it just touched my heart. For a man as young as he is–I think he’s 14, all of 14–to have that level of concern and maturity about our fellow man, was just very, very impressive to me.”

“Well, I don’t support it. What I support is, you know the heart and the mindset and the soul, frankly, of somebody like Oliver, young Oliver, and the fact that he believes that America needs to be a beacon of hope and light and that we need to open our arms to others.

Some of your colleagues are inviting immigrants to be their guests. How do you feel about President Trump’s stance on immigration?

“I don’t think much of it, from what I know of it and I don’t know that he’s fully laid out a comprehensive plan about it, but, if it’s anything like or akin to the ban, it’s not good and it’s not what America has always stood for.

“I am the grandson of immigrants, for crying out loud and it strikes me that somebody like my grandfather, who emigrated from the Greek island of Cypress in 1912, he was 14 years old–just like Oliver is 14 years old–Adam Christodoulos did not have that opportunity to come here is not what America has always been about or my grandmother, Mary Poudy from just north of Beirut in Lebanon, to have the same opportunity to come to this country as an immigrant. As the grandson of immigrants, I’m very proud of them for having the courage to come here in difficult times and at a tender age. We outta keep encouraging that, so long as those who come are proven to be good, faith-minded, law-respecting, people.”

And finally, Congress member Crist, what do you hope to hear from the President at his speech tonight?

“What I hope for and what I think I’m going to hear may be two different things. But, what I always hope for is an uplifting message, an inspiring message of hope that talks about how important the future of our country is, to not just Americans, but, the world. So, I hope for that and we’ll see what we’ll get. I remain cautiously optimistic about it. You never know.”

Great. Thanks so much for your time today. I appreciate it.